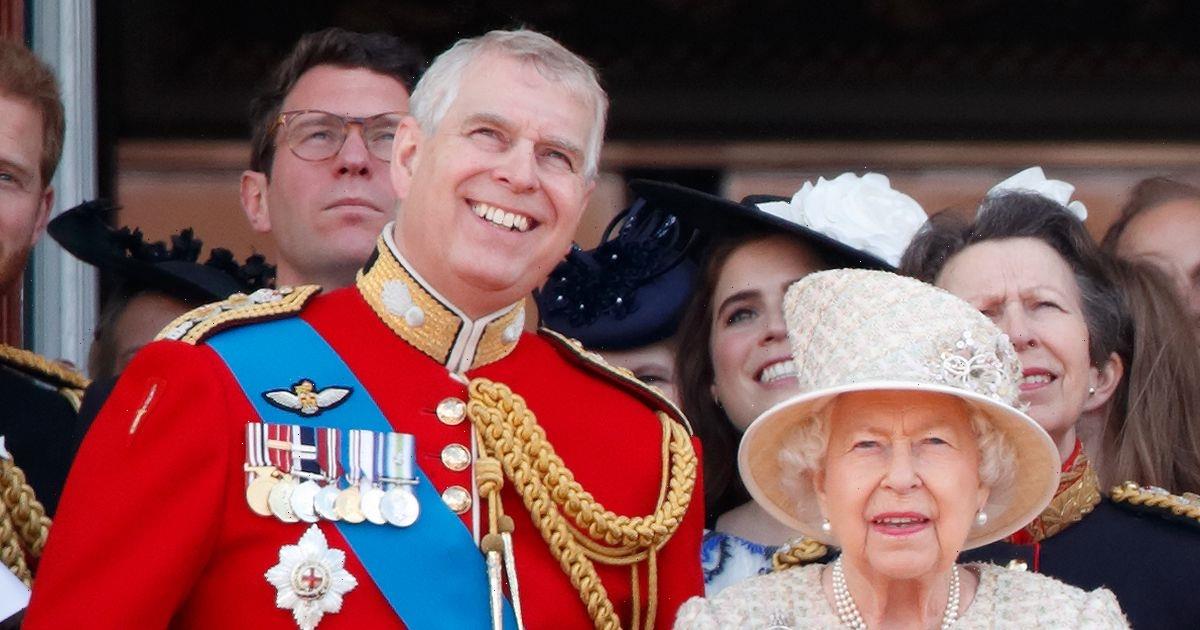 A palace spokesman said: “After undertaking a routine test the Duke has tested positive for Covid and with regret will no longer be attending tomorrow’s service.”

It is understood Andrew saw the Queen in the last few days but has been undertaking regular testing and has not seen her since he tested positive.

Andrew, 62, could not been seen on the balcony earlier today as only working royals were by the Queen's side for the Trooping the Colour.

It was announced earlier this month that the likes of Andrew, Prince Harry and Meghan Markle wouldn't be part of the balcony line-up.

A Palace spokesperson said at the time: "After careful consideration, the Queen has decided this year's traditional Trooping the Colour balcony appearance on Thursday 2nd June will be limited to Her Majesty and those members of the royal family who are currently undertaking official public duties on behalf of the Queen."

The duke was cast out of the working monarchy and no longer uses his HRH style after Virginia Giuffre, who was trafficked by Epstein, accused him of sexually assaulting her when she was 17. The duke denied the claims.

Andrews illness comes after the Queen herself contracted the virus back in February, sparking the 96 year old monarch to cancel a handful of events.

Her Majesty was said to have experienced "mild cold-like symptoms" and received medical attention.

It's unclear what symptoms Prince Andrew has had.

Speaking after recovering from Covid, the Queen said the ordeal was "exhausting".

The monarch spoke with NHS staff and former patients as a 155 bed Coronavirus ward, named after the monarch, was unveiled.

She told Asef Hussain, a former Covid patient, and his wife, Shamina in April: “It does leave one very tired and exhausted doesn’t it, this horrible pandemic. It is not a nice result.”

Check out all the latest hot topics on OK! magazine’s news section and discover exclusive celebrity news about your favourite soap actors and reality stars.

We're also on Facebook.com/okmagazineuk – for the latest online celebrity news, features, galleries and videos throughout the day from your favourite site.