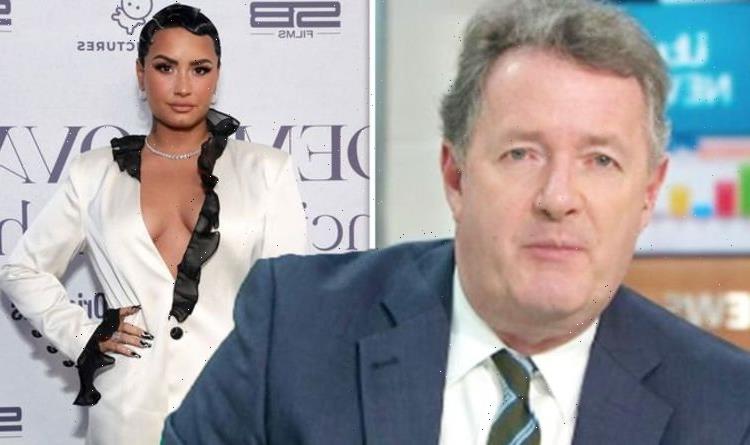 Demi Lovato announces they are non-binary

Piers Morgan, 56, has vented his frustration at Demi Lovato, 28, after they criticised people for commenting on other individuals’ weight without knowing their history with food, in a poignant social media post. The singer opened up about eating disorders and urged people to not comment or compliment people no matter if their intentions are “pure”.

The former Disney star, who rose to fame in the 2008 film Camp Rock, recently took to Instagram and shared a candid post.

“If you don’t know someone’s history with food, please don’t comment on their body.

They continued: “Because even if your intention is pure, it might leave that person awake at 2am overthinking that statement… 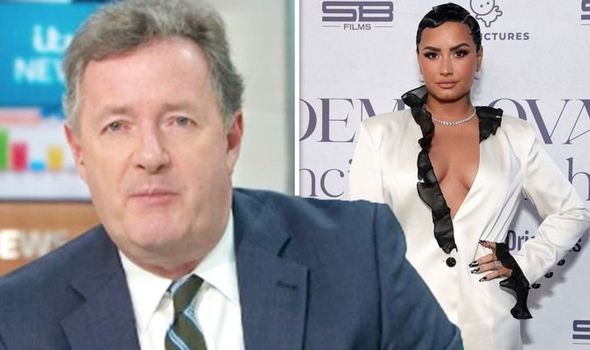 “Does it feel great? Yeah sometimes.

“But only to the loud ass eating disorder voice inside my head that says ‘See, people like a thinner you’ or ‘If you eat less you’ll lose even more weight.’

“But it can also sometimes suck because then I start thinking ‘Well, damn. What’d they think of my body before?'”

They concluded: “Moral of the story: I am more than the shell for my soul that is my body and everyday I fight to remind myself of that, so I’m asking you to please not remind me that that is all people see of me sometimes.”

Piers has since taken to Twitter and fumed over the singer’s latest message after they came out as non-binary last week.

This is not the first time Piers has reacted to Demi after the former GMB presenter raged at the singer branding them “arrogant” after they hit out at a Los Angeles-based frozen yoghurt business.

The singer had claimed the company had positioned their “diet foods” at the front of their store which they had taken issue with.

The outspoken former Good Morning Britain presenter said at the time he was “furious” with Demi and claimed they had attempted to “destroy a small business”.