The presenters shared their thoughts about the President’s theory with guests Nicola Thorp and Matthew Wright.

During the discussion, Phillip said: “Well he is still with us… sadly.”

Viewers of the show immediately flocked to Twitter to slam the presenter for his comments, with many insisting he was referring to Trump still being alive.

The presenter has since hit back on Twitter, telling fans he was speaking about Trump still being in the presidential office. 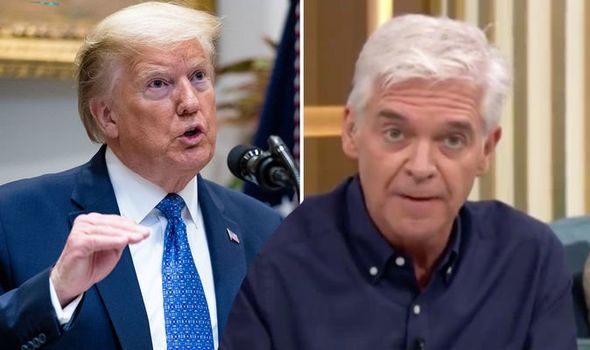 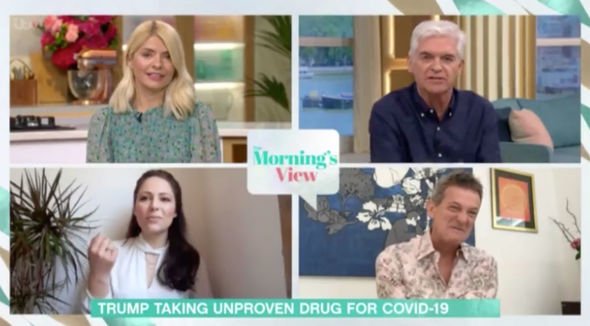 Phillip shared a snippet from a news article, which highlighted his comment.

In view of his 4.5 million followers, he wrote: “Still in OFFICE!! Not still alive FFS!!!”

One of his fans replied: “Both things are still very unfortunate though.”

Phillip replied: “Absolutely, it is extremely unfortunate that he’s still in office and sanctioning treatments that could kill people.” 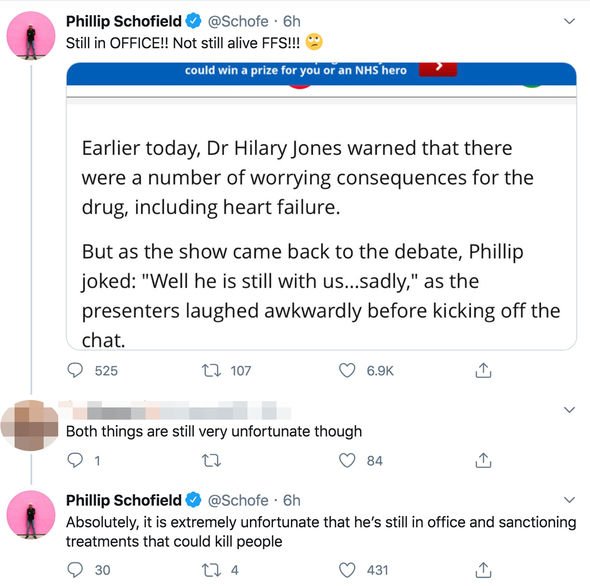 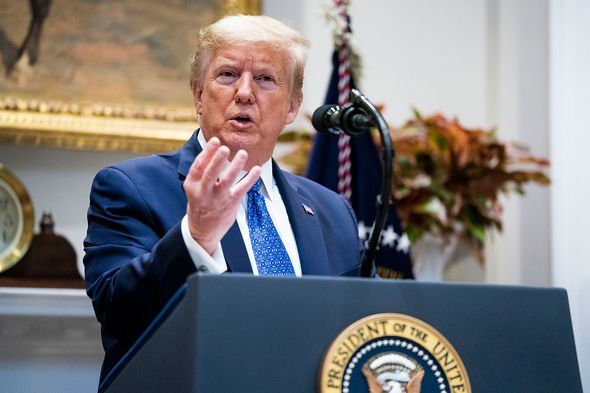 Ahead of this, ITV viewers had queried the context of Phil’s comment during the show.

One viewer wrote: “@thismorning think @Schofe comment regarding @realDonaldTrump is disgusting and he should be made to make an apology or he shouldn’t be on the TV anymore as these comments are not acceptable #ThisMorning.”

A second penned: “So @Schofe does @realDonaldTrump know you wished him dead live on tv? Whatever happened to #BeKind.”

A third commented: “People just hear what they want to hear, which is why we are all in this mess in the first place x.”

In a recent conference at The White House, Trump said he is taking Hydroxychloroquine to ward off the deadly coronavirus.

On how he has evidence about such positive benefits, the President added: “Here’s my evidence, I get a lot of positive calls about it.”

Despite Trump’s theory, there is currently no proven evidence that the drug can fight the coronavirus.

The drug is mostly used to treat malaria as well as lupus and should not be taken unless advised by a health professional.

ITV’s Dr Hilary Jones has warned citizens about the worrying consequences for taking the drug, which could lead to heart failure.

He said of possible side effects: “It can cause heart failure, very toxic to the liver so therefore there are no benefits shown in the clinical trials.

“In fact, it could be dangerous. It’s quite a toxic drug, it needs to be used very carefully.”