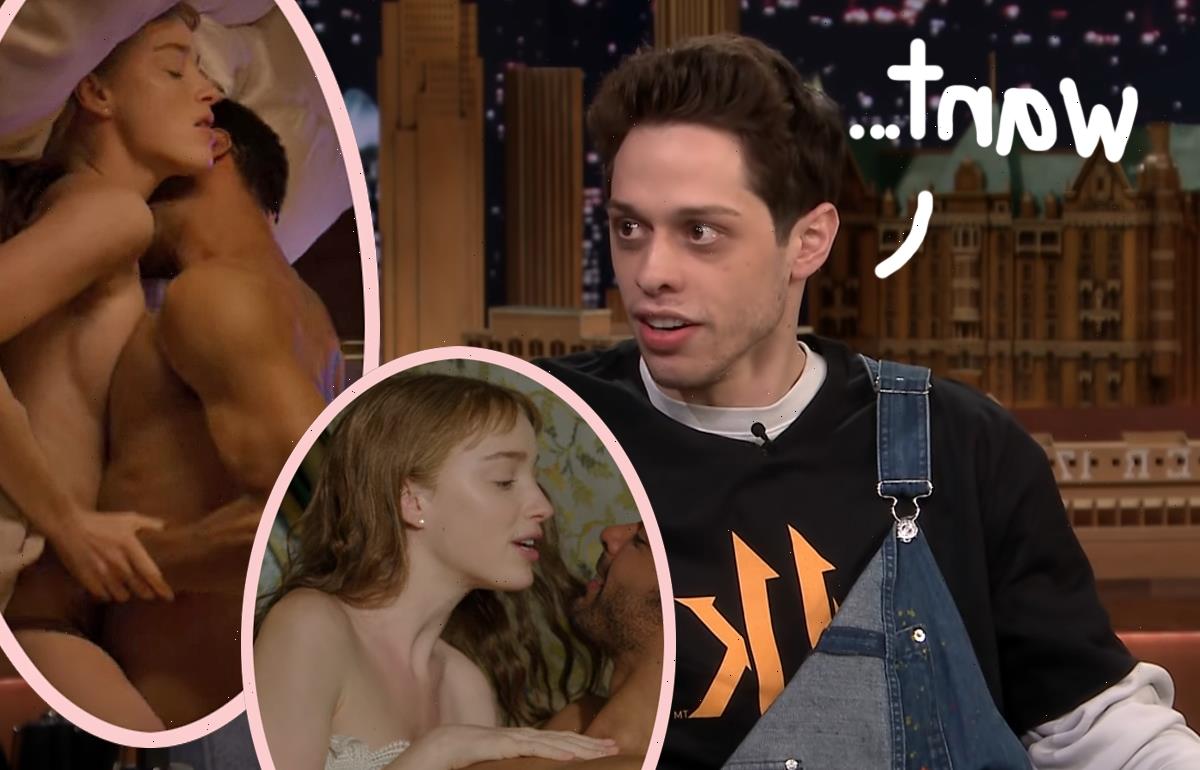 Y’all, is this romantic… or creepy??

We knew Pete Davidson had been charmed by Phoebe Dynevor — as had we all. What we didn’t realize was that he fell for her in the same way as the rest of us: by watching Bridgerton!

A Los Angeles pal of Pete’s spilled to UK paper The Mirror on Tuesday that the Saturday Night Live cast member became a big fan of the Netflix hit and was entranced by Daphne Bridgerton and her story:

“Pete just loved Bridgerton and just got totally tripped out by Phoebe.”

Not only that, the insider says Pete told friends he found the actress “hot as hell” — and it was all those steamy scenes with Regé-Jean Page that convinced him she was the one.

“We all joked with him about the naughty scenes, and of course he confessed he found them hot. He binge watched the show and felt it was his destiny to meet her.”

Well, that “celebrity crush” comment was legit. But his destiny? Really? In classic American fashion, he made his destiny manifest. A source told ET last month that Pete and Phoebe “met at a gathering in NYC and really hit it off.” But it sounds now like that wasn’t exactly a chance encounter.

We know her co-star hosted SNL on February 20. Is it possible Pete asked Regé-Jean to introduce them at the afterparty? The timing is just right…

We’ve heard recently that Pete is telling friends he’s really serious about the starlet. But it sounds a bit now like he was serious before even meeting her! His El Lay pal says he fell “hard for Phoebe” just from watching the show:

That, at least, no one can deny. Pete has had a string of high-profile relationships over the past couple years which have all been with “fresh faced, youthful, innocent looking” beauties. First there was Cazzie David, a humorist and the daughter of Curb Your Enthusiasm star Larry David. Then there was the infamously quick engagement to Ariana Grande — which ended just as quickly.

Shortly after that, Pete rebounded with Once Upon A Time In Hollywood breakout Margaret Qualley (the daughter of Andie MacDowell). That lasted just four months. Then apparently immediately afterward he dated then 18-year-old model Kaia Gerber for three months — it doesn’t get more “fresh-faced” and “youthful” than that without getting illegal. BTW, Kaia is the daughter of supermodel Cindy Crawford. Funny how he ends up with the children of so many famous folks, isn’t it?

Phoebe, as it turns out, is the daughter of Sally Dynevor, star of long-running UK drama Coronation Street. Probably just a coincidence.

Anyway, we have to ask — what do YOU think of Pete falling for Phoebe based on her revealing role? Is it romantic? Love at first sight through a TV screen? Or lustful obsession that has nothing to do with the real person??