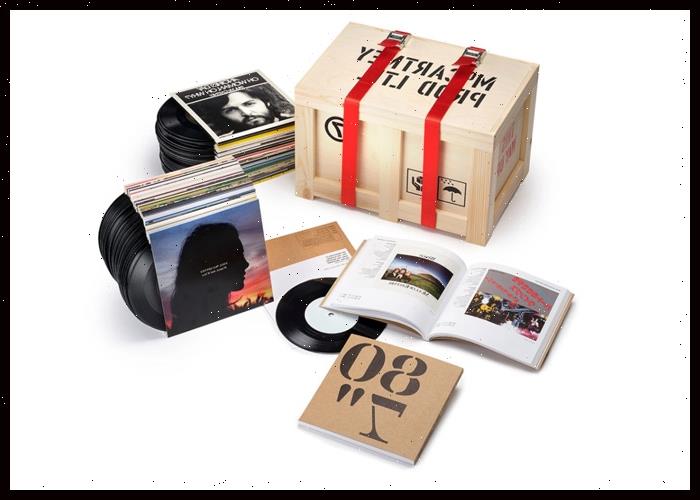 Along with the announcement, McCartney released rare 1971 mono recordings of “Uncle Albert/Admiral Halsey” and “Too Many People” from the box set.

“I hope the songs in this box set bring back fun memories for you too. They do for me, and there will be more to come,” said the Beatles singer and bass guitarist.

The box set includes 163 tracks totaling over 10 hours of music and will also be released digitally.

The 80 singles included represent half a century of Paul’s life showcasing his prolific creativity and relentless innovation. The box set features recreations of 65 singles – complete with their original B-sides (using restored artwork from 11 different countries) as well as 15 singles never before released on 7″.

Pre-order is available at https://pmc.lnk.to/7inSinglesBox for the limited set of 3,000 copies.