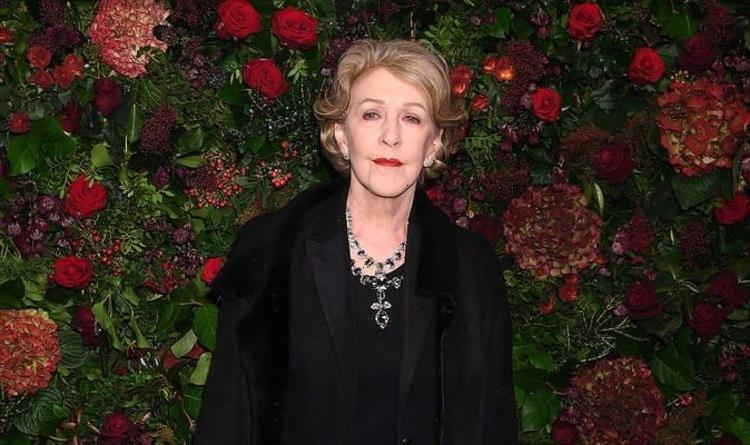 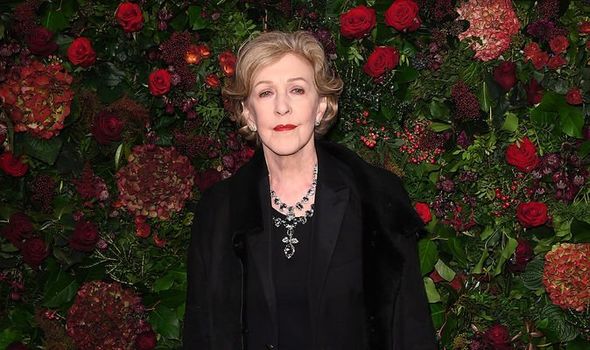 Last night viewers finally saw Patricia’s debut as the wonderfully eccentric Mrs Pumphrey, obsessive owner of spoiled lapdog Tricki Woo, in the second series of All Creatures Great And Small. Patricia, 75, takes over the role from the late Diana Rigg who died last September. And the casting came as a surprise to Patricia who had watched series one, never dreaming she would star in series two.

“I watched the first series of the show but did so with no knowledge that I’d be stepping in, in any way,” Patricia explains. “I hadn’t anticipated being put up for the role. My opening question to the makers was, did they literally want me to try to step into Diana’s shoes and do a kind of imitation of her Mrs Pumphrey?

“They said no and told me I should make of it what I wanted and what felt right. So, I’ve done my own take on her. It’s what happens when any actor takes on a role that’s been done before – especially in the theatre.

“Think of how many times Juliet or Hamlet or King Lear have been played – and very differently every time. My Mrs Pumphrey is not like Diana’s version and not like Margaretta Scott’s portrayal of the character in the original 1970s TV series either.”

But it is another one in a long string of “posh” roles she’s made her own, from barrister Phyllida Erskine-Brown in Rumpole of The Bailey, to pushy mum Penny in the sitcom Miranda.

So it’s a bit of a surprise to discover these women couldn’t be further removed from Patricia’s own background. Born in Cleethorpes, Lincolnshire, she grew up in the Royal Hotel in Grimsby, run by her parents. She went to the local girls’ grammar before training as an English and drama teacher at a state primary school in Hertfordshire.

She would not have come across many characters like Mrs Pumphrey. “She is the ultimate English eccentric in the most wonderfully British way,” said Patricia. “We’re so very good at breeding that particular kind of eccentric. Mrs Pumphrey is the kind of person who lives very much in her own world with her own truths, her own set of values and sense of reality. These aren’t like anyone else’s and that’s the humour in it.

“You look at her and how she goes about things and you can’t help but wonder which planet she’s on. Tricki Woo is absolutely her life which is why the people who work and live at the vets are so important to her. It’s almost like they are her adopted family.”

In the new series, Tricki is played by canine co-star, Derek, whose owner and trainer Jill Clark says he is perfectly cast. “He was born to do TV,” said Jill. “It’s just his character. He’s so nosey and wants to know what’s going on. But so clever and so easy to train.

“A normal dog can take two years, but with Derek it was just six weeks. I don’t know how to explain his character but he’s just a dude! Such a cracking little dog.”

Patricia agrees. “He’s the most divine dog in the world,” she said. “The most placid dog I have ever come across in my life. He is completely contented and just loves human company, so he just snuggles up to you. He adores being stroked – he goes into an almost dreamy state when you stroke him – and he takes direction almost to the letter.”

And that was a huge relief to his All Creatures ‘owner’ because Patricia has never worked with animals or had a dog of her own.

“I really like dogs and consider myself to be an animal lover but my parents ran a hotel and it just wouldn’t have been practical,” she said.

Patricia, who gave up teaching to go to drama school at 22, admits that her sons always wanted a dog.

“My sons longed for a dog but my husband Peter didn’t think it was a good idea. Peter wasn’t a natural dog lover plus he knew very well that, when it came down to it, he would be responsible for it – what with the boys being at school all day and me being away for work so often.

“With a dog, the whole family has to really want it otherwise it’s unfair on the dog.”

The couple married in 1976 and Patricia was devastated by Peter’s dementia diagnosis in 2013. He died in 2016.

Initially she cared for her husband of 40 years with the help of Alexander, 32, and Edward, 29, but then made the agonising decision to move Peter into a care home for the final three years of his life, a decision that left her wracked with guilt.

“It’s a lingering guilt and guilt is one of the most difficult things to deal with,” she said recently. “Towards the end of his life, I wasn’t sure if he recognised me as his wife, or whether he thought I was a carer. That was the hardest part, making the decisions that you would not want to make in a million years.”

Patricia considers herself fortunate to have been able to provide care for Peter so that she could “lose” herself in her acting work.

“I was forced into a situation where I had to make care arrangements in order to work. There are many people caring for loved ones with dementia where it becomes their whole life. It’s really important to have relief, otherwise you can drown in it,” she said. “You have to have support.”

The actress has also spoken of the impact on her sons of their father’s illness and death.

“He was such a strong dependable figure in the boys’ lives, so we live with great sadness in our hearts, but you just have to get on with life. These have been a difficult few years for our family.

“Alexander has struggled with it but he has also been magnificent. He has kind of got to be head of the family now, but I don’t lean on him. It’s up to him to choose his role.

“Not long ago, in all his pain, he said, ‘Mum, let’s not forget the wonderful things we have’. Hearing that was just 24 carat.

“More than anything in the world I miss family life. Those years of bringing up children and being in a unit are magical.”

Patricia admits that challenging new roles – like Mrs Pumphrey – and her sons are a constant comfort to her since Peter’s death.

“Work distracted me and kept my mind busy,” she said. “It meant I wasn’t completely submerged by his illness and then his loss. Being able to lose myself in another character was very helpful and therapeutic. That apart, though, I am constantly intrigued by the process of acting, unpicking a script or character and telling a story.”

She found another source of joy while filming All Creatures in the stunning scenery of “God’s Own Country” – the glorious Yorkshire Dales where the series is set.

“The Dales are simply heavenly,” Patricia says. “I was quite familiar with the area as I was born and brought up in Lincolnshire. I was also in the original stage production of Calendar Girls which was, of course, the story of the Women’s Institute group from the Yorkshire Dales who posed nude for an alternativeWI calendar in 1999.

“I’ve kept in touch with Angela Baker, the WI member I played, and I visited her while I was filming All Creatures.

“We were based in Harrogate for the duration. It’s a beautiful town but as we were filming during lockdown, it was very, very quiet. Away t lly. iately otel d from the set, the cast and crew couldn’t mix socially. We had to immediately return to our hotel rooms at the end of each day and eat takeaways on our own. Things became a bit more social as Covid restrictions began to ease.”

Like most of us, Patricia has fond memories of watching the original All Creatures in the 1970s and 80s.

“I tuned in every week along with everyone else. Funnily enough, I went on to work with all the main actors in the cast. I was in the sitcom Holding The Fort with Peter Davison (who played Tristan Farnon) for three series, I worked in the theatre with Christopher Timothy (who played James Herriot), and went on to work with Robert Hardy (Siegfried Farnon) and Lynda Bellingham (who played Helen Alderson) who are sadly both no longer with us.

“I also worked with Margaretta Scott (the original Mrs Pumphrey). This Channel 5 version of All Creatures is different but just as charming as the original.”

Patricia has also just finished filming whodunnit Murder In Provence for Britbox and next month takes to the stage at the Theatre Royal, Bath, with Nigel Havers in Noel Coward’s Private Lives. From early next year, they will be touring the production.

“It was written for two people in their 30s,” she reveals, “and we’re doing it as two people in our 70s. It will be a new take on it.” The question she is asked the most these days is will there be any more episodes of Miranda, the hugely popular sitcom starring Miranda Hart as Patricia’s accident-prone daughter?

“Miranda may suddenly be inspired to take it further but I don’t anticipate it.”

Shame. As Miranda’s mother Penny might say, it would have been… “such fun!”