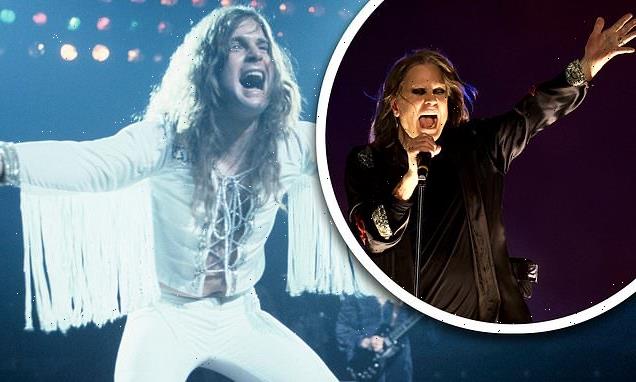 ‘The horse turned around and told me to f*** off!’ Ozzy Osbourne reveals he swore off taking acid after talking to the animal in a field for an hour

Ozzy Osbourne has revealed he promised he would never take acid again after he ended up talking to a horse for an hour in a field.

The rocker, 73, was convinced the mammal told him to ‘f**k off’ at the end of their chat, and from this moment he decided to steer clear of the class A drug.

The former Black Sabbath frontman – who has battled drug and alcohol abuse – said: ‘At that time in America, people were very fond of lacing your drinks with acid. I didn’t care’, reports the Daily Star. 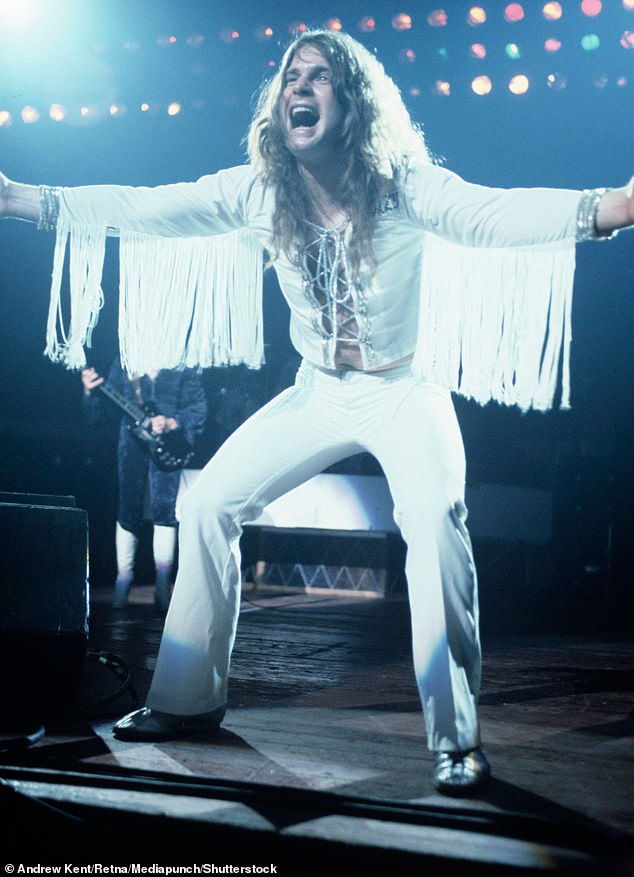 Revelation: Ozzy Osbourne has revealed he promised he would never take acid again after he ended up talking to a horse for an hour in a field

‘I used to swallow handfuls of tabs at a time. The end of it came when we got back to England. I took 10 tabs of acid then went for a walk in a field. I ended up standing there talking to this horse for about an hour.

‘In the end the horse turned round and told me to f*** off. That was it for me.’

Earlier this week Ozzy revealed he was told he could be paralysed for life after undergoing his first spinal surgery in 2019.

The Black Sabbath hitmaker returned to the stage this week in his hometown of Birmingham for the Commonwealth Games closing ceremony – just two months after ‘life-altering surgery.’ 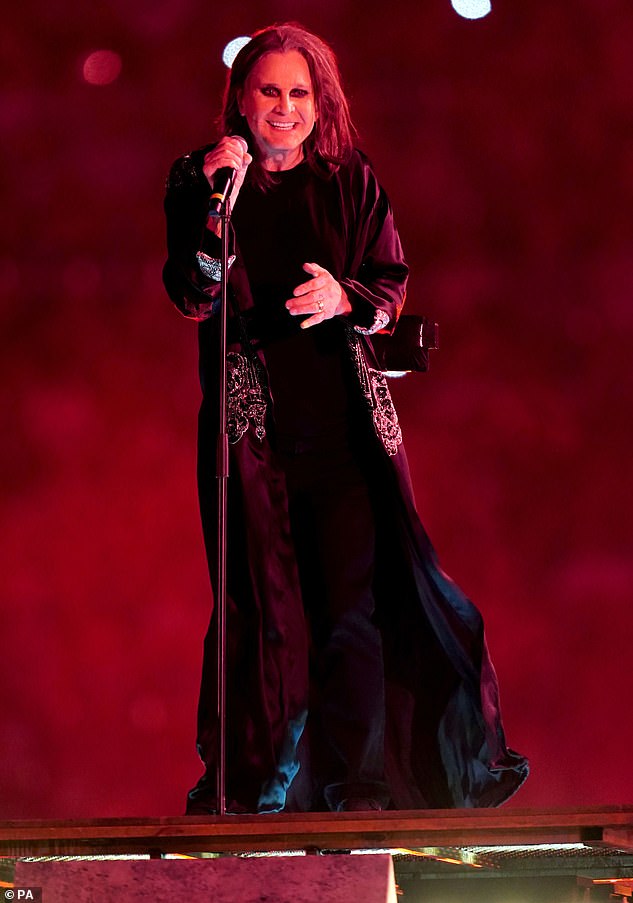 Comeback: Earlier this week Ozzy revealed he was told he could be paralysed for life after undergoing his first spinal surgery in 2019 (pictured at the Commonwealth Games)

Ozzy was diagnosed with Parkinson’s disease in 2019, and that same year suffered a horror fall that aggravated a neck injury from his 2003 quad bike accident.

The injury triggered previous nerve damage from his quad bike accident 17 years ago, where he fractured eight ribs and a vertebra in his neck on his English country estate.

He underwent spinal surgery which left him with 15 screws in his back, nerve pain in his neck, back, shoulders and arms, and the star fearing getting ‘bolts in his neck.’

Speaking to The Sun about the aftermath of his first operation, he said: ‘I was told, ‘You’ve got a good chance of being paralysed for the rest of your life’. ‘You just don’t expect the surgeon to be a f*****g butcher. I was left in agony.’

Discussing the impact his health woes had on his beloved wife Sharon, 69, he said:  ‘Never have I been laid up so bad for so long. It’s been breaking Sharon’s heart to see me like this but I will get back on tour if it f*****g kills me.’ 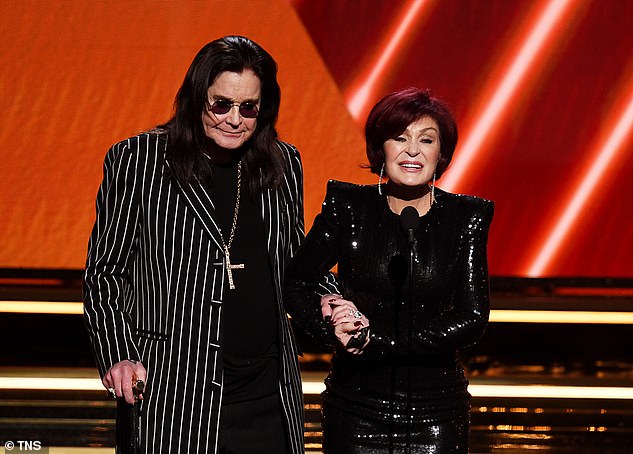 Battle: He underwent spinal surgery in 2019 which left him with 15 screws in his back, nerve pain in his neck, back, shoulders and arms, and the star fearing getting ‘bolts in his neck’ after a horror fall (pictured 2020)

Ozzy last tour show was in December 2018, where he performed at Ozzfest in Inglewood as part of farewell tour, No More Tours II.

This year, the rock icon has had two operations, the most recent of which took place in June, with Ozzy saying: ‘Thank God I found the right surgeon who knows how to deal with spinal problems. He had to cut nerves and you have to take f*****g nerve-pain pills, but I am getting better.’

Ozzy added that he is undergoing physiotherapy to ensure he gets back to peak fitness as he works on his 13th studio album.

The star added that his doctor had informed him he had the ‘mildest ever’ form of Parkin 2 – a form of Parkinson’s disease – and revealed he doesn’t shake at all.

The star praised his wife and children, including pregnant daughter Kelly, for getting him to call producer Andrew Watt, who worked on his last two albums.

A delighted Ozzy wowed his fans as he returned to the stage at Birmingham’s Alexander Stadium on Monday with the star saying ‘it doesn’t get any better than that.’ 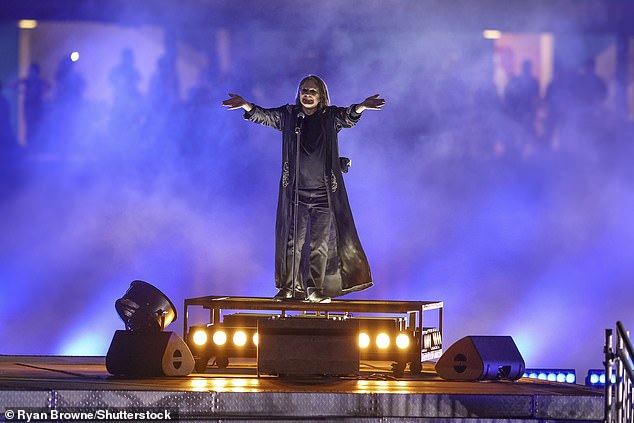 Comeback: A delighted Ozzy wowed his fans as he returned to the stage at Birmingham’s Alexander Stadium on Monday with the star saying ‘it doesn’t get any better than that’

It comes after Ozzy was discharged from a Los Angeles hospital in June after undergoing what Sharon called ‘a major operation’ that would ‘determine the rest of his life’.

Ozzy hasn’t performed since November 28 2020 in Germany due to being in recovery.

Speaking to Entertainment Tonight at Comic-Con in San Diego, he said of his health: ‘I like to see people, you know. That’s been the hardest thing of the past three years, because I’ve been trying to recover from my surgery.’

Revealing he is on the mend, he added: ‘I’m getting there. It’s a slow climb back, you know?’ 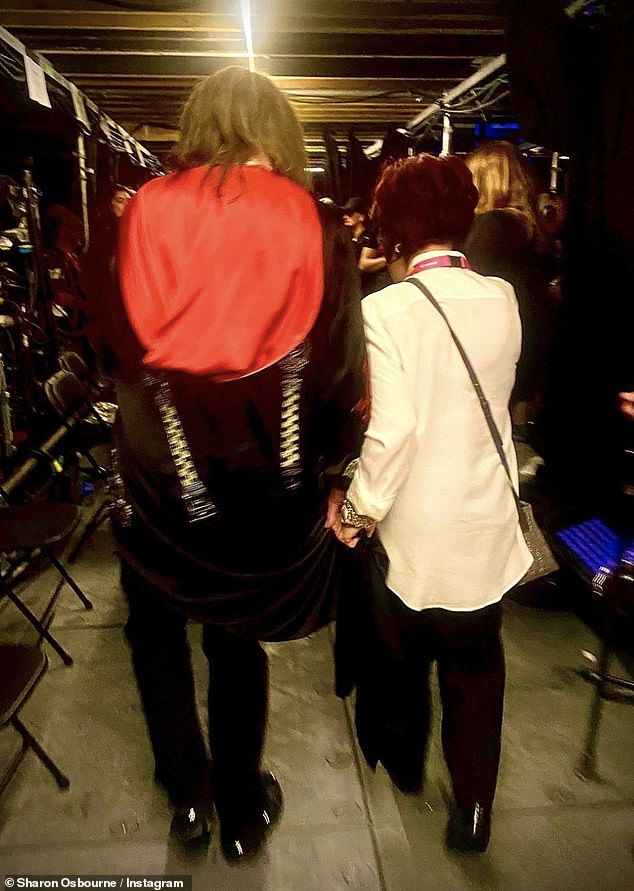 Sweet: His supportive wife Sharon was also in attendance at the Commonwealth Games

Ozzy said after undergoing the operation in June: ‘I am now home from the hospital recuperating comfortably.

‘I am definitely feeling the love and support from all my fans and send everyone a big thank you for their thoughts, prayers and well wishes during my recovery.’

His wife Sharon, 69, shared a message to her Twitter account the day after the surgery to thank her fans for sending their best wishes to the singer.

She also made a point of writing: ‘Ozzy is doing well and on the road to recovery!’

WHAT IS PARKINSON’S DISEASE?

Parkinson’s disease affects one in 500 people, and around 127,000 people in the UK live with the condition.

It causes muscle stiffness, slowness of movement, tremors, sleep disturbance, chronic fatigue, an impaired quality of life and can lead to severe disability.

It is a progressive neurological condition that destroys cells in the part of the brain that controls movement.

Sufferers are known to have diminished supplies of dopamine because nerve cells that make it have died.

There is currently no cure and no way of stopping the progression of the disease, but hundreds of scientific trials are underway to try and change that.