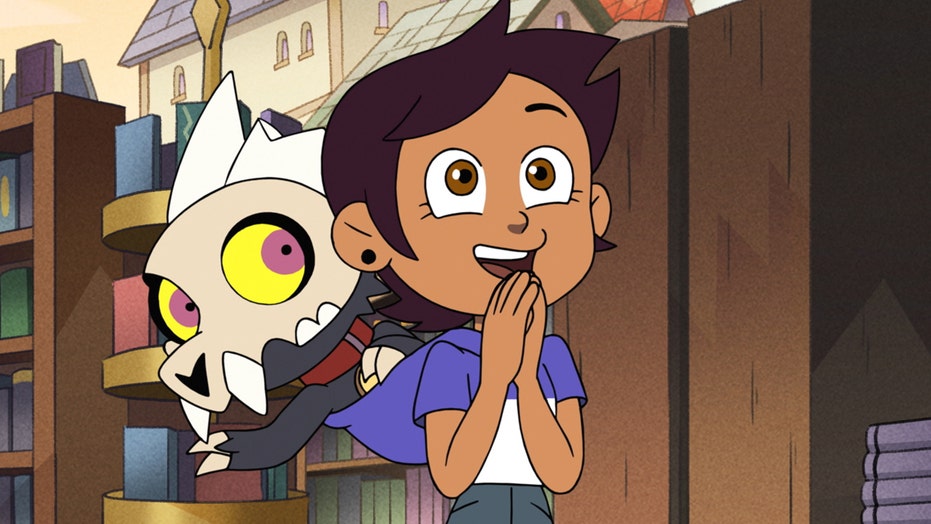 The announcement comes after the two episodes “Enchanting Grom Fright” and “Wing It Like Witches” aired and showed a blooming relationship between Noceda and a female character named Amity Blight.

Noceda previously expressed interest in male characters and later asked out Blight to grom, the witch world’s version of prom, where they danced together.

“In [development] I was very open about my intention to put queer kids in the main cast. I’m a horrible liar so sneaking it in would’ve been hard,” Terrace, 29, wrote on Twitter. “When we were greenlit I was told by certain Disney leadership that I could not represent any form of bi or gay relationship on the channel.”

She added: “I’m bi! I want to write a bi character, dammit!”

“Luckily my stubbornness paid off and now I am very supported by current Disney leadership,” Terrace declared.

The “Owl House” creator continued: “Representation matters! Always fight to make what YOU want to see!”

“As ‘OH’ continues I can't wait to explore things that are important to me and my crew,” Terrace concluded. “Looking forward to the next chapter.”

The series creator later admitted that she “will never be fully aligned with Disney as a company,” but said she wouldn’t “fully blast” the execs who served as her allies. The company did not immediately respond to Fox News' request for comment.

Disney has had a few openly LGBTQ characters, but they’ve primarily only been in minor roles.

“Onward” showcased the character Officer Spector, voiced by Lena Waithe, who identified as a lesbian. “Andy Mack” character Cyrus Goodman, played by Joshua Rush, had a character development realizing he was gay. Additionally, the Pixar film “Out,” which launched on Disney Plus had a gay lead character.