Sam Heughan and Caitriona Balfe’s characters, Jamie and Claire Fraser, have become one of TV’s most beloved on-screen couples. The Outlander stars make the romance believable. And according to the series’ showrunner, it was Heughan and Balfe’s chemistry test that convinced him to cast them in the roles.

Outlander is based on author Diana Gabaldon’s book series of the same name, and it features intense larger-than-life characters fans had already grown to love. When Gabaldon (who is also an executive producer) and series’ showrunner Ronald D. Moore started looking for an actor to play Jamie Fraser, they knew it would be tough.

“How do you find the king of men?” Moore said when talking to Collider. “This heroic figure, this Scot?’” 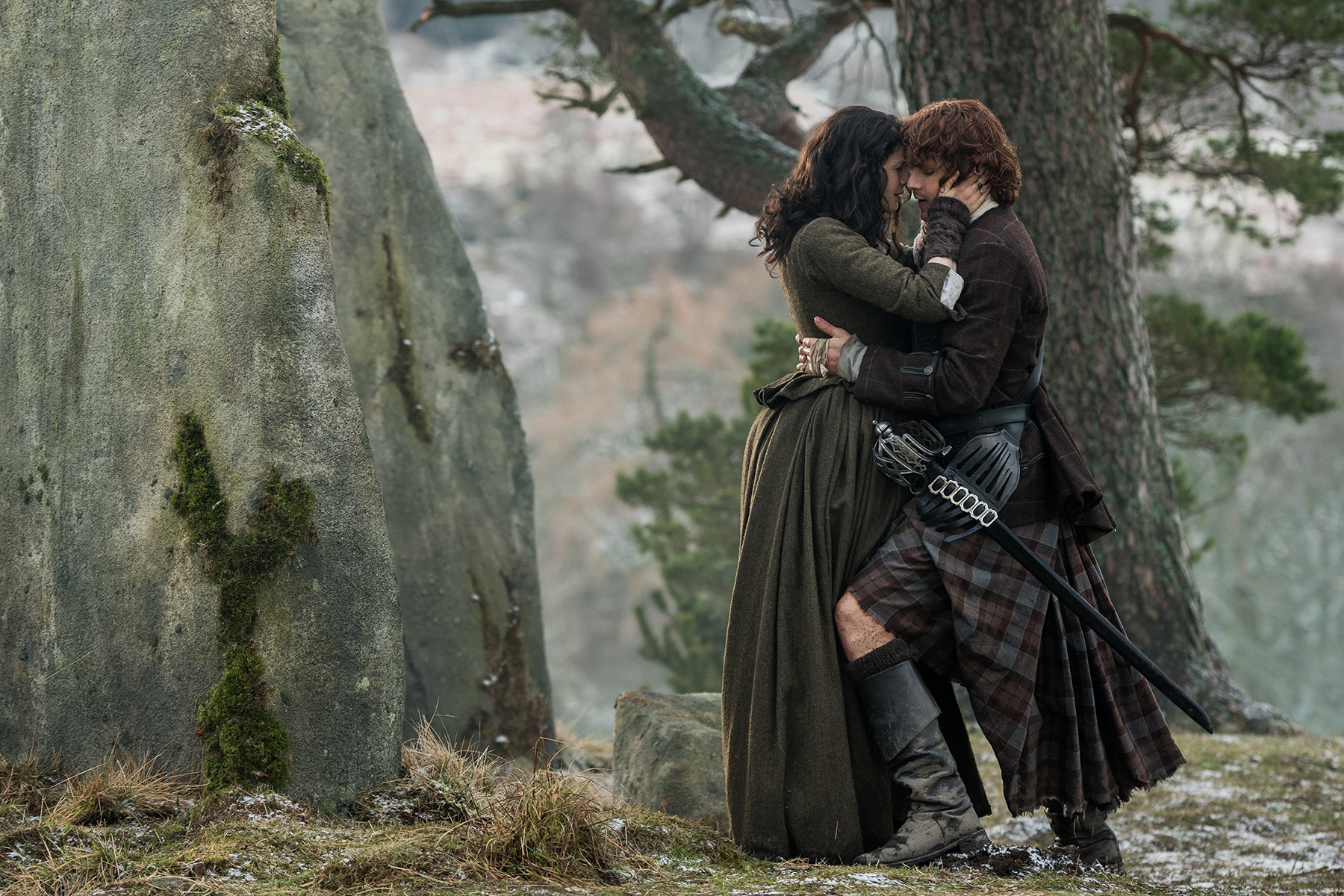 But after seeing Heughan’s audition, they knew right away that he was the perfect fit. “We found Sam, he was the first cast member,” Moore revealed. “We just saw his tape, and we went,  “Oh my god, there he is.’ It was just like…boom.”

Initially, Outlander showrunners assumed they would cast the role of Claire Fraser first.

“At the beginning, I said, ’We’re going to cast Claire first because she’ll be the easiest to find,’” Moore told Collider. “‘She’s a smart 20th-century British woman, and there are lots of them, and we’ll find her quickly.”

But the casting process wasn’t as easy as they thought. Moore noted that scores of actors auditioned for Claire’s role, but none had the spark the character needed.

“It was tricky, we were really trying to find a very special quality,” he explained.  “I always said that I wanted Claire to be really smart, and you had to see her thinking. And you know she had to be this really capable interesting person and she had to marry up really well with Sam.”

Before Outlander, Balfe had small roles in films like Now You See Me and Super 8. So when the part of Claire was announced, she sent in a self-made audition tape that caught Moore’s eye. But when Balfe came in for her screen test with Heughan, the showrunner knew she was the one.

“We didn’t find her until very late in the game, and she taped her own audition and sent it in,” Moore said when talking to Collider. “We just were like pretty certain from her tape that she was the one. And then when we saw the chemistry test, we were convinced.”

And in a behind-the-scenes clip from the Outlander season 3 DVD, Moore reiterated how that screen test “sealed the deal.”

“We really felt that Cat was probably going to be the one but this was the final moment where she literally sealed the deal and got the show,” he suggested. “And you see, they’ve already got the shorthand of their characters and there is definitely on-screen camera chemistry between the two.”