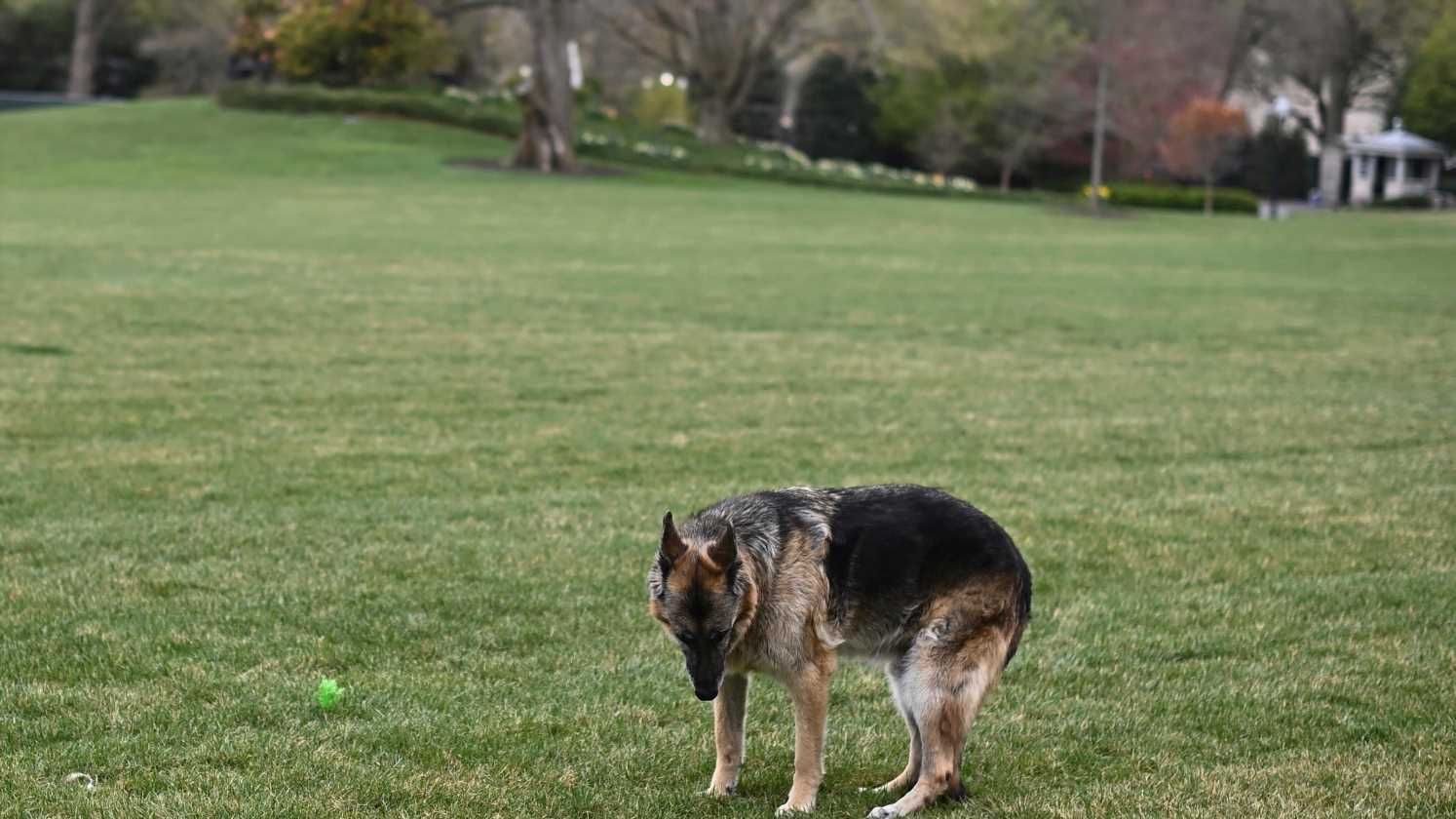 The president’s aged German shepherd died at home just months after he helped bring canine joy back to the White House.

The president and first lady remembered the ‘sweet, good boy” on Instagram Saturday.

“Our hearts are heavy today as we let you all know that our beloved German Shepherd, Champ, passed away peacefully at home,” he wrote.  “He was our constant, cherished companion during the last 13 years and was adored by the entire Biden family.”

The elder of President Joe Biden and first lady Jill Biden’s two German shepherds, Champ had been showing signs in recent months of fading energy during public appearances for walks on the White House grounds.

“In our most joyful moments and in our most grief-stricken days, he was there with us, sensitive to our every unspoken feeling and emotion,” Biden added.

Champ and his younger doggie comrade, the rambunctious, occasionally naughty 3-year-old rescue pup, Major, were the first dogs to take up residence in the White House since Sunny and Bo Obama moved out in 2017. Former President Donald Trump and his family were not dog people.

But the Bidens are, and Champ was beloved by his family. Plus, dogs are just generally good PR for the presidential image.

Soon after inauguration, when Champ and Major were brought from the Biden home in Delaware to the White House, pictures posted on social media and captured by photographers showed them gamboling on the South Lawn.

Just before Valentine’s Day, when POTUS and FLOTUS, accompanied by a press pool, walked the dogs and visited the first lady’s Valentine’s Day surprise decorations on the North Lawn, Champ, then 13, seemed to have a creaky left rear leg as he plopped on the lawn.

Major, the first-ever rescue dog to live in the White House, was adopted, the president said, because they were told the best way to keep “old” Champ going was to “get him a young dog.”

A handler walks Major on the South Lawn of the White House. (Photo: Evan Vucci, AP)

On March 31, as a press pool was waiting in a hallway to accompany the first lady on a trip to California, reporters spotted a pile of poo on the red carpet outside the Diplomatic Reception Room, just off the South Lawn.

CNN’s Katie Bennett, who was there, said it was Champ who made the accidental deposit. “Any of us who have raised a dog into old age are very sensitive to the ways in which our beloved dogs show decline,” she told CNN’s Brian Stelter. “It broke my heart.”

In all fairness, accidents like this have happened before, as has bad-dog behavior. One of President Barack Obama’s Portuguese water dogs, Sunny, liked to sneak off and poop in the mansion, according to the Obamas.

Meanwhile, Major has had his own, but different problems: He’s been a little too quick with a nip when confronted by strangers in his space. He’s still adjusting to life in the Executive Mansion, Biden officials say.

On March 29, he nipped someone while on a walk, according to Michael LaRosa, Jill Biden’s spokesperson. The person, who was not identified, was examined by the White House medical staff and returned to work without injury, LaRosa said.

Earlier, on March 8, Major caused a minor injury to a Secret Service employee and had to spend some down time being trained back in Delaware.