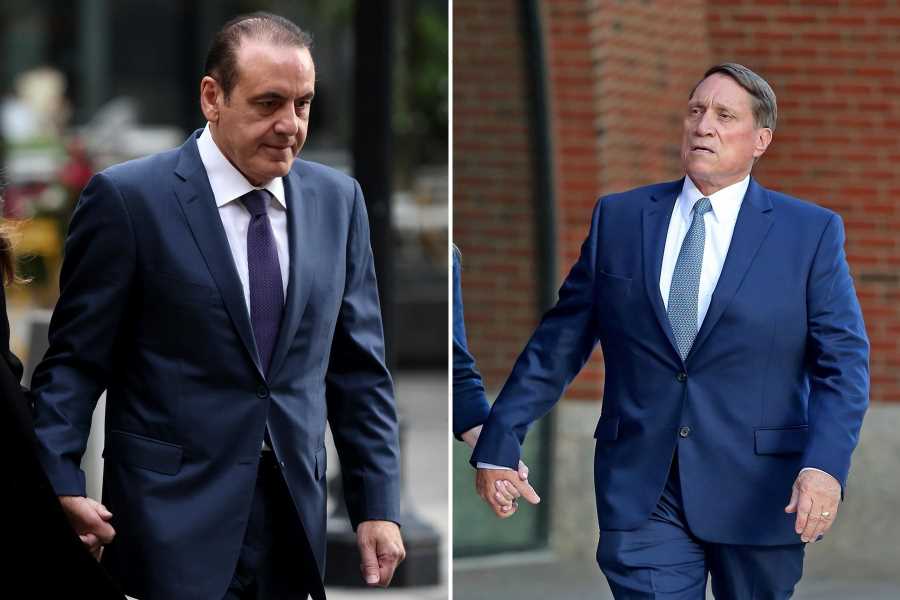 A federal jury has rendered a verdict of guilty for Gamal Abdelaziz and John Wilson, the first defendants to go to trial in the Varsity Blues college admissions cheating case.

The two businessmen were convicted on charges of fraud and conspiracy to commit fraud and bribery after being accused of bribing officials to get their children admitted to the University of Southern California as athletic recruits. Wilson was also found guilty of filing a false tax return for claiming a deduction for the $220,000 he paid to get his son into the University of Southern California as a water polo recruit. Both men will be sentenced in February.

After a trial lasting nearly four weeks, lawyers for the defense and prosecution delivered their closing arguments Wednesday in the U.S. District Court in Boston.

Both sides’ arguments centered around corrupt California college admissions counselor William “Rick” Singer, who helped his wealthy clients use payments to coaches, test administrators, and other officials as what he described as a “side door” or “back door” for getting into schools. Singer pleaded guilty to his role in the scam in March 2019, testifying, “I was essentially buying or bribing the coaches for a spot.”

Defense attorneys claimed Singer conned the parents, creating fake athletic profiles behind their backs and convincing them they were making lawful donations. “It’s not illegal to do fund-raising, not illegal to give money to a school in the hopes that your kid will get in,” said Brian Kelly, Abdelaziz’s lawyer.

The prosecution aimed to convince jurors that Wilson and Abdelaziz conspired with Singer to guarantee their children acceptance into colleges of their choosing and that they were aware the money they paid him was for bribes. “The defendants are not charged with crimes for having donated money to U.S.C.,” said Assistant U.S. Attorney Leslie Wright. “If that was all they had done, we would not be here today.” The prosecution urged jurors to use “common sense” to convict the two defendants.

Although the prosecution did not call Singer as a witness during the trial, lawyers played recordings of phone calls between Singer and the defendants. In one snippet, Wilson discusses with Singer the dollar amounts needed for “side door” and “back door” admission to top-ranked schools. Wilson asks what sports would be best for his children to get in. “Oh for me? It doesn’t matter,” Singer responds. “I’ll make them a sailor or something.” Wilson asks if he could get a two-for-one special if he had twins. He later asks if the payments can be tax-deductible, as donations to the school. “It’s all tax-deductible, everyone, every piece of it,” Singer replies.

The admissions scandal, in which parents were accused of paying millions of dollars to get their children into elite universities, drew national attention when it broke in 2019. It highlighted wealthy Americans’ ability to manipulate the college admissions process and for naming high-profile defendants, including actresses Lori Loughlin and Felicity Huffman (both of whom pleaded guilty in the case and served brief prison sentences). Forty-seven defendants in total have pleaded guilty so far. Eight, including Wilson and Abdelaziz, maintained their innocence. Additional coaches, parents, and a USC administrator are scheduled to go to trial in the coming months.