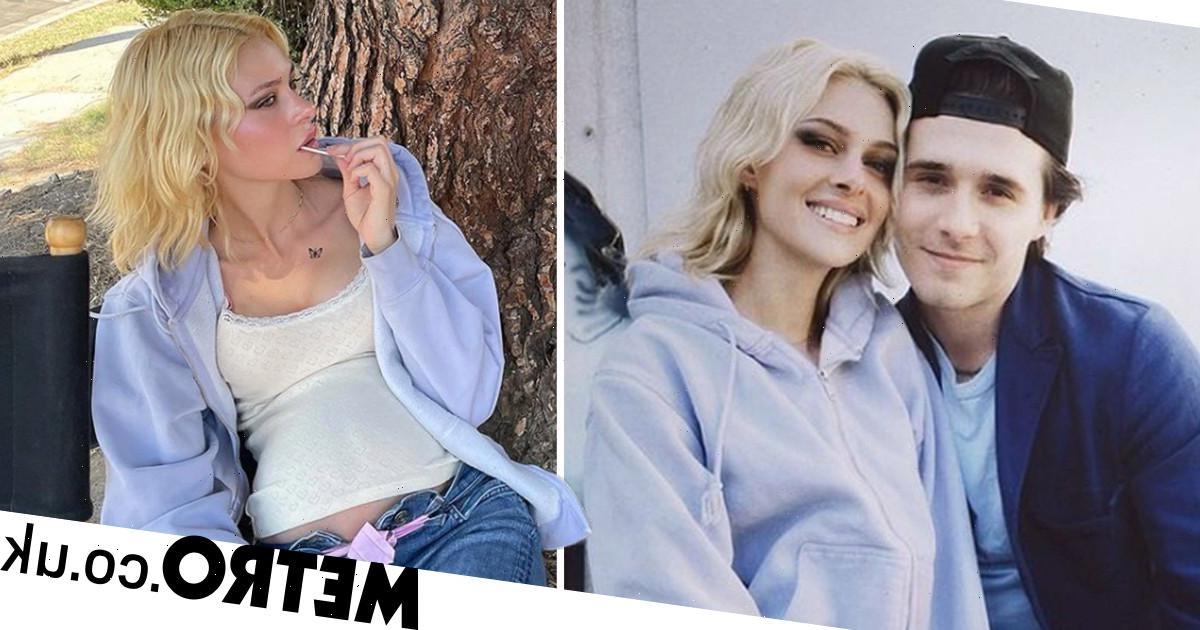 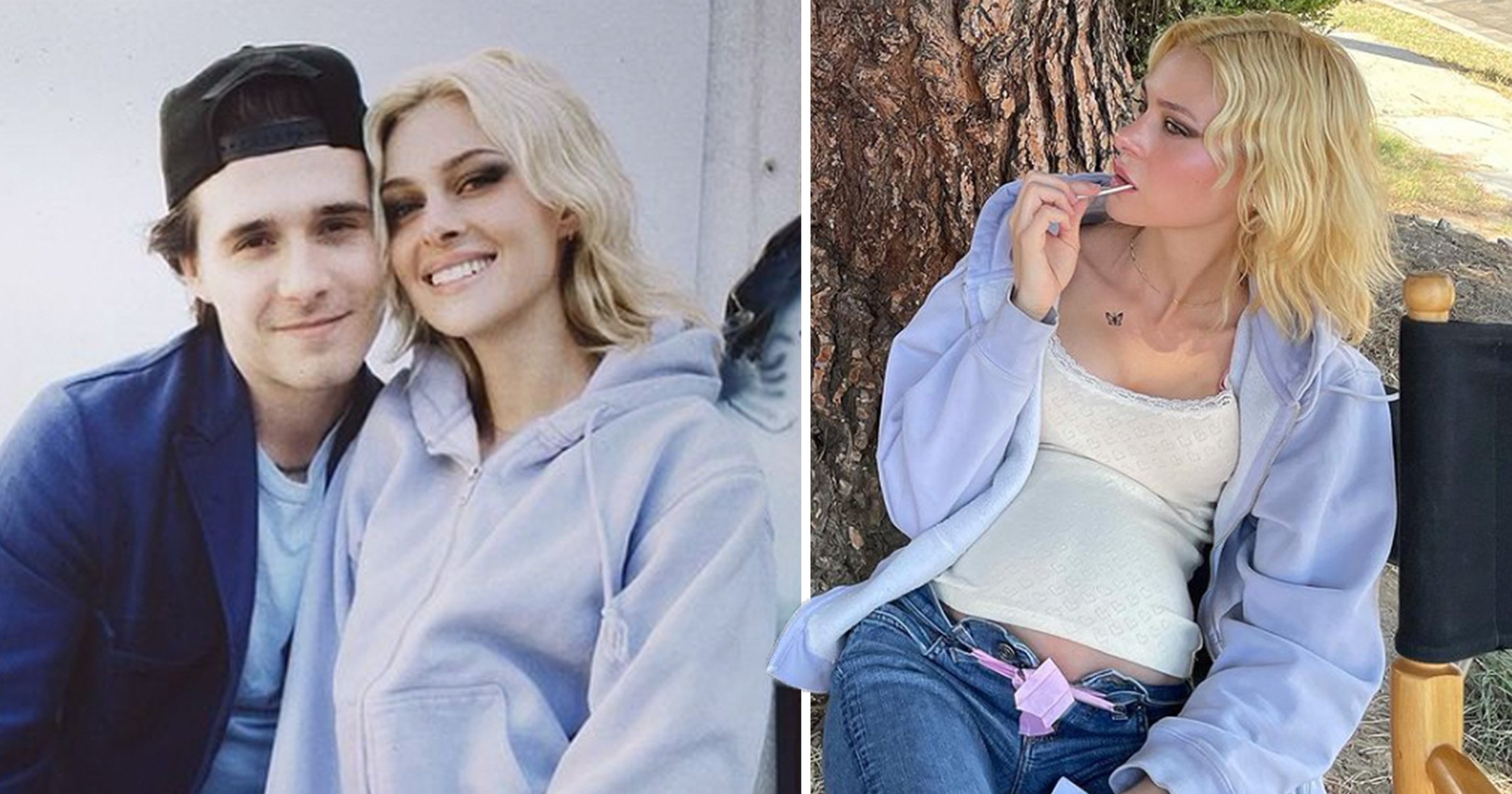 Brooklyn Beckham supported fiancée Nicola Peltz as she wrapped on her new film, sharing behind-the-scenes photos with fans on social media in which she sported a baby bump.

The model, 26, appears to be playing a pregnant woman in the film Lola James which she is co-directing with Bria Vinaite.

Lola James is set in 2002 and follows the life of the 19-year-old titular character as she attempts to save enough money to free herself and her brother Arlo out of their ‘toxic’ home but ends up getting addicted to drugs.

Sharing a string of photos of herself in character, Nicola described working on the project as her ‘happy place’.

In one picture the actress gazes out of a window while pretending to wash dishes and in another she sits outside on a chair in character with a bump visible underneath her pale yellow top.

Other photos feature Nicola on a night shoot with fellow cast and crew members, and joking around with cotton swabs up both nostrils. Her running mascara in the latter picture suggests the film is going to be hard-hitting with plenty of emotion.

There are also further snaps of her in director mode, watching scenes back from behind the camera.

Her fiance Brooklyn, who landed a role as a photographer on set, shared a supportive message on Instagram calling his wife-to-be ‘the most talented person I know’.

‘3 years in the making and tonight was the last night of filming your masterpiece.

A source previously told The Mirror about the couple working together: ‘Brooklyn and Nicola are a very creative couple and Brooklyn has a way with capturing moments in images.

‘Nicola is going to have a lot on and he is believed to be working to document this new adventure.’