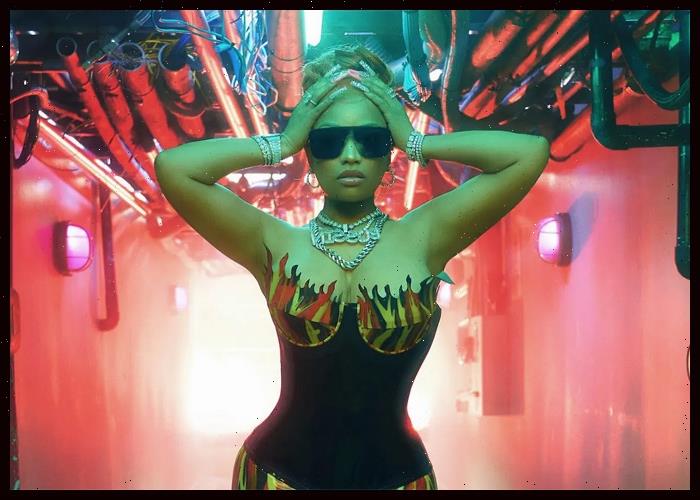 Nicki Minaj has once again teamed up with Lil Baby for a new single “Bussin.”

Minaj dropped “Bussin” just one week after dropping “Do We Have a Problem?” also featuring Lil Baby.

Minaj hasn’t dropped a new full-length album since 2018’s Queen, although she released an expanded version of her Beam Me Up Scotty mixtape with some bonus tracks last year.

Minaj is expected drop few more singles before releasing her fifth studio album, which will arrive before the summer.

“I do know that it’s soon and I do know it’s a lot sooner than it’s ever been,” she told James Corden of the release date.