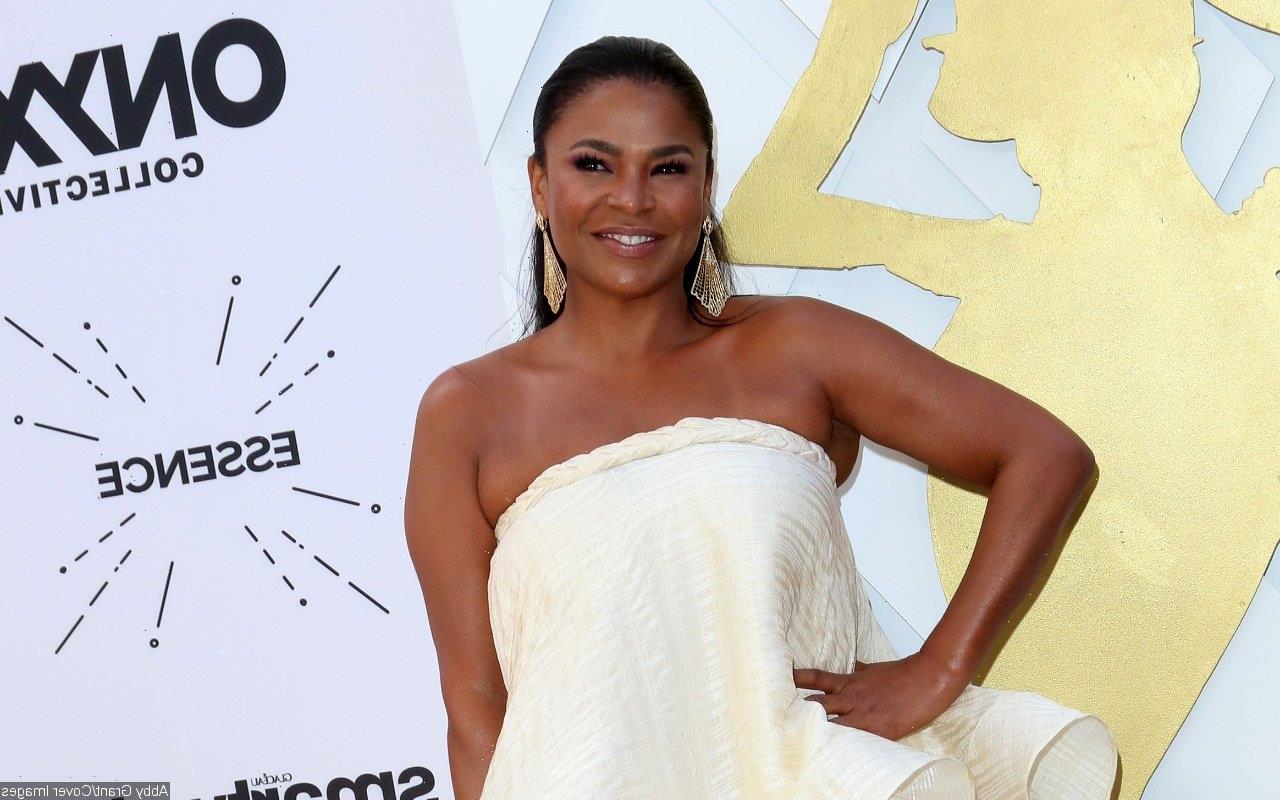 The former ‘The Fresh Prince of Bel-Air’ star looks cheerful while taking a picture with her son Kez, whom she shares with the suspended Boston Celtics coach, and elder son Massai.

AceShowbiz –Nia Long is being a strong mom to her children amid her fiancee Ime Udoka cheating scandal. The mother of two has shared a cheerful snap with her two sons, Kez Sunday and Massai Dorsey II, after her longtime partner’s affair with a Boston Celtics employee was exposed to public.

The actress took to her Instagram page on Sunday, October 9 to post the new picture. In the image, she and her elder son were all smiles, as her younger son struck a goofy pose by sticking his tongue out while holding a drink. She simply captioned it with a single black emoji.

Nia shares 10-year-old Kez with her longtime partner Ime, while her elder son, 21-year-old Massai, is her son from a previous relationship with actor Massai Z. Dorsey. The 51-year-old star was previously seen with Kez when she stepped out for the first time since news broke of Ime’s affair with a female staffer.

During her outing on October 1, the “Boyz n the Hood” star ditched her engagement ring when leaving a local Whole Foods. When asked by a photographer whether she was “working things out” with the suspended NBA coach, she remained mum and let out an exasperated laugh, before walking away and into her car.

Meanwhile, her ex Massai Z. Dorsey recently said that Nia is “sticking by [Ime]” despite his infidelity. He told Daily Mail, “We talk as a family, and it’s all about unconditional love, and that’s what she’s giving him.” He insisted, “We’re sticking by him 100%.”

Maasai had nothing against Ime despite his cheating scandal. “All I could say is good things about Ime. He’s a good man,” he praised the former athlete. “All these years. I’m happy he’s in my son’s life. Every man needs another chance. Like the Bible says, the flesh is weak. He’s not a bad guy. Hopefully, he’s learned from this.”