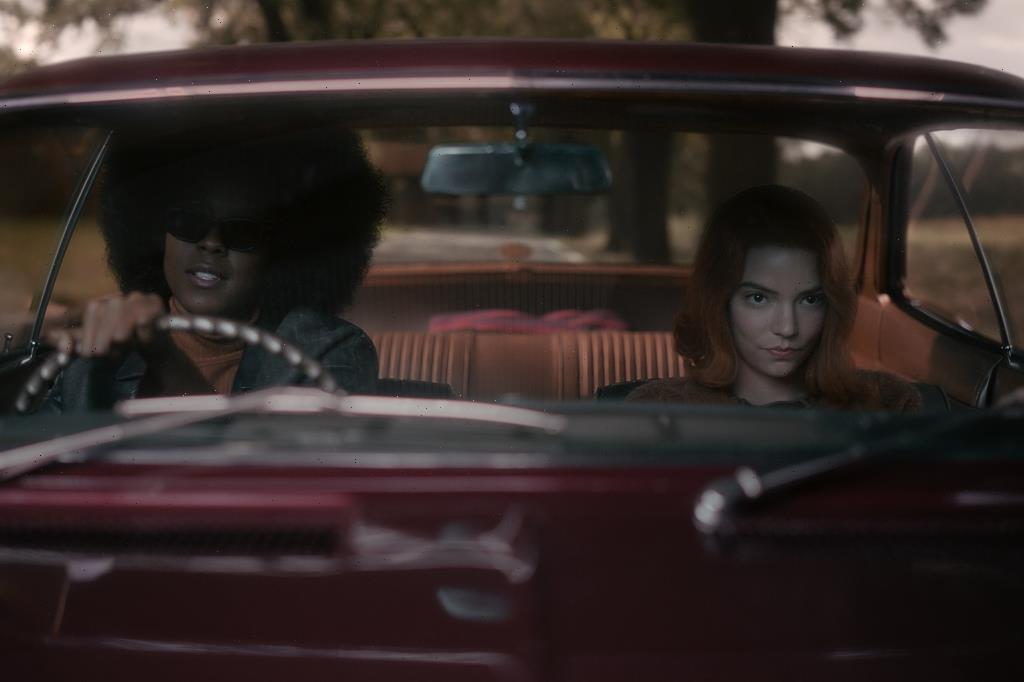 A big night for The Crown and The Queen’s Gambit helped Netflix score the most wins by any platform or network at Sunday night’s Emmys, equaling the record set by CBS in 1974 with 44 wins.

Netflix bosses, including head of global TV Bela Bajaria, head of U.S./Canada scripted series Peter Friedlander and head of UK series Anne Mensah, talked about the “historic” night for the digital platform and streaming in general and also tackled the issue of diversity, as there were no wins last night for nominees of color.

Netflix took home the top drama series award for The Crown and outstanding limited series for The Queen’s Gambit, while Apple TV+ scored the top comedy award for Ted Lasso.

“I was here eight years ago when we started having dramas with House of Cards and we had no idea whether we were going to be eligible for our actors so to be where we are feels like such a sea change,” added Friedlander.

Asked whether Netflix was helped by the global pandemic, which meant shows such as HBO’s Succession and Westworld were not eligible, Bajaria said she thinks that these shows would have won regardless.

“I believe that any moment in history, The Queen’s Gambit, and The Crown and many of those other shows would absolutely have and could have won, so I’m not sure the pandemic compared to what that did to production was really the factor,” she said. “Every year is somebody’s year and this happened to be our year. I don’t have a crystal ball but I feel that many networks have their year and we’re so happy and proud that this was ours.”

“This was the streamers’ year,” she added.

While nominations recognized the contributions of BIPOC talent, and Black performers had a strong showing at the Creative Arts ceremonies, this did not turn into wins, with no actors of color winning awards.

RuPaul’s Drag Race won for Outstanding Competition Program, breaking the record for the most Emmy wins by a person of color, and I May Destroy You’s Michaela Coel won for limited series writing, making her the first Black woman to win this category. But it felt like a step back after four of the 12 main acting categories were won by Black actors last year.

Bajaria said that she was pleased with the number of diverse nominees but that the industry needs to continue to do more to translate these into wins.

“Diversity is obviously very important to the industry and very personal to me too. We did put a lot of support behind diverse shows like Bridgerton and Never Have I Ever and I wish we would have seen that recognized. For us, we’re going to continue to develop many shows, we have True Story, Cowboy Bepop and Colin in Black and White. We’re going to continue to develop more diverse stories and we’re going to support them through awards shows like we did this year. The voters decide what wins, but it was amazing to see across all of the nominees, a great diverse group of nominees,” she said.

Asked whether Netflix could replicate its performance in 2022, Friedlander said that it has “some incredible shows in the pipeline.”

He highlighted returning shows next year such as Ozark, Russian Doll, Bridgerton and Stranger Things, but the streamer was quick to clarify that doesn’t mean that the latter will necessarily launch by the Emmy window in May.

“We’re thrilled we get to work with the best talent and make some incredible stories and if the voters and the Academy recognize that, we’ll be absolutely thrilled,” he said.

It was a big night for the Brits, which once again dominated the awards with more than half of the main awards going to UK series and talent, helped by a royal rout for The Crown. Mensah said wins for the period drama, which has been seen by more than 100 million Netflix households, was a “celebration.”

“The UK is the second biggest production hub for Netflix because we have great crew and great actors and it’s exciting to be here and we’re here for the long haul. Hopefully this will be the first of many Emmy wins but maybe we’ll have to move the Emmys to a more UK-friendly time,” she joked.

Bajaria also poured cold water on the idea that Netflix and other streamers could host the Emmys telecast in future, given the success of the digital platforms. “We don’t do live in that way. I’m sure when the rights are up, I’m sure there will be plenty of platforms or linear broadcast networks will still talk about the right place for the show,” she said. “I think it’s great to see it recognized in that way on a broadcast channel.”