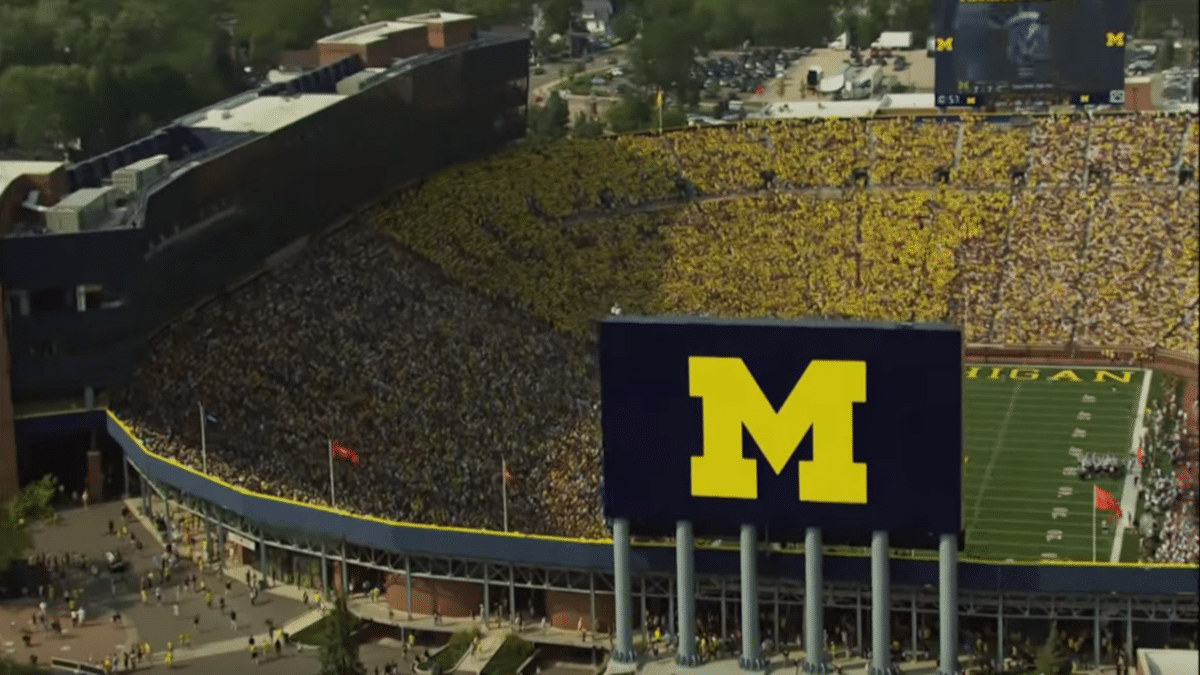 Week 2 of the Top 25 college football season schedule begins Friday evening when No. 24 Boise State hosts Marshall. This game will be Boise State’s home opener, and they should be sky high after defeating Florida State on the road in Week 1.

Both teams come into tonight’s game at 1-0 on the season. All the rest of the Top 25 action will take place on Saturday as once again wall-to-wall football takes over the airwaves!

Last weekend the Big Ten played some dominating football. Of the 14 teams in the conference, only two (Purdue and Northwestern) suffered a loss.

Now teams like Ohio State, Michigan, Penn State, and Wisconsin will once again try to dominate their opponents, climb the rankings, and make a push towards a possible playoff berth.

The Wolverines and Buckeyes both played a bit sloppy in Week 1. However, they still won by more than three scores. Wisconsin was the most dominate of the three teams, as they routed South Florida 49-0.

The Big Ten boasts seven teams in the Top 25 heading into Week 2 action, including two Top 10 teams in Michigan and Ohio State.

Clemson upset on the horizon?

The Clemson Tigers proved in Week 1 that they have plenty of talent and motivation to repeat as NCAA champions. The Tigers thrashed Georgia Tech 52-14, and the scarier part is they made it look easy, especially on the ground. The Tigers rushed for an incredible 411 yards in their first game. That total is the most Georgia Tech has given up in a game since 1975.

In Week 2 they will face a much tougher opponent in Texas A&M. The No. 12 Aggies challenged the Tigers last season in College Station before losing a heart-breaker 28-26.

A&M quarterback Kellen Mond passed for 430 yards last season against the Tigers. The Junior quarterback would love nothing more than to help his team pull off a huge road win on Saturday.

ABC will air the big Clemson vs. Texas A&M game nationally on Saturday. Kick-off is scheduled for 3:30 p.m. ET.