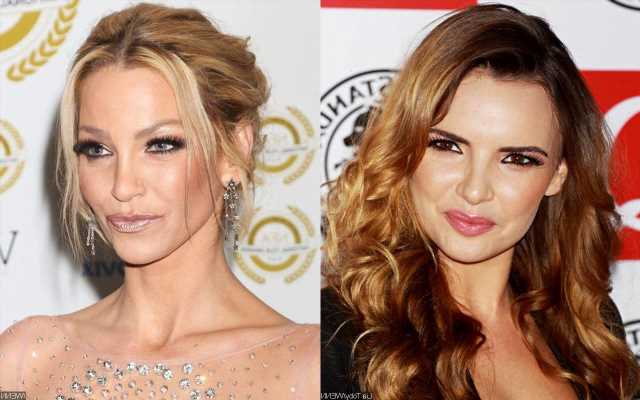 During an interview on ‘The Ryan Tubridy Show’, the Girls Aloud member shares incidents involving flying headphones when she was shooting ‘Last Singer Standing’.

AceShowbiz –Nadine Coyle believes her late Girls Aloud bandmate Sarah Harding is sending her messages from beyond the grave. Sarah lost her battle with breast cancer in September at the age of 39, and Nadine claims she can still feel the singer’s presence.

“I was so close to her in life and there’s definitely been things…,” Nadine told “The Ryan Tubridy Show”. “She’s made her presence known a few times.”

“As I was shooting the show [Last Singer Standing], it was right in the middle of it all and people were being so kind. There was a couple of days when the headphones just flew across the table and it happened three days in a row and the make-up girls were saying, ‘That has to be Sarah.’ “

“One night, I was… in my house and something flew off the shelf. I was like, ‘Is this Sarah?’ I’m still thinking she’s going to phone.”

Nadine was filming “Last Singer Standing” when she learned of Sarah’s passing, and the pop star explained her work schedule didn’t allow her time to grieve properly.

“The show was scheduled, everything was booked,” she shared. “There was no way they could take a break for me to grieve. It was straight back into work. Everyone was so kind and patient with me, it was great.”

Sarah revealed news of her cancer diagnosis in August 2020, and then confirmed her condition was terminal in March 2021. “It feels like it’s been a really traumatic year and a half, almost two years at this point,” Coyle added. “It’s a cruel disease and I know many people suffer with it. We definitely lost a great one there.”