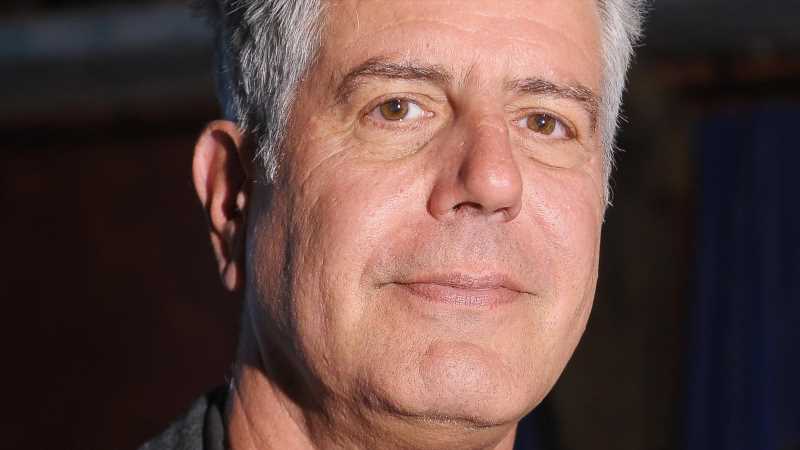 To say that the world was shocked when it learned of Anthony Bourdain’s death would be a huge understatement. In fact, fans all over the globe were devastated to learn that the chef and writer had committed suicide at 61, as reported by CNN. Those of us who faithfully watched his shows like “No Reservations” and “Parts Unknown” just couldn’t believe that someone so erudite, well-traveled, and culturally savvy would end his own life. After all, who didn’t want to be just like Bourdain, who really seemed to be the most interesting man in the world?

In the aftermath of Bourdain’s death, celebrities and world leaders alike mourned his passing. “Tony was a symphony,” mused fellow chef Andrew Zimmern. “Anthony was my best friend,” chef Eric Ripert tweeted. “An exceptional human being, so inspiring [and] generous.” Even former President Barack Obama posted a remembrance. “He taught us about food — but more importantly, about its ability to bring us together,” he tweeted. “To make us a little less afraid of the unknown.”

While we all collectively mourned the death of such a legendary person, some folks speculated that things weren’t what they seemed in the wake of his death. But we’re here to clear up any misinformation, rumors, or gossip concerning Bourdain’s departure from this earth. Here are the myths about Anthony Bourdain’s death you can stop believing.

No one can argue that Anthony Bourdain didn’t live a fascinating life. For one, his career beginnings in the New York City food industry were documented in his widely-lauded book “Kitchen Confidential,” in which he exposed readers to sordid culinary secrets and lambasted brunch. After that, Bourdain started his enduring television career, which was, in a nutshell, the adventures he had eating, drinking, and exploring different parts of the world. Surely that’s a fulfilling career, right?

Additionally, Bourdain had a romance with actress Asia Argento, as noted by Entertainment Tonight, and he was the proud father to a daughter. So could a man with such a rich and fulfilling life really be depressed? Sadly, yes, which is something his fixers — local freelance writers or producers who’d help with shoots and serve as interpreters on TV projects — had begun to notice in the chef’s later years. For one, Bourdain’s work had gotten more stressful than it used to be, said fixer Michiko Zentoh. “It was a brutal schedule for the production team,” Zentoh told Vanity Fair, adding, “Tony had no time to digest anything — not the food or the experience.”

Bourdain also didn’t like being away from his daughter, according to fixer Alex Roa, who noticed he just didn’t seem that excited anymore. “He would just show up for a call, do the shoot, and go straight back to the hotel,” she revealed. Others described him as simply “tired.”

One of the biggest rumors that circulated after Anthony Bourdain died was that his girlfriend at the time, Asia Argento, was somehow responsible for his death. Namely, some pointed out that she was seen looking cozy with another man just days before Bourdain committed suicide. As Argento tells it, that notion is nothing short of preposterous. “People need to think that he killed himself for something like this?” she shared in an interview with the Daily Mail. “He had cheated on me too. It wasn’t a problem for us.”

Additionally, Argento explained that due to the nature of Bourdain’s work — globe-trotting to destinations all over the world — the man was extremely busy. “He was a man who traveled 265 days a year,” she continued. “When we saw each other we took really great pleasure in each other’s company. But we are not children. We are grown ups.”

In a move that shows the true depth of Argento’s character, she shared a bit of sympathy with the people who blamed her for Bourdain’s death. “But I understand that the world needs to find a reason,” she added. “I would like to find a reason too. I don’t have it. Maybe I would feel some solace in thinking there was something that happened.” We’re so sorry for your loss, Asia.

Myth: Anthony Bourdain was insanely rich when he died

Anthony Bourdain got to do things that most of us can only dream of. For one, he had noodles and beer with former President Barack Obama at a Vietnamese restaurant in Vietnam. Oh, and Bourdain also got to spend time on the continent of Antarctica, which isn’t exactly a cheap getaway. And let’s not forget that Bourdain and his ex-wife owned a multi-million dollar home just a block away from Manhattan’s Central Park, as noted by The Wall Street Journal.

To that end, it’s not all that surprising that Celebrity Net Worth asserted that Bourdain was worth a cool $16 million when he died. But as it turns out, Bourdain wasn’t worth nearly that much. According to Page Six, the chef and writer was worth $1.21 million when he died, which is a lot of money (don’t get us wrong) but not nearly as much as many of us suspected he had.

In his will, Bourdain left most of his money to his daughter, Ariane Busia-Bourdain; his ex-wife, Ottavia Busia-Bourdain, was given control of his estate, as well as all of Bourdain’s frequent flyer miles to “dispose of [them] in accordance with what [she] believes to have been my wishes.” She also was given his personal affects, like cars, books, etc. As for the rest of us, we inherited Bourdain’s enduring influence and legacy, for which we’re eternally grateful.

One especially commendable aspect of Anthony Bourdain’s personality was his candor about everything in life, especially his past drug use; most notably, he was open about the fact that he used to have an addiction to heroin. In sharing that information about himself with the world, Bourdain showed not only that anyone can become addicted to substances, but also that you can come back from the throes of addiction.

But despite what anyone might have insinuated, Bourdain didn’t have a relapse or die from a drug overdose, according to The New York Times. At the time of his death, there were “no narcotics in his system,” and the only substance was “the trace of a nonnarcotic medicine in a therapeutic dose.”

While Bourdain was the first to admit he “[drank himself] stupid” on his shows, as he told Men’s Journal, he barely ever drank at home. And although there was alcohol in his system at the time of his death (he’s thought to have had “a high consumption” of alcohol with his dinner the night before his death), as noted by NBC News, no substances contributed to Bourdain’s death.

When news of Anthony Bourdain’s death broke in June of 2018 (via CNN), fans were devastated, knowing that he’d never film another episode of “Parts Unknown” or any other show that might have followed. But if you thought there would never be any new Bourdain-related content, that’s a myth you can stop believing.

For one, viewers got to see the remaining episodes of “Parts Unknown” that had been filmed but were still in production when Bourdain died. Additionally, a comic book that Bourdain wrote entitled “Hungry Ghosts” was published several months after he died, as noted by the New York Post. And Bourdain’s final book — “World Travel: An Irreverent Guide” — was published in April 2021, thanks to the help of his longtime assistant (via Delish).

And there’s more news for Bourdain fans: A documentary about Anthony Bourdain’s life is dropping in the summer of 2021, as noted by Delish. “Roadrunner: A Film About Anthony Bourdain,” helmed by director Morgan Neville, will debut at the Tribeca Film Festival in June 2021, followed by its theatrical release on July 16, 2021.

Myth: There was foul play involved in Anthony Bourdain's death

Another thing that Anthony Bourdain was known for was his curiosity, which is what brought him to the many far-flung locales he traveled to in his lifetime. And he didn’t just go to the kinds of places we all want to visit, like Rome, Paris, Hong Kong, and Tokyo — rather, Bourdain sought to see places that the rest of us might be too afraid to visit.

For example, Bourdain once traveled to Libya, which could be quite dangerous at the time; he wrote as much in notes for the episode of “Parts Unknown” that was filmed there. In fact, a “close associate” of someone they interviewed was later kidnapped — scary. And then there’s the episode of “Parts Unknown” that Bourdain did in Iran, after which his friend, Washington Post correspondent Jason Rezaian, was unjustly thrown into an Iranian prison (for 544 days).

Given Bourdain’s history with these types of encounters, some folks might have wondered if he got himself into similar trouble. However, there were “no signs of foul play in Anthony Bourdain’s death,” as noted by ABC News.