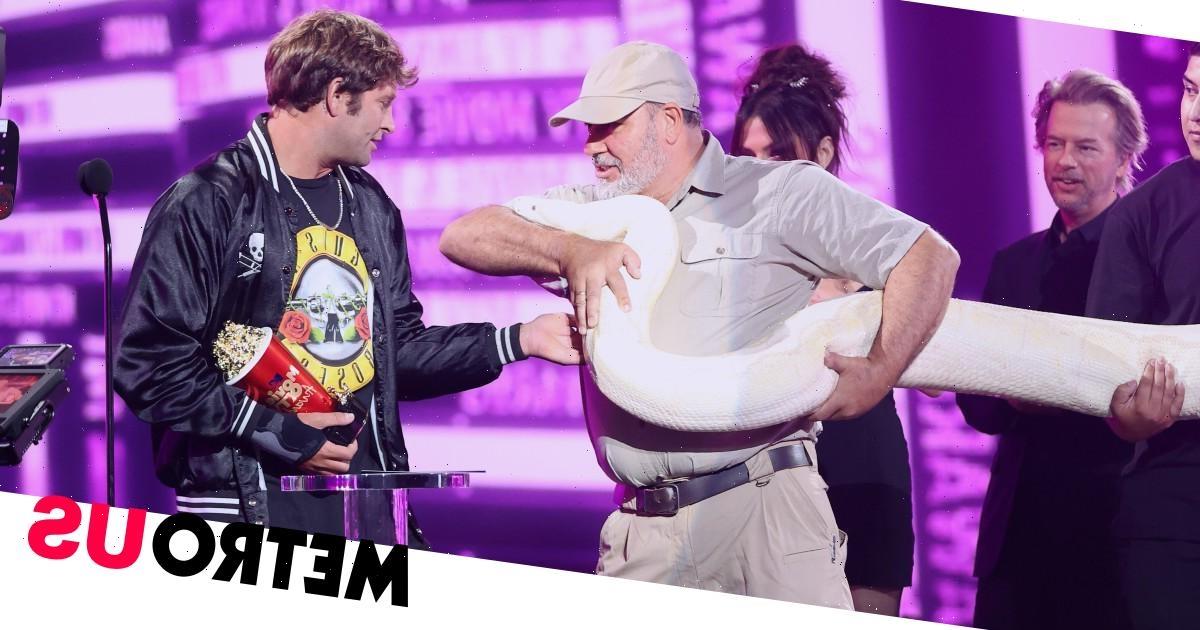 Viewers were truly baffled as a Jackass stunt took home the best kiss award at the MTV Movie and TV Awards 2022 – with Poopies giving a huge snake a peck on stage.

The big screen stunt – which was unveiled in the gang’s latest big film, Jackass Forever – was honored at this year’s ceremony, which was hosted at the Barker Hangar in LA.

It included the stuntman taking part in The Quiet Game, where he attempted to kiss a snake without making a sound.

The scene was victorious against Emily in Paris stars Lily Collins and Lucien Laviscount, Robert Pattinson and Zoë Kravitz in The Batman, Hunter Schafer and Dominic Fike in Euphoria, and Tom Holland and Zendaya in Spider-Man.

Heading to the stage to accept the gong, Poopies joked that he had ‘split’ from that particular snake, before a team of animal wranglers carried a much bigger python on to the stage. 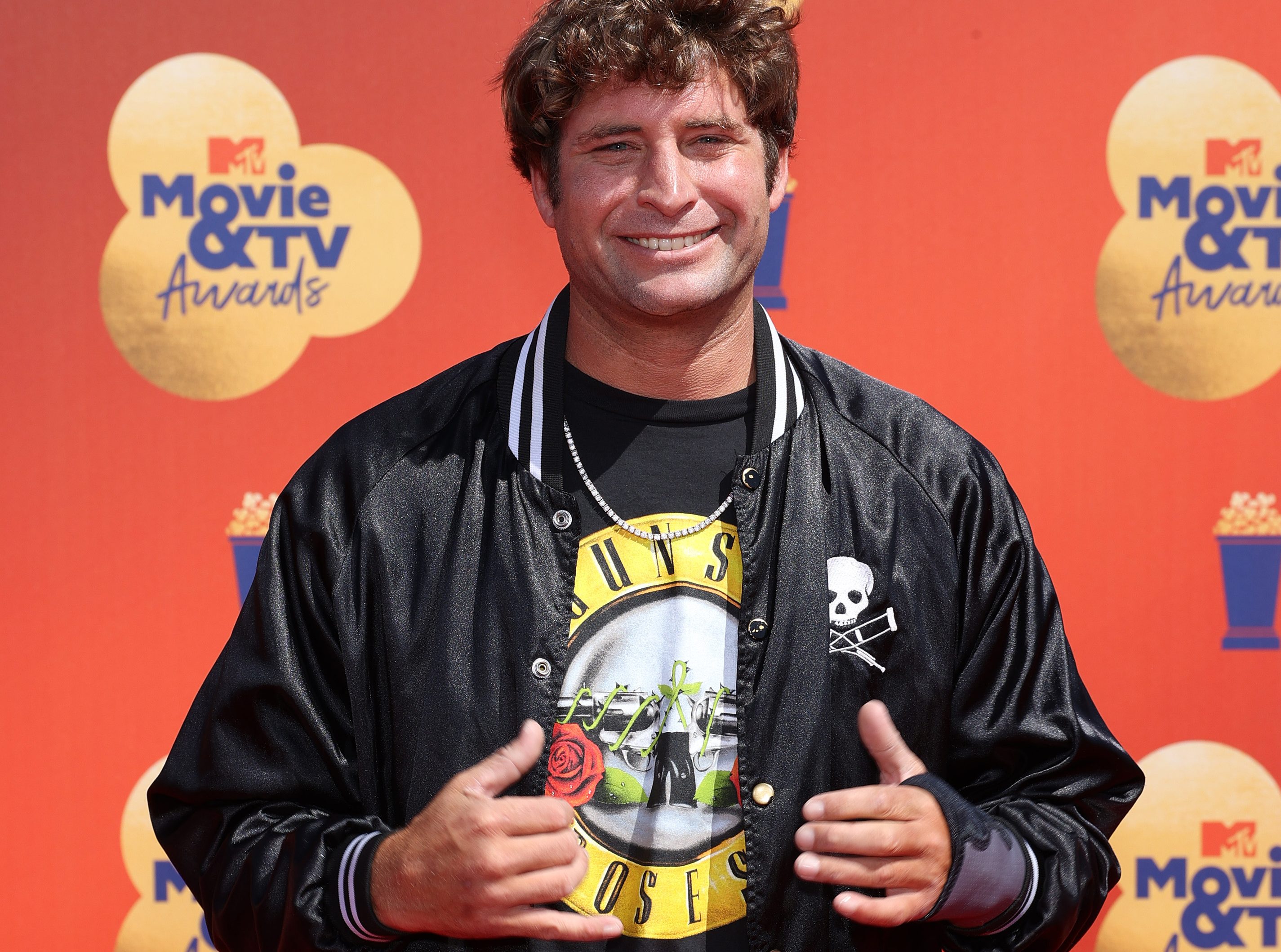 He then lent in for a peck, with the snake attempting to move away – leaving the star-studded audience confused and terrified in equal measures.

Before leaving the stage, he quipped: ‘I am so glad that thing did not bite me.’

Those watching on from home were divided over the scenes, questioning why the snake had been taken out on stage.

‘That poor snake. Just for a flipping laugh for one of those Jackass morons. #MTVAwards,’ one fumed.

‘AIN’T NO WAY IN HELL THEY GOT A REAL SNAKE UP IN THIS B***H #MTVAwards,’ a Twitter user said.

A follower commented: ‘I hate that they brought out the snake for that BS. #MTVAwards.’

While others were just very unhappy that the stunt beat out their faves for the popcorn award.

‘Lol this is so Stupid. A dude and a snake for Best Kiss??? Wtf? #MTVAwards,’ an unimpressed fan said.

The flick used animals, including bees, a bull, a scorpion and the aforementioned snake, in several wince-inducing stunts.

In a statement, Peta President Ingrid Newkirk described Jackass stunts as ‘violent and vulgar, but if the talent is willing and the wounds are self-inflicted, that’s one thing’.

‘However, it’s quite another when animals are exploited, harassed, and harmed: That’s cruelty.’