Monty Python is a highly acclaimed British comedy television series which developed into a phenomenon. The Pythons’ influence on comedy has been compared to the Beatles impact on music. So where are all the members of the iconic show now?

Terry Gilliam was a part of Monty Python’s Flying Circus from the outset as an animator originally, but later as a full member.

The 78-year-old actor branched out of acting following the Monty Pythons and went on to develop a successful career in directing feature films in the 1970s.

He will also be chatting about his film The Man That Killed Don Quixote, which has been three decades in the making. 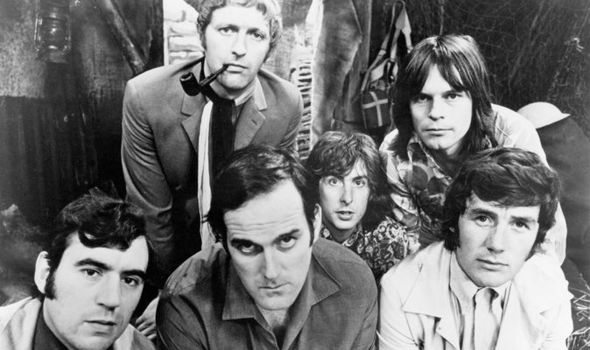 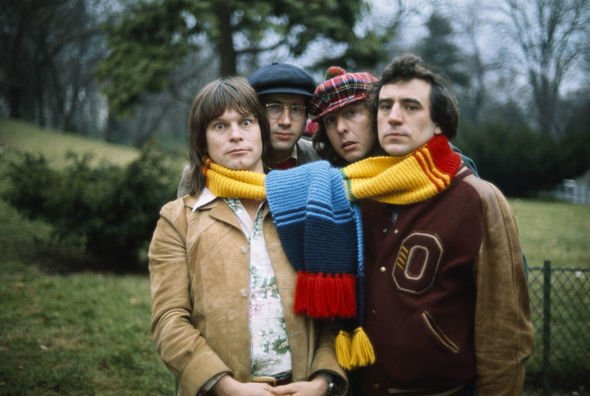 John Cleese quit Monty Python’s Flying Circus after the third season, but during his time with the show, he typically portrayed two characters: the sophisticated or the stress-out loon.

After Monty Python, Mr Cleese went on to write his own series, Fawlty Towers, with his first wife, Connie Booth.

He also starred in films directed by Mr Gilliam through the years such as Time Bandits and A Fish Called Wanda.

Mr Cleese still acts and appeared as Doc Walrus in the film Arctic Dogs in 2019, as well as acting in the TV shows Hold the Sunset and Speechless from 2018 to 2019. 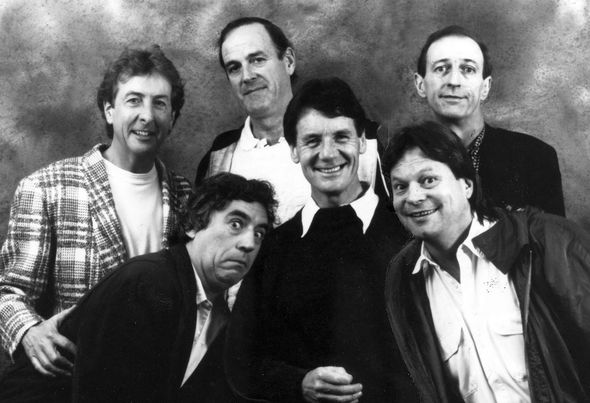 Michael Palin, 76, wrote most of his comedic material with his fellow Python member Terry Jones.

He continued to work with Mr Jones with the pair writing Ripping Yarns together.

Later he went on to star in a number of films directed by Mr Gilliam including A Fish Called Wanda in 1988 for which he won a BAFTA.

In the 1980s he broke out of comedy acting and began a career as a travel writer and documentarian.

He has travelled all over the world, including the North and South Poles, the Sahara Desert, the Himalayas, Eastern Europe, Brazil and North Korea.

In 2019, the television presenter bagged a knighthood for his significant contributions to travel and culture and geography.

Eric Idle, 76, is best known for his elaborate wordplay and musical numbers.

He performed many of the Monty Python songs including Always Look on the Bright Side of Life and Galaxy Song.

After Monty Python’s Flying Circus, he hosted Saturday Night Live in the USA four times in the first five seasons.

His career dwindled at the beginning of the 1990s, but had a second wind when he returned to Monty Python by adapting it for other media.

The musician had great success with his musical Spamalot which was awarded the Tony Award for Best Musical. 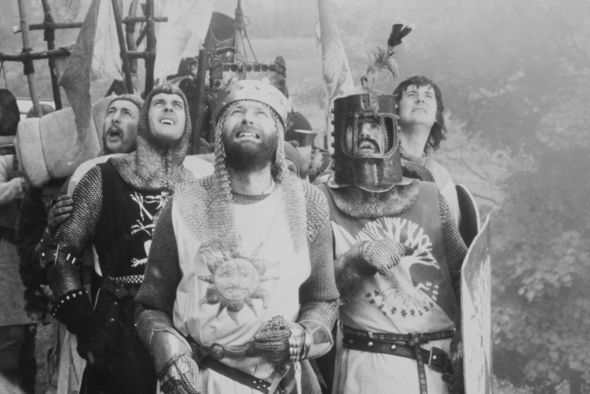 Graham Chapman played authority figures such as the Colonel in Monty Python, as well as two lead roles in the films Holy Grail and Life of Brian.

He turned down a career as a doctor to be a comedian and eventually established a writing partnership with John Cleese.

He left the UK for Los Angeles after Monty Python’s success and attempted to make it in America, producing pirate film Yellowbeard in 1983, before he returned to the UK in the early 1980s.

Mr Chapman made a routine visit to a dentist in 1988 and a small but malignant tumour was found on one of his tonsils.

The following year, the cancer had spread to his spinal cord where another tumour was removed.

Despite chemotherapy and several surgeries, his cancer was declared incurable and he died on October 4, 1989, aged 48.

He attended Oxford University where he read History and where he met his Monty Python co-star Michael Palin.

Mr Jones was the driving force behind abandoning punch lines at the end of sketches and developing what became the show’s trademark stream of consciousness.

He made his directorial debut with the team’s first film, Monty Python and the Holy Grail, which he directed with Mr Gilliam, before he directed Life of Brian and The Meaning of Life.

He was also a well-respected medieval historian, having written several books and presented television documentaries about the period.

In 2016, he received a Lifetime Achievement BAFTA award for his outstanding contribution to television and film.

The Graham Norton Show is on BBC One tonight at 10.35pm