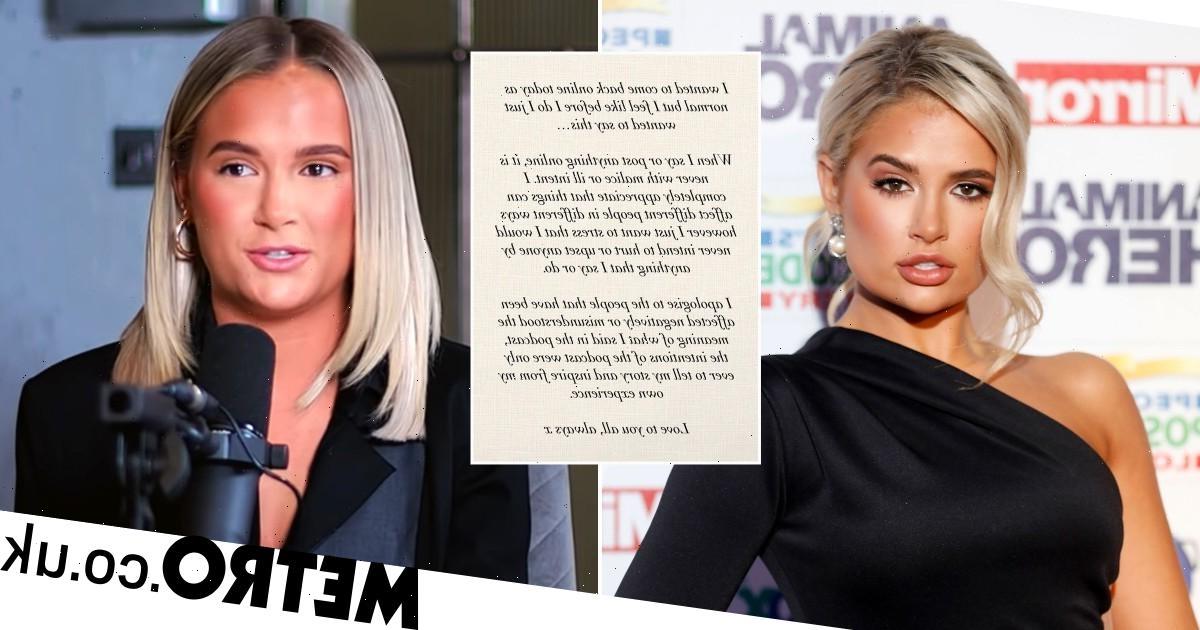 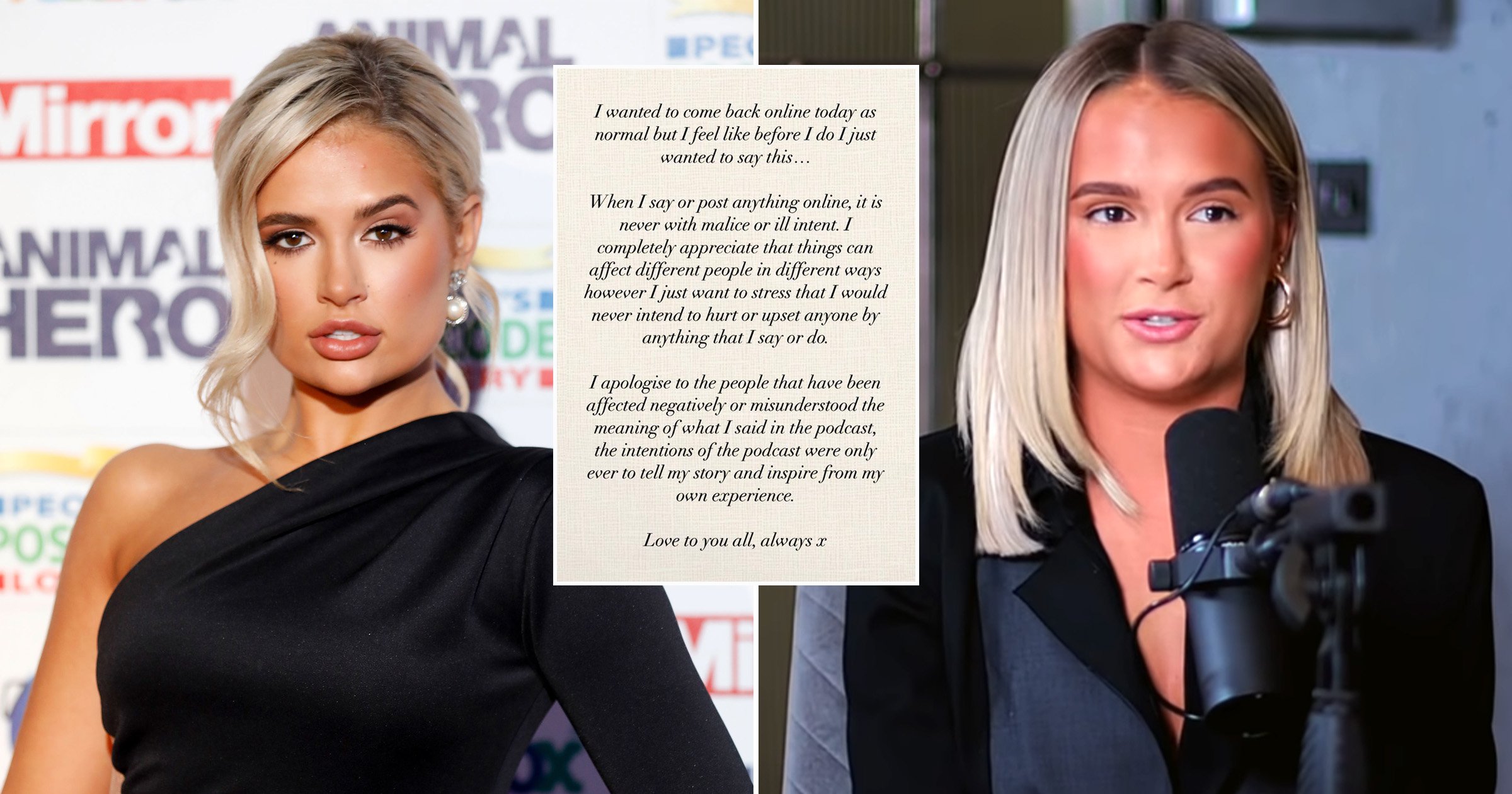 Molly-Mae Hague has responded to backlash for comments she made on a podcast about wealth and success.

The former Love Islander, 22, came under fire recently following her appearance on The Diary Of A CEO podcast and was branded ‘tone deaf’ and ‘privileged’ by Twitter users.

Molly-Mae – who is thought to be worth around £2million – made comments about how ‘you’re given one life and it’s down to you what you do with it.’

She has now responded publicly for the first time, apologising to anyone who was ‘affected negatively’ or ‘misunderstood’ what she said.

Taking to her Instagram story, the Pretty Little Thing creative director said she wanted to start posting again ‘as normal’ following radio silence on her socials amid the chaos, but felt the need to say something before she did.

Molly-Mae wrote: ‘I wanted to come back online today as normal but I feel like before I do I just wanted to say this…’

She continued: ‘When I say or post anything online, it is never with malice or ill intent. I completely appreciate that things can affect different people in different ways however I just want to stress that I would never intend to hurt or upset anyone by anything I say or do.’

Saying sorry, she concluded: ‘I apologise to the people that have been affected negatively or misunderstand the meaning of what I said in the podcast, the intentions of the podcast were only ever to tell my story and inspire from my experience.’

The influencer singed off with ‘love to you all, always x’

Molly-Mae’s comments in the podcast were controversial, and she became the talk of social media for days.

Speaking on the podcast with Dragon’s Den star Steven Bartlett, she originally said: ‘When I’ve spoken about that in the past, I have been slammed a little bit, with people saying, “It’s easy for you to say that, you’ve not grown in poverty, you’ve not grown up with major money struggles, so for you to sit there and say that we all have the same 24 hours in a day, it’s not correct.”

‘And I’m like, but technically what I’m saying is correct. We do. So I understand that we all have different backgrounds and we’re all raised in different ways and we do have different financial situations, but I do think if you want something enough, you can achieve it.’

The TV star said ‘it depends to what lengths you want to go to get where you want to be in the future,’ as she will ‘go to any lengths’ and has ‘worked my absolute a**e off to get where I am now.’

Her comments left a sour taste in the mouths of many who called her out for being ‘ignorant’ to those who grew up in poverty.

Molly-Mae’s Wikipedia page was also vandalised, with her name being edited to read ‘Molly-Mae Thatcher.’

Before Molly-Mae responded herself, her reps rebuffed the criticism, with a statement clarifying that she was ‘discussing her own experience.’

They add that she ‘acknowledges that everyone is raised in different ways and from different backgrounds,’ but her comments are ‘in reference to timing, hard work and determination in her own life.’