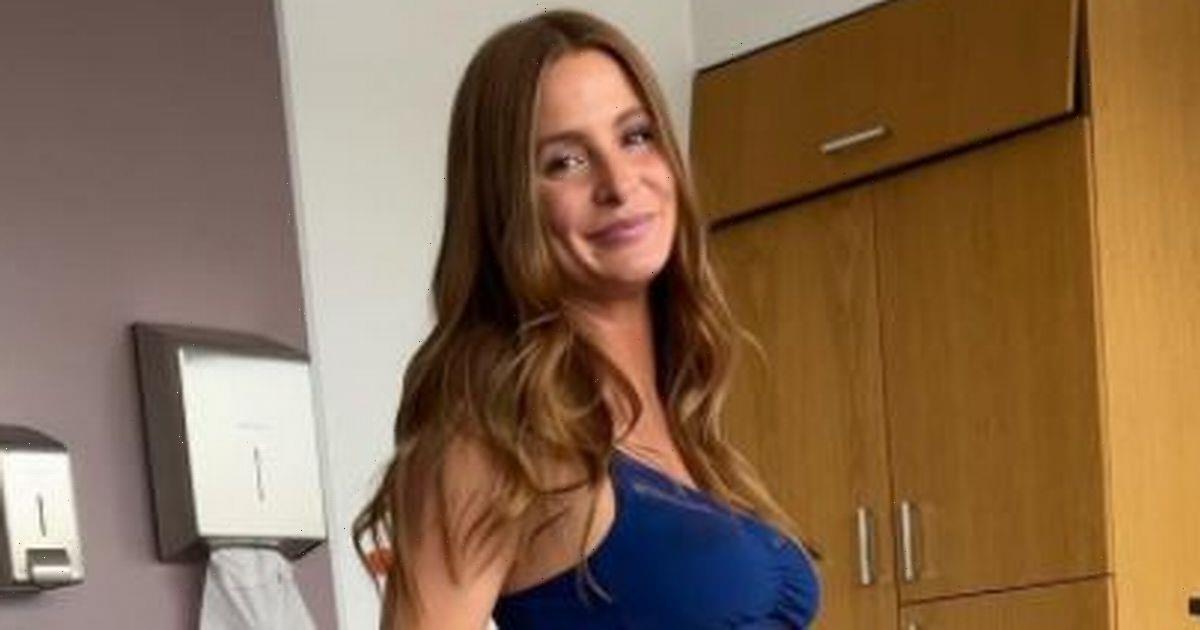 Millie Mackintoshhas shared her daughter Aurelia’s birth story, where she described her second C-section as “magical”.

Taking to Instagram on Wednesday 12 January, the mum-of-two shared a string of snaps of her in hospital shortly before and after giving birth to Aurelia.

The doting mother gave birth to her second baby in November 2021, whose full name is Aurelia Violet Taylor.

Alongside the photographs of her in hospital, Millie detailed her daughter’s birth to her 1.4 million social media followers.

She wrote: “Lots of you have been asking me to share Aurelia’s birth story.

“Firstly let me say that my birth experience was really positive, the playlist I made when I had Sienna was playing in the background, Hugo was there and I felt totally calm and ready, but that wasn’t the case in the few weeks before.”

“I was admitted to hospital two weeks before my c section was booked in as they thought I was in early labour and having contractions brought on by throwing up after I caught the norovirus,” Millie continued.

“Naturally I went into panic mode as I felt so unprepared and nervous, plus Sienna was poorly at home with Hand Foot & Mouth and I knew she needed her Mama! It was seriously bad timing, I was monitored overnight and pumped full of fluids as I got really dehydrated, but thankfully it was a false alarm so I was discharged to go home again.”

Two weeks later, Millie went on to have her second C-section, which was “everything that (she) hoped it would be and just magical”.

The former reality TV star went on: “I asked to drop the curtain and watch Aurelia be born, which was an incredible moment that I will treasure forever! I can’t thank the amazing staff at @thekensingtonwing enough for their care and support, during both of my stays.”

Since becoming a mum for the first time in May 2020, the 32 year old has been extremely candid about motherhood, and recentlyopened up about her struggles she’s faced with baby Aurelia.

Sharing a snap of her feeding the tot, Millie wrote: “I feel very lucky that Aurelia has taken to breastfeeding and I really cherish the one on one time, but it hasn’t been plain sailing so far!”

Millie proceeded to give a shoutout to other mums finding parenting tough.

“We got this!”, she wrote in encouragement.

For updates on all your favourite celebs, sign up to our daily newsletter here.