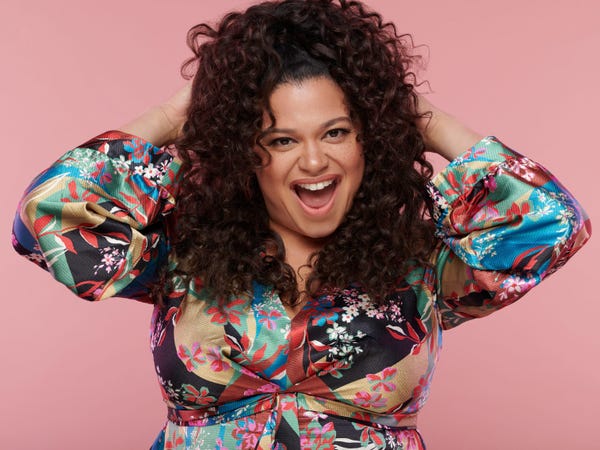 Michelle Buteau, who hosted the first season of Netflix's "The Circle," hinted that fans have a lot to look forward to in the reality show's second season.

"It is coming back. We're gearing up to do a season two," she told Insider on Monday.

The 43-year-old comedian said that the show's creators and casting team have already warned her about a "surprise" in the upcoming season.

"God, casting won't give me any details, but they're like, 'You will be surprised.' And I'm like, 'I don't know what that means,'" she said.

Buteau continued, "They did such a phenomenal job season one, really just picking diverse people that represent all walks of life in America. So I really can't wait to see what they do."

The comedian added that the cast and crew will adhere to safety guidelines to prevent the spread of COVID-19, the disease caused by the novel coronavirus. And since the contestants are initially physically separated from each other throughout filming, the show is, in many way, well-suited for the pandemic.

The show's creator, Tim Harcourt, told The Oprah Magazine back in January that the season one contestants were isolated for 15 days while filming from their apartments. They shot from the same building in Manchester where the original U.K., French, and Brazilian versions were filmed, according to Digital Spy.

Harcourt also said that the contestants didn't have internet access and couldn't bring computers or phones with them while filming.

In fact, Joey Sasso, the season one winner who walked away with the $100,000 grand prize, told Insider that his experience on the show made quarantining during the pandemic much easier.

"My time in isolation during 'The Circle' prepared me for this quarantine in so many ways," he said in May.

"I feel like it really gave me an understanding of what it's like to be completely cut off from society and have to rely on your own mental strength to make it through each day," Sasso continued, "to become comfortable living a similar pattern every single day and have to hold it together without losing my mind."

Netflix announced back in March that the reality show was renewed for a second and third season.

"It's been incredible to see Netflix members everywhere respond to the raw, authentic stories of real people and real stakes," Brandon Riegg, the vice president of nonfiction and comedy specials at Netflix, said, according to The Hollywood Reporter.

He added, "We pride ourselves on creating a favorite show for any taste, and we're thrilled fans embraced all of these series with such enthusiasm and shared passion. We look forward to sparking more joy for our members."

A premiere date for season two hasn't been released yet. However the reality show is expected to hit the streaming platform sometime in 2021.