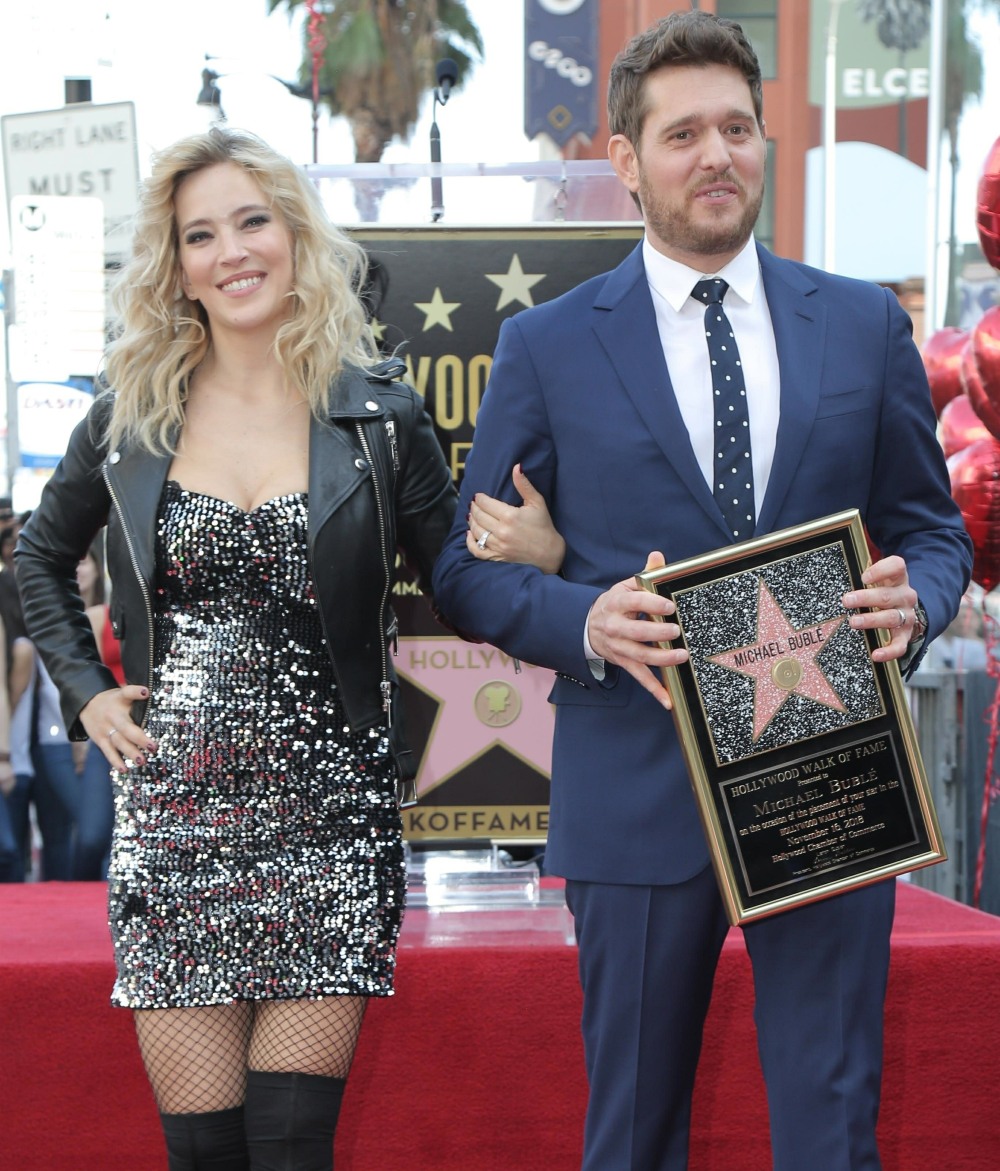 Last month, we talked about Michael Buble and his wife Luisana. They’ve been together for about a decade and they have children together. Luisana is Argentinian, and Michael learned Spanish and he’s pretty fluent at this point, and they make bilingual social media videos for their English-speaking and Spanish-speaking fans. Their marriage has been a big topic in Argentinian gossip too, and many people in the Argentinian media have had their eye on Michael for a while – there were apparently concerns about how he treated Luisana for years. But it got really bad last month, when Michael and Luisana were making a video and Michael seemed to elbow Luisana HARD and then tried to cover it by putting her in what amounted to an uncomfortable-looking half-headlock. Here’s the video that set it off:

Similar clips from the past have surfaced, and the actress has put out a statement denying the allegations. pic.twitter.com/MGtPJfx42o

After that video went viral, people began bringing up other moments in Michael and Luisana’s social media videos which were odd or problematic or just rude and uncomfortable. Throughout that discussion, weird sh-t kept happening, like Luisana was the one to come out and talk about how the discussion made her uncomfortable, and people were threatening HER. And then Michael’s rep said that we were cyberbullying him because we were like “damn, Michael really gives off an uncomfortable, violent, angry energy in the videos HE POSTS HIMSELF.” Well, now Luisana is saying something new: they got death threats because of the videos…?

Luisana Lopilato is still reeling from the frightening backlash she and husband Michael Bublé experienced last month, after some fans expressed concerns over the singer’s treatment of his wife on social media. Although the Argentinian model, 32, was quick to dismiss any negative claims about their marriage, some fans called out Bublé, 44, for how he elbowed and handled Lopilato during a moment in an Instagram Live.

During an interview with Argentinian TV show Intrusos this week, the mother of three revealed that they received “a lot of threats” amid the backlash.

“We received a lot of love from people but you wouldn’t believe the amount of people who sent me photos with weapons saying they were going to kill Mike when he reached Argentina,” she said on the television program, according to Hello!. “It made me afraid and I still feel a little bit frightened.”

“It’s not nice to receive death threats. There were a lot of threats. The positive messages we received outnumbered them but I am worried for my family. I suffered a lot with what happened,” she added. “It caused Mike a lot of pain too. He loves Argentina and he loves being with me in Argentina when I’m working,”

Speaking out on behalf of her husband, she added, “Mike is a gentleman who is always concerned with trying to make me even more happy than I already am.”

“I suffered a lot with what happened.” OH GOD. That’s what we were afraid of, that’s why most of us were trying to be careful around how we worded things. We were afraid that Michael would somehow punish Luisana because we were talking about how angry and violent he seemed in social media videos. Obviously, people should not send ANYONE death threats or threaten or harass anyone, ever. But I tend to believe that the overwhelming majority of people were simply seeking to help Luisana, and everything got twisted (because that’s what gaslighting abusers do) into “poor Michael received death threats.” He’s not the sympathetic one here, for the love of God. 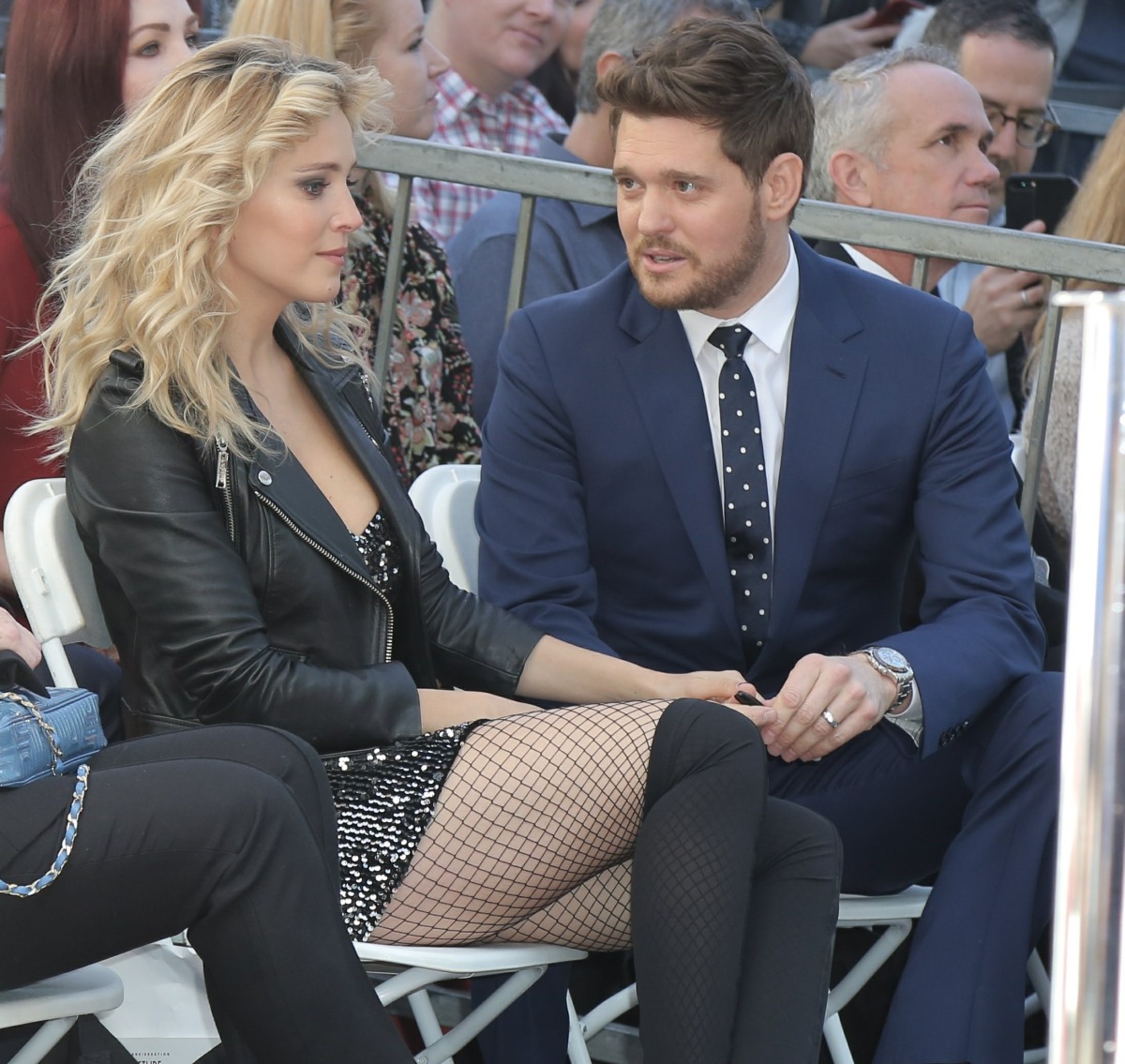