Looks like Michael B. Jordan and his new sexiest man alive crown will be breaking bread with Lori Harvey … ’cause they arrived together in her hometown just in time for turkey.

Lori and the ‘Black Panther’ star touched down in Atlanta Wednesday onboard a Delta flight from L.A., but it looks like they got the celeb treatment, as they exited down a staircase to the tarmac. No crowded jetways for this duo.

They both had their face masks on and hoodies up, but photogs saw enough of their faces to know it’s them. Lori does live in the ATL, so makes sense they’d head there on Thanksgiving eve. 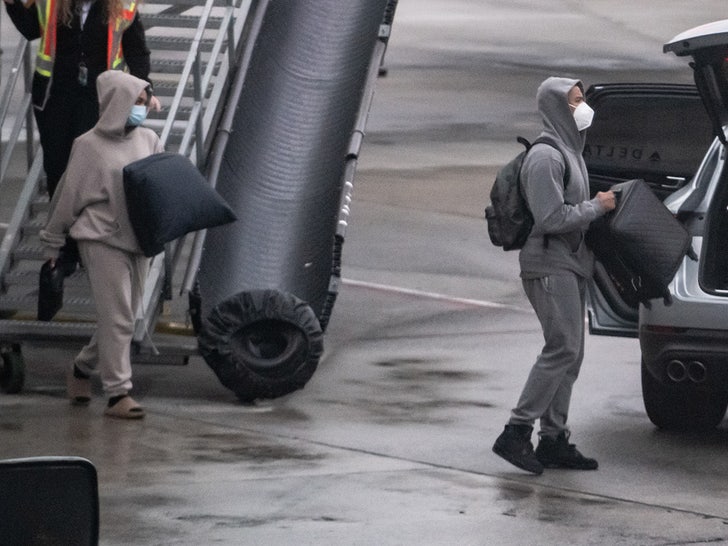 They threw their luggage in a waiting car and rolled away together … leaving us all to wonder if Michael and Lori are a hot new couple.

This is the first time the celebs have been linked together one-on-one like this — there were reports they crossed paths at Nobu earlier this year while in a large group of friends. Lori was still with Future back then, but he’s been out of the picture since August.

No official word yet, but we’ll say this about Mike and Lori — it IS cuffing season. Just sayin’ …