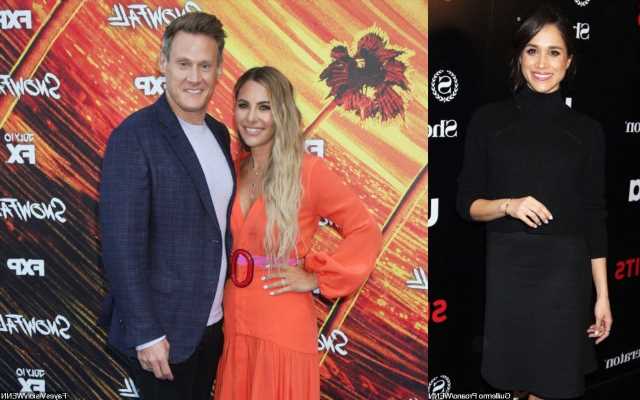 AceShowbiz -Congratulations are in order for Trevor Engelson and his wife Tracey Kurland. The ex-husband of Meghan Markle is expecting his baby No. 2 with his wife, according to Us Weekly. A source confirmed the exciting news to the magazine on Monday, June 28.

The unborn baby girl will join the 44-year-old producer and the 34-year-old nutritionist’s first daughter Ford Grace Engelson, who was born in August 2020. Despite the happy news, Trevor’s ex-wife Meghan might not reach out to him to congratulate the couple. According to a source, Trevor and Meghan “no longer speak” following their split.

The baby news arrives just weeks after Trevor’s ex-wife Meghan welcomed her daughter Lilibet Diana Mountbatten-Windsor, whom she shares with Prince Harry. The royal couple confirmed Lili’s birth in a statement on June 6.

A spokesperson for the Duke and the Duchess of Sussex stated, “It is with great joy that Prince Harry and Meghan, The Duke and Duchess of Sussex, welcome their daughter, Lilibet ‘Lili’ Diana Mountbatten-Windsor, to the world.” The statement continued, “Lili was born on Friday, June 4 at 11:40 a.m. in the trusted care of the doctors and staff at Santa Barbara Cottage Hospital in Santa Barbara, CA. She weighed 7 lbs 11 oz.”

Of the name, the couple confirmed that it was their way to pay tribute Harry’s grandmother, Queen Elizabeth II whose family nickname is Lilibet, and the Duke’s late mother Princess Diana.

“Both mother and child are healthy and well, and settling in at home. Lili is named after her great-grandmother, Her Majesty The Queen, whose family nickname is Lilibet,” the statement continued. “Her middle name, Diana, was chosen to honor her beloved late grandmother, The Princess of Wales. This is the second child for the couple, who also have a two-year-old son named Archie Harrison Mountbatten-Windsor. The Duke and Duchess thank you for your warm wishes and prayers as they enjoy this special time as a family.”