Meghan Markle and Prince Harry celebrated their second wedding anniversary earlier this week—on May 18, to be exact. Really, who could forget that magical day two years ago when they exchanged vows in front of basically the whole world?

A lot has changed since then, including the couple relocating to Markle’s hometown of Los Angeles with their one-year-old son, Archie. But gauging from their gifts to each other in celebration of the big day, their love certainly hasn’t. According to an Us Weekly source, the Duchess of Sussex gifted her husband with a very thoughtful present—and he did the same in return.

“Meghan designed Harry’s card, and hand-wrote a beautiful, sentimental message inside expressing her love for him,” the source said. “Harry surprised Meghan with a huge, stunning bouquet of roses and a ring, which she loves.” Now, unless they come out and tell us directly about their gifts (which, um, highly doubtful), we won’t ever know for certain. But we like the sound of these sweet presents. Plus, we know Prince Harry is very good at picking out rings for Markle. Just look at her engagement ring or that amazing aquamarine one she wore for their evening wedding reception, which he chose from Princess Diana’s collection of jewelry. And Markle’s handwriting is gorgeous from her days as a calligrapher, so that card was probably pretty major. 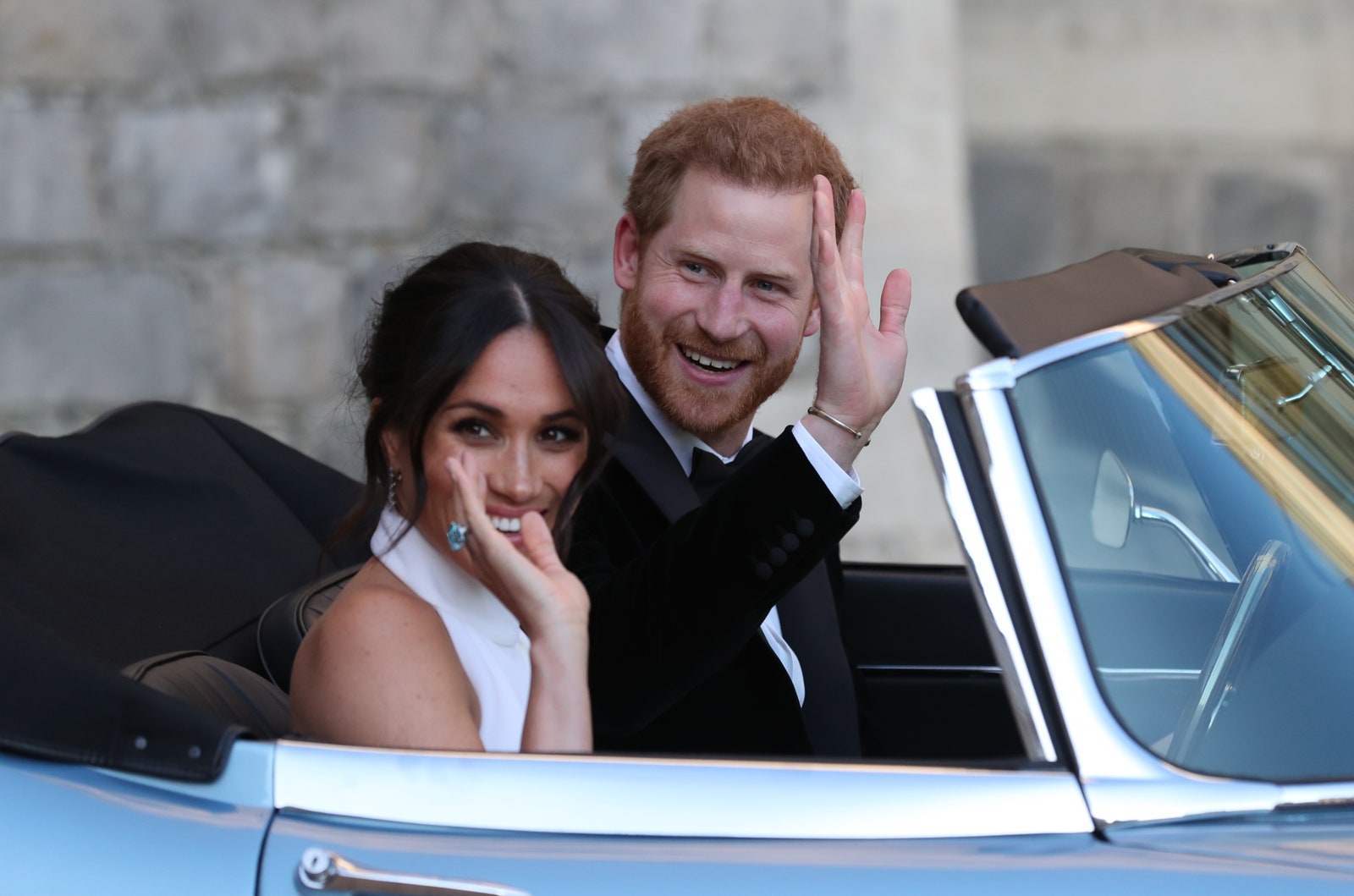 The couple reportedly spent their anniversary at home with Archie in L.A., where they have been working from home during the quarantine. “The day will simply be quality time with one another and as a family,” a source told Harper's Bazaar’s Omid Scobie. “They’re not going to be doing any work and made sure they have no meetings or calls in the diary.”

It sounds like a pretty nice day, all things considered. Hopefully when things are safe—and Meghan Markle and Prince Harry are out and about again—we’ll get a good look at that new ring.