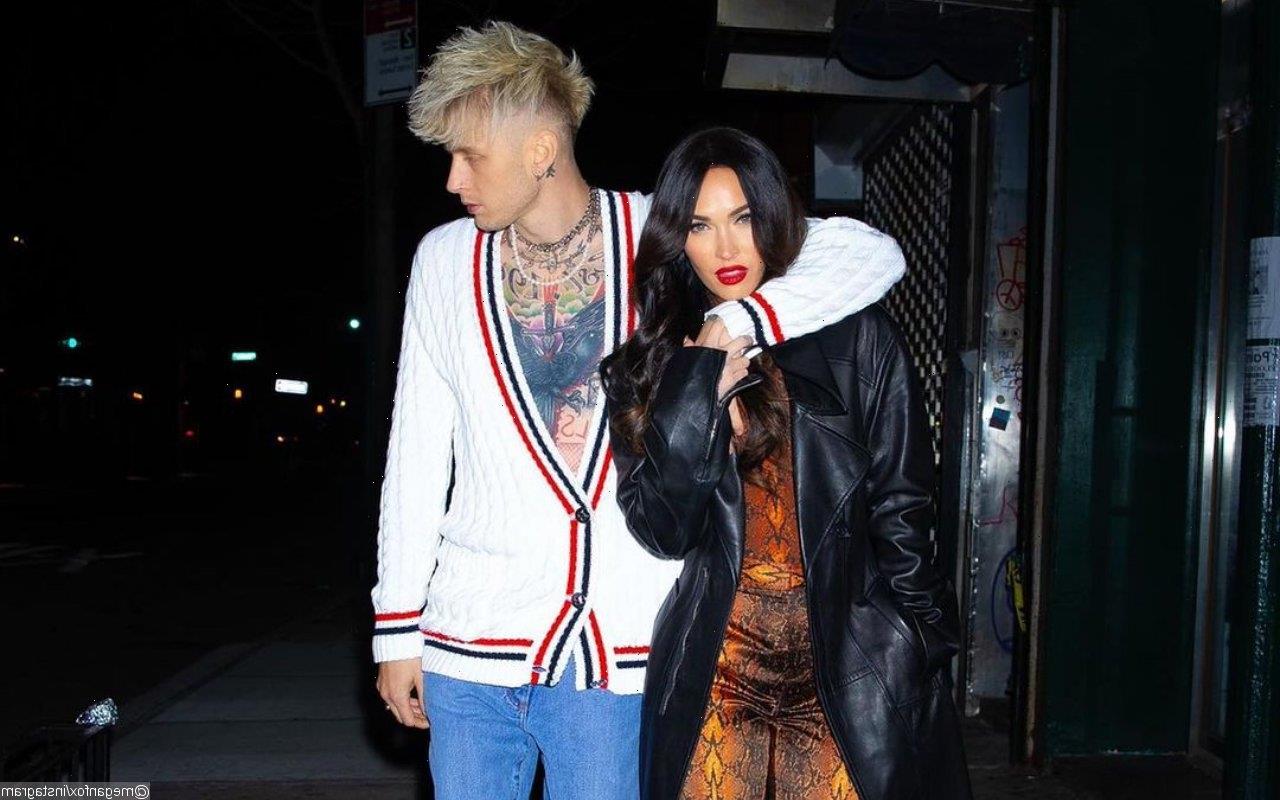 The ‘Teenage Mutant Ninja Turtles’ actress is seen wearing what appears to be an engagement ring on that finger while attending her rapper boyfriend’s preparation for the awards show.

AceShowbiz –Megan Fox may have dropped a hint at how serious her relationship with Machine Gun Kelly is. The “Transformers” beauty has sparked engagement speculation after she was spotted wearing a ring on that finger at her rapper boyfriend’s MTV Video Music Awards rehearsal.

On Wednesday, September 8, a source told Us Weekly that the “Jennifer’s Body” actress attended her boyfriend’s rehearsal. While showing support for the “Bad Things” rapper, she was caught wearing what appeared to be a “ring on that special finger.”

The insider further spilled a possible “surprise announcement” during Kelly’s VMAs debut performance on Sunday, September 12. The 31-year-old musician is expected to premiere his new single “Papercuts” at the awards show alongside pal Travis Barker.

This wasn’t the first time Fox ignited engagement rumors. Back in January, the “Teenage Mutant Ninja Turtles” actress was also seen wearing a huge diamond ring on her left hand while out and about in New York City. However, the 35-year-old actress quickly shut down the speculation by sharing an Instagram Story of the ring that saw “F**k you” carved in it. Over the photo, she also added an eye-roll emoji.

Fox and Kelly first met on the set of “Midnight in the Switchgrass“. When they met, Fox said that she felt it was meant to be. “I could feel that some wild s**t was going to happen to me, but I wasn’t yet sure what,” the “Till Death” actress said during a July 2020 episode of Lala Kent’s podcast “Give Them Lala…with Randall”. “I just felt it like, deep in my solar plexus, that something was going to come from that, so then, we met on set.”

During the interview, Fox also called Kelly her “twin flame.” She said at the time, “Instead of a soulmate, a twin flame is actually where a soul has like ascended into a high enough level that it can be split into two different bodies at the same time. So we’re actually two halves of the same soul, I think.”