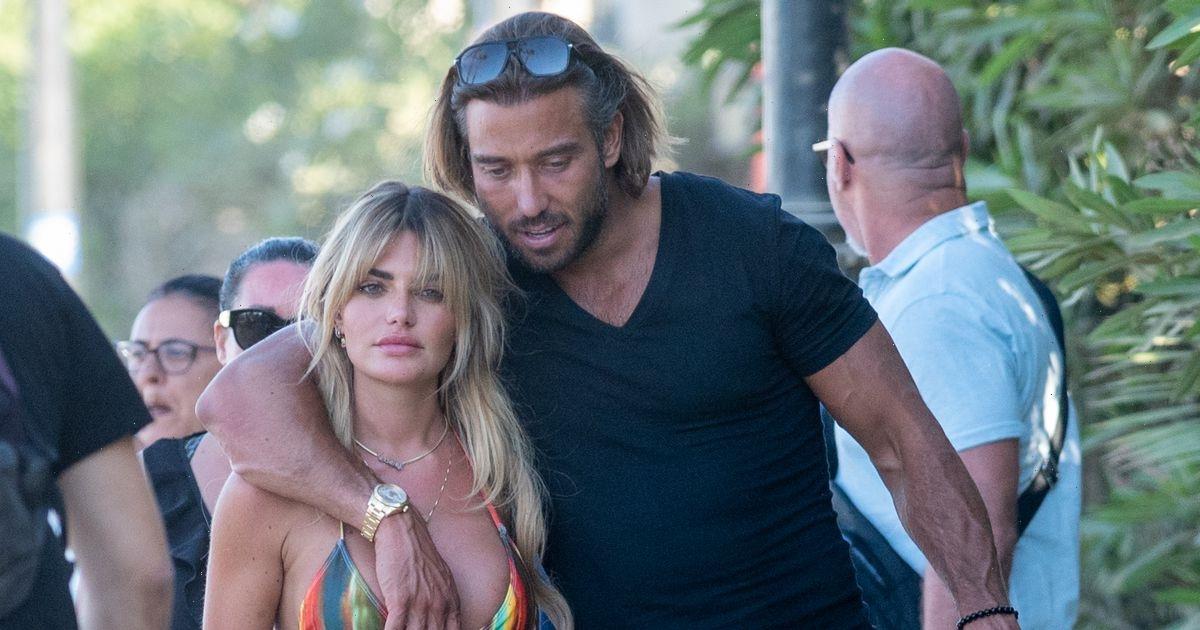 Former Love Island star Megan Barton-Hanson has appeared to reunite with her on-off boyfriend The Only Way is Essex's James Lock.

The pair were spotted putting on a very cosy display as they held hands and cuddled up whilst on a sun-soaked holiday in Costa del Sol, Spain.

Megan, 28, and 35 year old James have had quite a tumultuous relationship over the past year after meeting on Celebrity Ex OnThe Beach last year.

However, the on-off couple appeared to be back on as they were spotted holding hand and cuddling during a stroll in the Spanish sunshine.

Megan looked stunning in a multicoloured string bikini top which she teamed with a tiny pair of denim hot pants, sliders and a white handbag.

Her long blonde hair was worked into a half-up, half-down hairdo and her recently-cut bangs looked great with the style.

While James showed off his muscular arms and legs in a casual black T-shirt and matching shorts as he clutched a designer bag.

His long brown locks were pushed back away from his face with a pair of black sunglasses as he packed on the PDA with Megan.

The pair were not shy about showing their affection for each other, with James throwing an arm around Megan's shoulders and holding her hand as she puffed on a cigarette.

The on-off couple were also seen gazing into each other's eyes and chatting away as they enjoyed an intimate dinner.

Megan and James split around Christmas time last year with the on-off couple later reuniting and parting ways again in March for a second time.

A source told OK! at the time: 'She [Megan] knows it's for the best and they've realised the best thing for them to do is to call it a day.

"But friends of the couple said that they have this weird connection and they can't keep away from each other, so they wouldn't be surprised if they got back together."

Speaking about their romance, James previously told OK!: "Yeah, it's mad because we knew about each other, I fancied Megan, and from what I know, Megan found me attractive.

And after their previous break-up, he confirmed they were on good terms.

"Me and her are very much still in contact," he said.

"We're both good friends and I'm still in contact with a lot of the gang, we're in a group chat together so we all chat together."