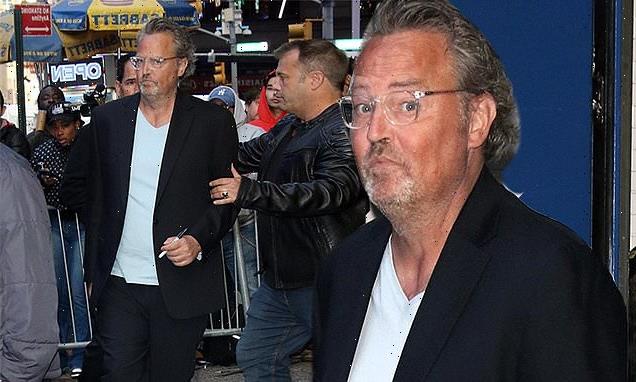 As he entered at Times Square studio, located on the corner of West 44th Street and Broadway, he carried a hot coffee and sported a natural tan from playing pickleball. 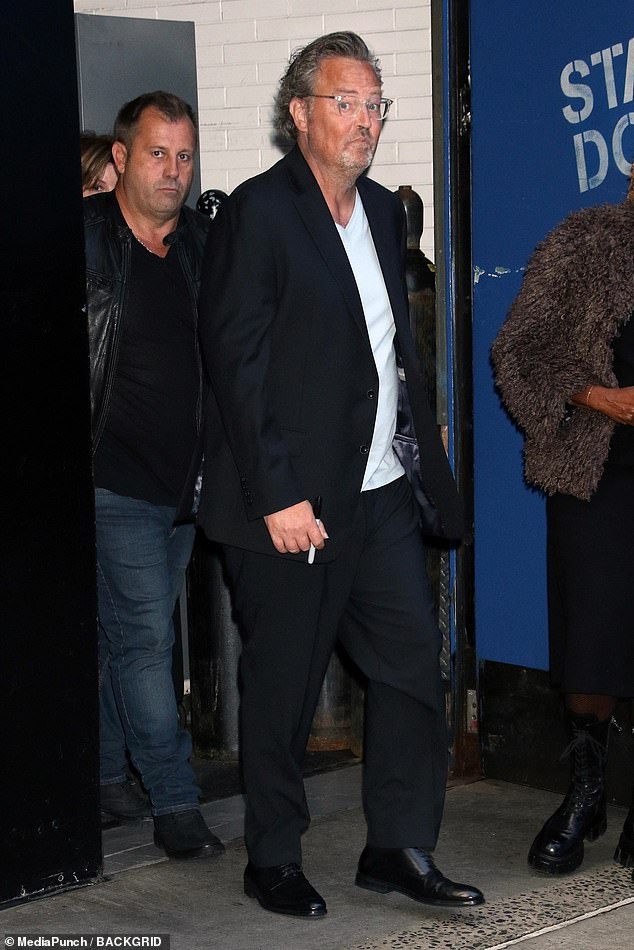 During his appearance on Monday’s segment, the 17 Again star revealed a ‘few’ of his former Friends costars have already reached out about his upcoming new book.

‘I’ve gotten some really nice texts from a few of them already, and the book isn’t even out yet,’ he said of Jennifer Aniston, David Schwimmer, Lisa Kudrow, Matt LeBlanc and Courteney Cox.

He continued: ‘So hopefully, [I get] more. It’s very important to me that I didn’t go after anyone and I wasn’t gossipy [in the book].’ 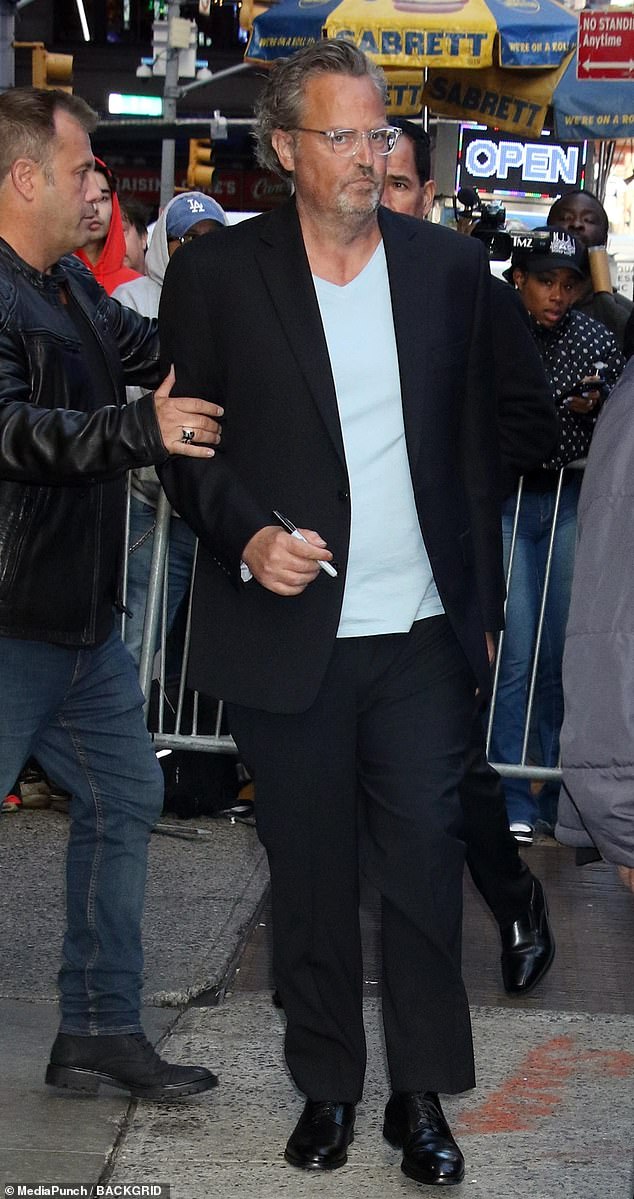 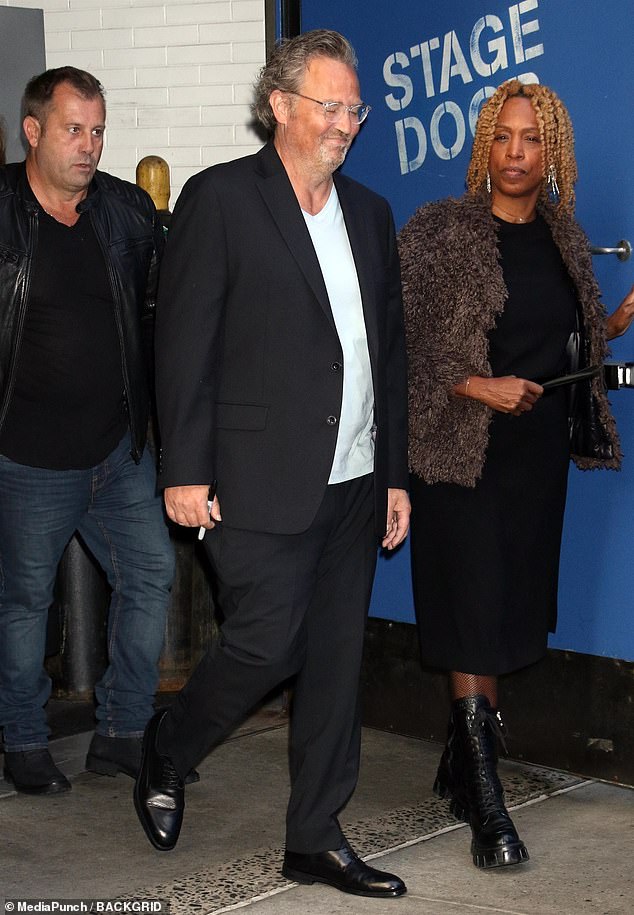 Healthy: As he entered at Times Square studio, located on the corner of West 44th Street and Broadway, he carried a hot coffee and sported a natural tan from playing pickleball

Additionally, Perry said he ‘can’t wait’ for the world to read his story, which he hopes will ‘help a lot of people.’

At its worst, his addiction had him drinking a quarter bottle of vodka a day and taking 55 Vicodin, methadone and Xanax. He talked at length about the addiction in an hour-long interview with Diane Sawyer that aired on Friday.

He added that while writing the book was easy, reading it back became a painful process for him. 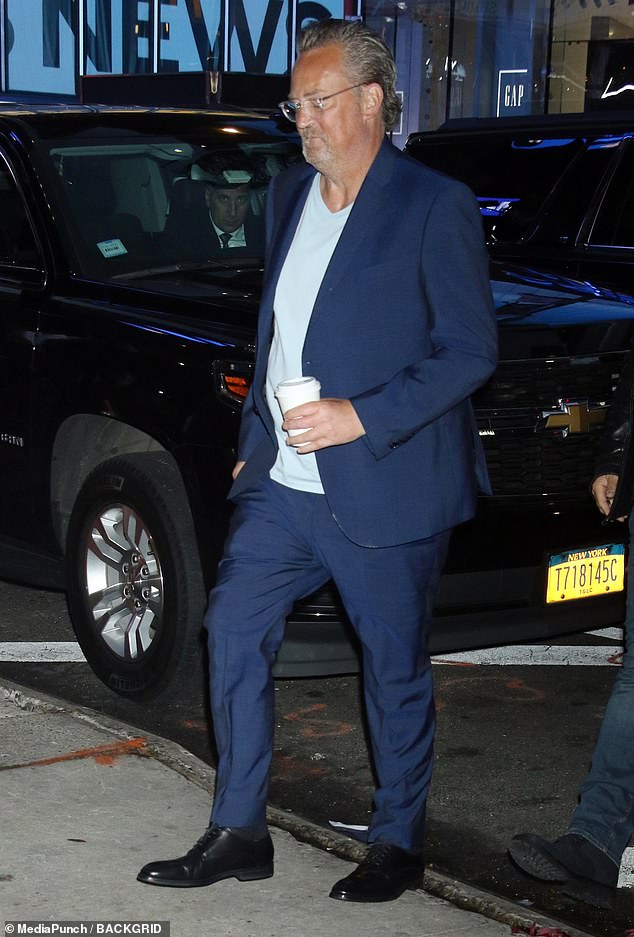 Receiving support: During his appearance on Monday’s segment, the 17 Again star revealed a ‘few’ of his former Friends costars have already reached out about his upcoming new book 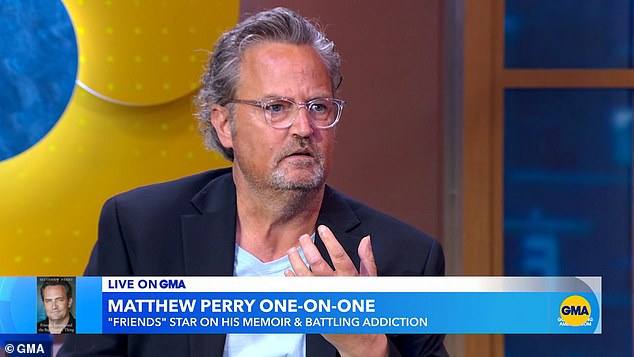 Hopeful: He continued: ‘So hopefully, [I get] more. It’s very important to me that I didn’t go after anyone and I wasn’t gossipy [in the book]’

‘It was a gratifying experience to write the book, it all just poured out of me. It came easily to me to write it but then I had to read it for the Audible part of it and that was really hard.

‘Reading and it sort of disassociating a bit… thinking “God, what a terrible, hard life this guy has had and realizing, I’m talking about myself.

‘I felt very sorry for that person because I know what was going on in his head and it all had to be a secret. I was on a show that a lot of people were watching and trying not to have a lot of people know that,’ he said. 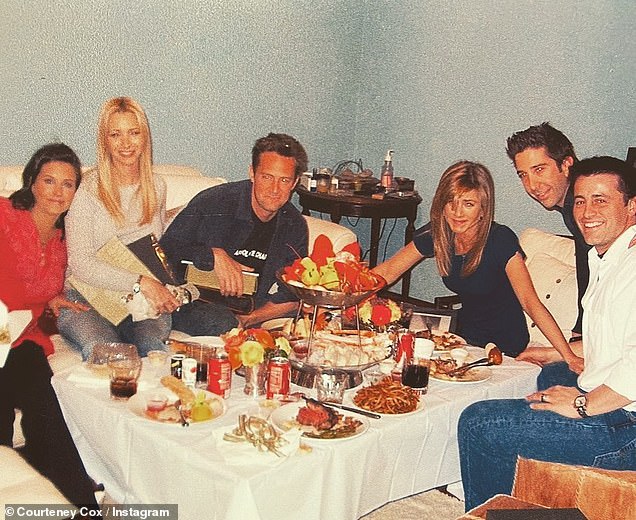 He added that he had tried to ‘not go after’ anyone in the book, despite sharing previously secret details of romances with Julia Roberts and Valerie Bertinelli.

‘It’s very important to me that I didn’t go after anyone and I wasn’t gossipy,’ he said.

He added that for years, he was unaware that he was an alcoholic.

‘A lot of people have alcoholism and don’t know that they do. They’re wondering why they drink so much. I didn’t know. I had to keep it a secret because I didn’t understand what was going on. 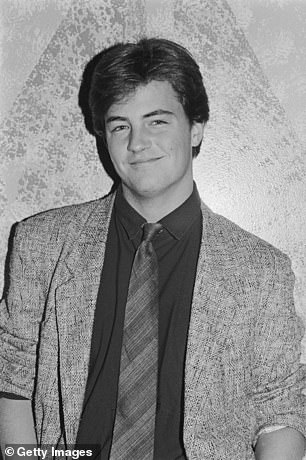 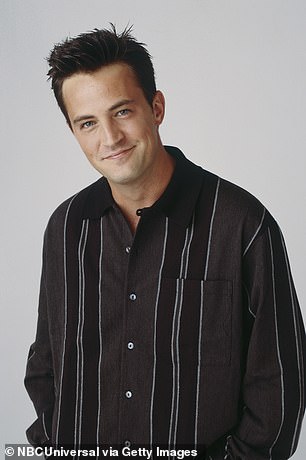 Perry, left, in 1987 and right, at the height of his Friends fame. He previously told Diane Sawyer how viewers could ‘track’ his addiction with his weight: ‘When I’m carrying weight, it’s alcohol. When I’m skinny, it’s pills.’

‘Certain lines in the big book of Alcoholics Anonymous made me aware.

‘I thought I was alone in this and then I read a passage that said drinkers think they are trying to escape but really what they’re trying to do is get over an illness that they don’t know they have. I went, “oh there’s 30 million people that think like me.”

Perry is now a sponsor to other alcoholics, something he said he takes joy from. 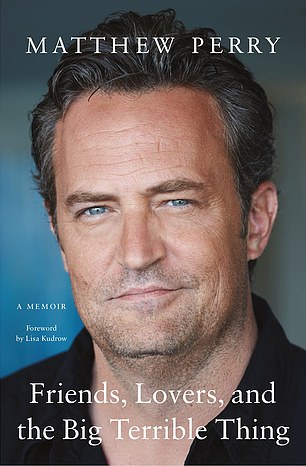 He previously told Sawyer how he battled the lowest points in his addiction when he was at the top of his career.

‘I should have been the toast of the town, but I was in a dark room meeting with nothing but drug dealers and completely alone,’ he told Diane Sawyer in an hour-long interview that aired on Friday.

It began when he was 14, when he said he drank an entire bottle of wine. By 18, he was drinking every day, he said.

‘I lay in the grass and was in heaven,’ said Perry, who is promoting his new memoir Friends, Lovers and the Big Terrible Thing, which details his battle with addiction. ‘I thought to myself, “This must be the way normal people feel all the time.”‘

In the book, he reveals how Aniston was among the most supportive of his Friends co-stars, telling Sawyer: ‘She was the one that reached out the most. You know, I’m really grateful to her for that.’

He also reveals in the book that he broke up with Julia Roberts because dating one of the world’s biggest stars was ‘way too much for him’.

He dished on asking Jennifer Anniston out on a date before they co-starred on Friends (she said no) and also claimed to have made out with Valerie Bertinelli while her husband was passed out.

Perry says he has been to rehab 15 times and estimates he has spent $9million on trying to be clean and sober throughout his life.  Now, he says he craves a wife and children.

In his interview with Sawyer, he said viewers of Friends could ‘track’ which drug he was taking or if he was drinking by monitoring his weight.

He guesses he has attended some 6,000 Alcoholics Anonymous meetings and had detoxed 54 times, many of which were during his run on Friends.

He appeared on the show throughout its 10-year run but made a rule to never drink or take drugs on set.

‘I made a rule that I would never drink or take anything at work,’ Matthew said.

‘So I would never do that, but I would show up blindly hungover. Like shaking. I loved Chandler, I loved the show. And I knew, “Remember this, because it’s going to be the best time of your life.”

‘And I knew I would never forgive myself if I messed this up,’ he said.