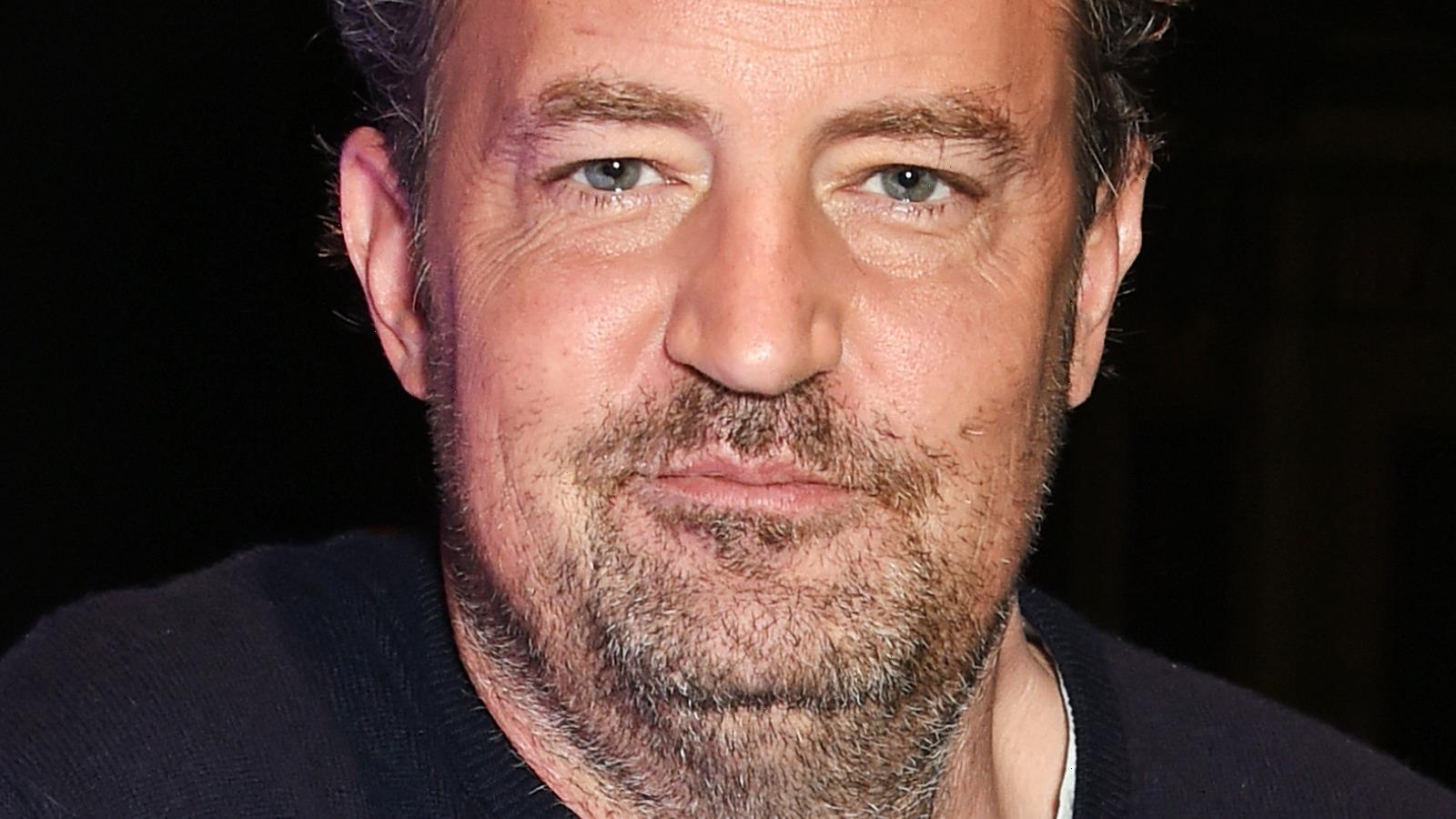 The following article includes discussion about drug and alcohol use.

Matthew Perry has quit Cameo, and it has left fans confused and concerned. The 51-year-old former “Friends” star quit the celebrity video app ahead of the premiere of the long-awaited HBO Max reunion special that he taped with fellow cast mates Jennifer Aniston, David Schwimmer, Courteney Cox, Matt LeBlanc, and Lisa Kudrow earlier this year.

Perry’s profile still comes up on the Cameo app, but there is currently not an option to request a video from him. The wealthy actor, whose net worth is estimated to be $120 million (per Celebrity New Worth), was previously charging an eye-popping $999 for 20-second video messages for his fans. In his bio, Perry noted that he was “so excited” to connect with his fans — well, those who have deep pockets, anyway. Perry’s Cameo page now has a “Notify Me When Available” message that pops up when fans try to book a video.

While many stars take “breaks” from Cameo, the timing of Perry’s absence is what is causing concern amongst his fans.

Matthew Perry has a history of drug and alcohol abuse

In a recent “Friends” reunion promo trailer for People, viewers noted that Matthew Perry did not look like himself and that he was slurring his speech. The actor seemed disengaged during a sit-down with co-stars David Schwimmer and Matt LeBlanc as they reminisced about their long-running sitcom. Viewers took to social media to comment on Perry’s appearance at the reunion, with some speculating he had relapsed in his drug addiction, according to Prevention.

Perry’s public addiction battle started during his “Friends” heyday when he became addicted to Vicodin after an injury. His drastic 20-lb. weight loss alarmed fans of the Emmy-winning NBC sitcom, and the actor once admitted that he does not remember filming three seasons of the show. During that time, Perry also drank up to a quart of vodka per day and made a failed attempt at rehab. In 2001, the actor finally reached out to his parents for help when he feared he would die if he did not do something.

Fans are also worried about Perry’s health, as he seemingly slurred his speech during the trailer for “Friends: The Reunion.” However, a source claims said concerns were unwarranted for one simple reason.

As fans try to make sense of Matthew Perry’s slurred speech and sudden exit from Cameo, a source has given an explanation for his appearance on the “Friends” reunion promo. A source told The Sun that Perry underwent an unexpected dental procedure just before the reunion taping. “Matthew turned up to the reunion [in April] and members of his team said that he had an emergency tooth procedure that day,” the source said. “That was said to impact his well-being and also how he was feeling. He had been in pain from what we understand, which caused the slurred speech,”

The insider added that, while “no one wants to film after a procedure,” Perry pushed through and fulfilled his commitment for the reunion special.

As for fans who think there’s more to the situation, as recently as November 2020, Perry was said to be sober. An insider told InTouch that Perry was “happier than ever” after “reestablishing his AA program” and finding love with fiancee Molly Hurwitz. “She literally gave him something to live for,” the source said. Thus, we can assume that only time will tell why Perry quit Cameo so suddenly.

If you or anyone you know is struggling with addiction issues, help is available. Visit the Substance Abuse and Mental Health Services Administration website or contact SAMHSA’s National Helpline at 1-800-662-HELP (4357).