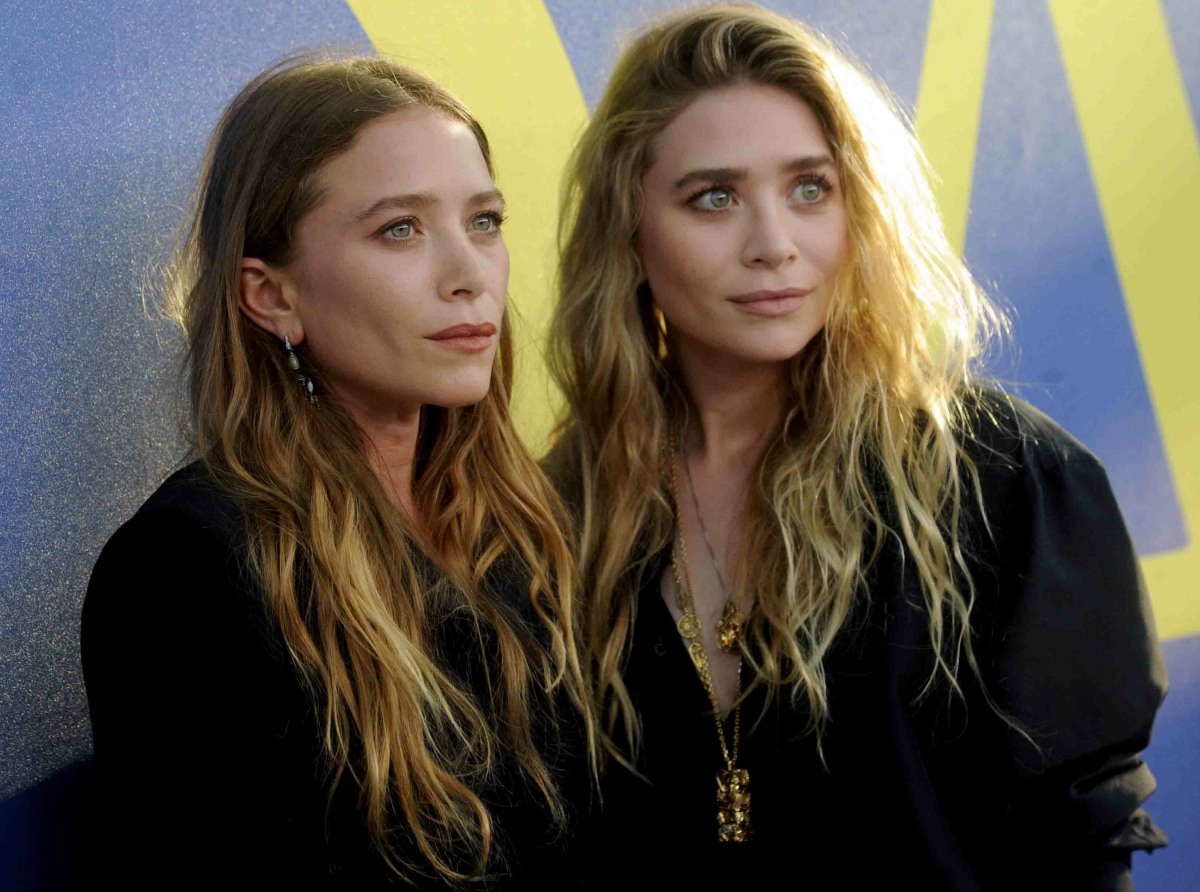 Mary-Kate and Ashley Olsen are profiled in I-D Magazine and the piece is almost entirely about their high-end label, The Row. The Row is a favorite among fashionistas and wealthy tastemakers but the prices are so high, you don’t see the pieces in most “street style” photos. MK and Ashley started The Row by designing one perfect white t-shirt and fifteen years later, The Row employs hundreds of people throughout America and Europe. The line has revitalized and redefined American craftsmanship in fashion. Props to them, honestly. I think most The Row’s designs look like high-end bag-lady stuff, but God bless. Some highlights from this I-D piece:

Ashley on starting The Row: “I don’t know how conscious we were of what we were doing at that time, to be really honest. We had just moved to New York. We were 18 years old and I think what we did know was that we wanted to take that time to take a break from what we were previously doing and to explore things that interested us, and explore what life has to offer…” “Creatively,” Mary-Kate chimes in. “We wanted to explore making something of ourselves,” Ashley finishes.

They never wanted to be the faces of The Row: “We didn’t want to be in front of it, we didn’t necessarily even want to let people know it was us,” Ashley explains. “It was really about the product, to the point where we were like: Who could we get to front this so that we don’t have to?”

Their privacy: They rarely give interviews (“We’re a bit out of practice,” warns Mary-Kate), they don’t have social media, nor do they shop online.

MK on hard work: “I think we’re very much perfectionists and hard workers and we’ve always been hard workers. So, I am happy that people look at it as a perfect product, or products that feel complete, or whole. I think the reason that we do fashion is to constantly try to fix our imperfections, and you always have next season to do that. It’s also our job to find every imperfection in there to make sure that we’re constantly pushing ourselves and training our eyes and making sure everyone is served. Just evolving and learning.”

MK on luxury: “The word luxury is used pretty much everywhere now, but for us it’s something that makes your life easier. The idea that you could buy something off the rack, put it on your body and it already feels like a part of your wardrobe, that’s luxury. You don’t even have to think about it.”

Ashley on growing The Row slowly: “It was small enough for the business to get through the early years, and I think we even saw more of an investment in our pieces because it was really about the quality of the garment and people felt comfortable and safe investing in our pieces.

Discretion at all costs: MK says, “We were raised to be discreet people.” Ashley: “I think that potentially that’s just our aesthetic, our design preference. But that doesn’t mean that we don’t also appreciate something truly ornate or maximal. Sometimes a collection even starts quite like that, and then gets pared down. It doesn’t always start from that simplistic place.”

Ashley on the twin thing: “We like working together and we like having that dialogue. I think it helps harden your ideas to be able to hear them out loud, to speak something through. You know, we definitely go by intuition and instinct and it can either confirm that feeling, or if we’re both not feeling right about something, for some reason, we just don’t do it. Our instincts are kind of the same. But I think what’s great is that we have each other to lean on. And managing design is one thing and then also running the business side is another and I think you have a lot of decisions to make. I mean, when you put those two things together, there’s a lot of decisions to make on a daily basis, so I think we feel fortunate that we can have that dialogue and divide and conquer a bit.

What sort of strikes me, every time I read an interview with the Olsens, is how they never really felt the need to develop wildly separate interests, which is what many twins do. They were always like “oh, you’re into that? Cool, so am I,” and they built a billion-dollar business off of it. They have the twin-brain happening, of course, but that natural “twinness” has been heightened over decades of working so closely together on all of their shared businesses. They really are two halves of the whole. As for discretion… yeah, they are discreet. But more importantly, they’re not needy. They don’t *need* to be out, to be seen, to get press. That natural reticence makes them more fascinating. 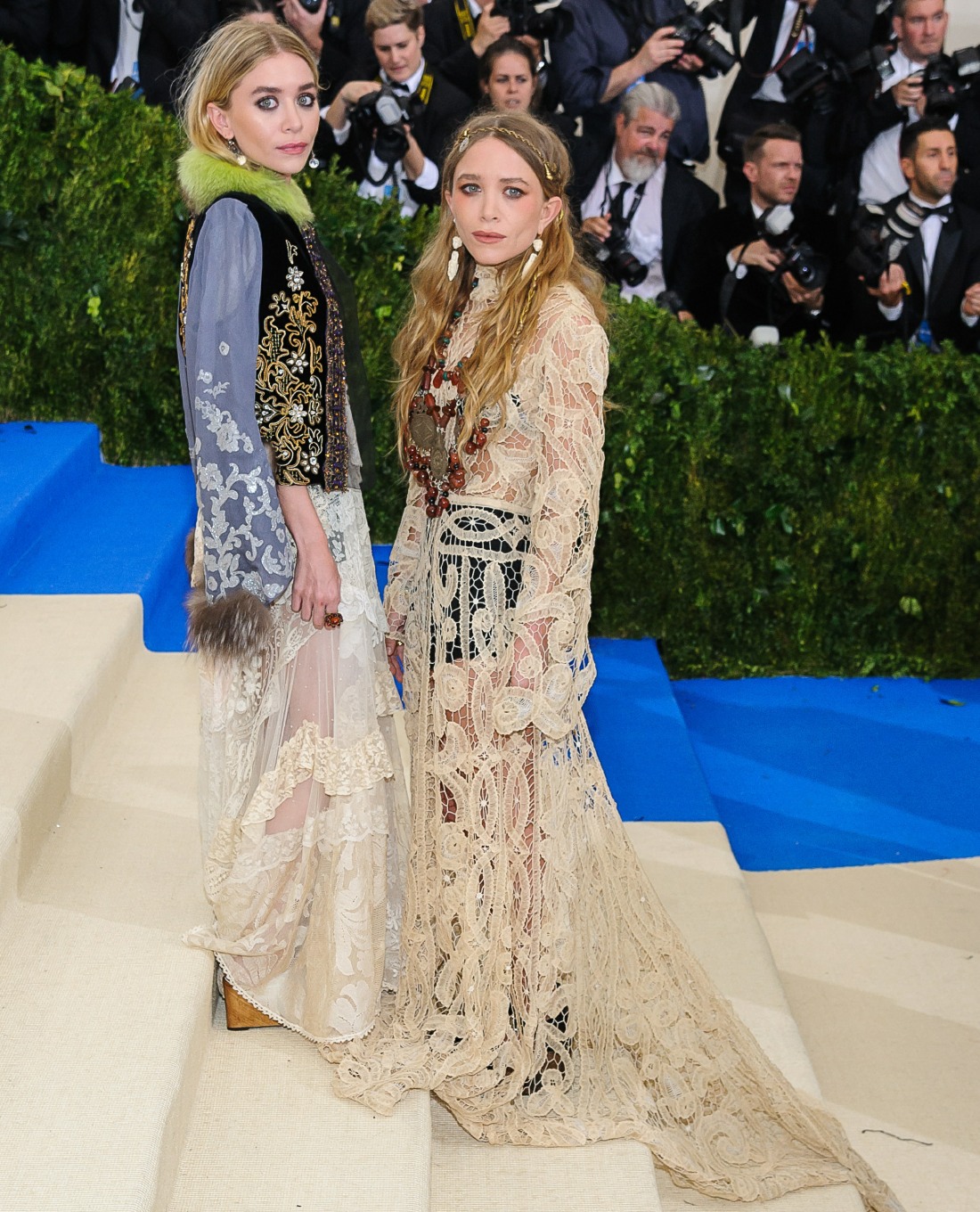