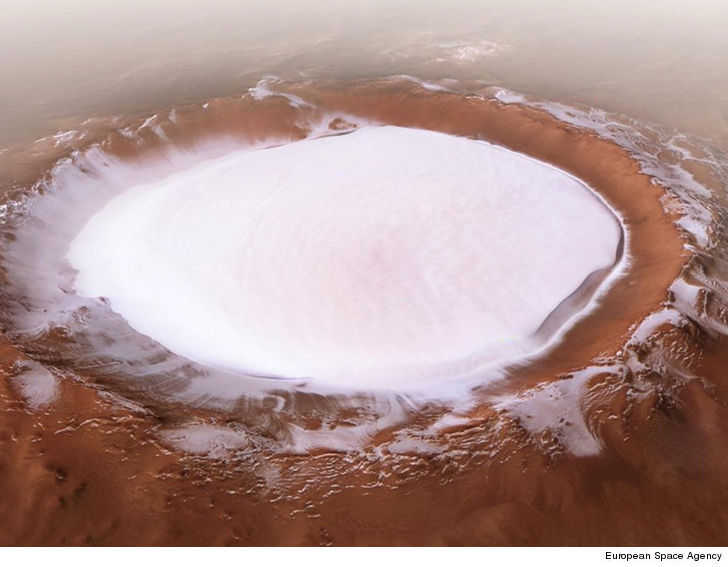 We hear Mars is super cool this time of year — and a European satellite is confirming it with some awesome shots of a 50-mile wide frozen lake!

You’re looking at Korolev Crater — it’s on the North side of the red planet — and the European Space Agency’s Mars Express probe did a flyby Thursday. It’s not quite our North Pole, but still pretty spectacular to see so much water in one spot on Mars.

Scientists first discovered the lake back in 2004, and they’ve been keeping a steady eye on it ever since — and NOT for little green men in ice skates, although that would be awesome.

Turns out, even during those balmy Mars summers, the lake stays frozen … because it’s so large, it actually cools all the air around it.

You’re welcome in advance — for the trivia question you’re gonna nail this weekend. 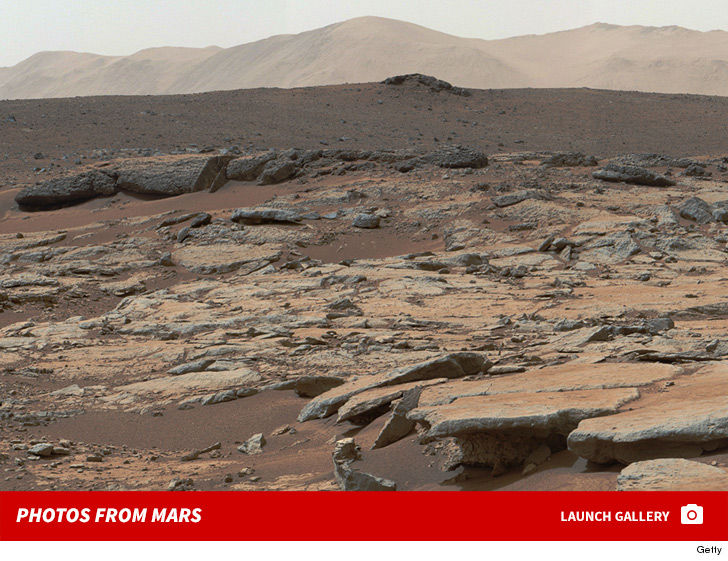