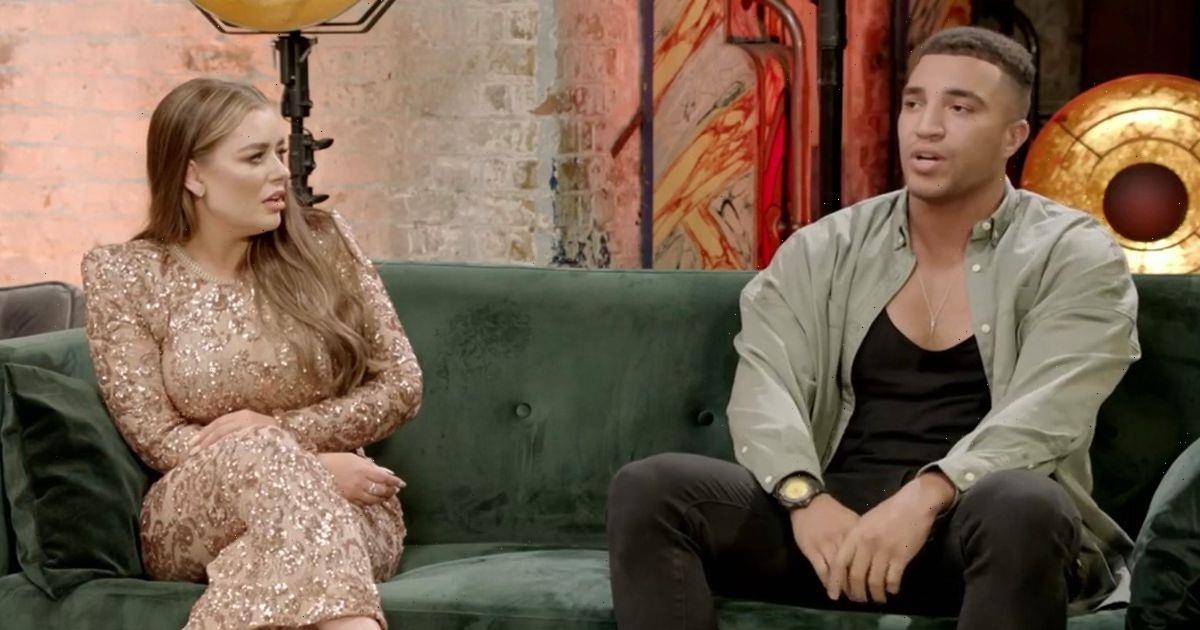 Amy Christophers and Josh Christie's split has been revealed on the Married At First Sight reunion, which aired on Monday 4 October.

Sports journalist Amy, 34, attended the reunion alone and revealed to some of her fellow cast mates her romance with 26 year old Josh didn't work out.

Although their romance didn't last Amy admitted that she did in fact fall in love with Josh.

And, as Josh entered the room Amy greeted her ex with a hug. Fans reacted to the moment on Twitter, with some calling it "awkward" while others sympathised with Amy.

One said: "Omg poor Amy #MAFSUK #MarriedAtFirstSightuk" while another wrote: "I don't know why Amy is shocked by this outcome. We could all see it and these girls need to stop doing this to her! #MAFSUK".

While a third added: "Really wanted Amy and Josh to work out #MAFSUK".

But, not everyone was surprised they didn't work out. One said: "Amy & Josh not been together is the least shocking thing to happen this season #MAFSUK #MarriedAtFirstSightuk".

Another added: "Josh and Amy arn’t together anymore. Wow. Who have guessed that would happen #MAFSUK" followed by a rolling eyes emoji.

Later in the episode, Amy and Josh sat down on the sofa to discuss how things ended between them.

During the conversation, Amy revealed she was "warned" by some of her fellow MAFS stars about Josh.

Breaking down in tears Amy admitted it "really hurts" that Josh "doesn't see her worth". She told the experts: "For me personally, I feel like a lot of people in this experiment tried to warn me about how he was going to be and I couldn't see it for myself.

Amy became emotional as she added: "I came into this fully open and wanting this to be the one and it didn't work."

Breaking down in tears the former glamour model said: "It's just another guy who's not seeing my worth and doesn't wanna be with me and that really hurts."

But, Jordan insisted that wasn't the case. During the chat, Josh admitted it was a "build up of things" that made him realise he no longer wanted to be with Amy.

When Paul C Brunson asked Josh what the last moment was when he decided to end things with Amy, he said he couldn't remember. Amy then snapped: "Well it couldn't have been that significant then if you can't remember it."

Josh then explained: "One minute we're good, one minute we're bad and there's plenty of scenarios where you just flip for no reason. I'll tolerate a lot of things but it comes to a point where you know your worth and it's like: 'I don't need to be putting up with this'."

Stay up to date with all the latest on the Married At First Sight stars and many more celebs by signing up to OK!'s daily celebrity newsletter.