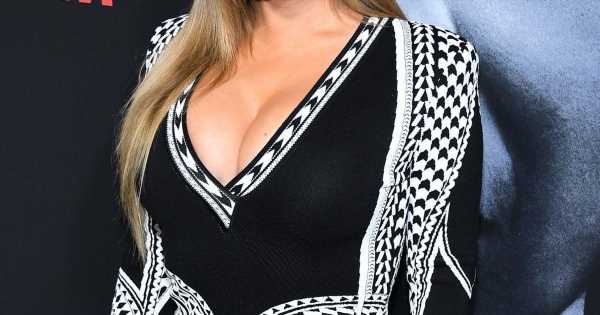 Singer Mariah Carey and her co-songwriter Walter Afansieff have reportedly been named in a lawsuit brought by Andy Stone, who has accused the pair of copying the huge song All I Want for Christmas is You.

Mariah, 53, is reportedly being sued for $20 million (£16 million) following claims from Andy that the hit song was taken from a tune with the same name that he wrote for Vince Vance and the Valiants back in 1989.

Legal documents have been filed to the US District Court in the Eastern District of Louisiana and Andy claims he never gave permission for the song to be used.

Legal documents, which have been obtained by the PA news agency, claim that Mariah, along with her collaborators on the song: “knowingly, willfully, and intentionally engaged in a campaign” to infringe Andy’s copyright of the song.

The documents are also said to reveal that Mariah and collaborators are also accused of committing “acts of unjust enrichment by the unauthorised appropriation of plaintiff’s work and the goodwill associated therewith”.

OK! has contacted a representative for Mariah for comment.

All I Want for Christmas is You is a huge Christmas anthem that was originally recorded by the singer in 1994 for her fourth studio album and first Christmas album, Merry Christmas.

The Hero singer has performed the song during many live television appearances and tours throughout her career. In 2010, she re-recorded the song for her second Christmas album, Merry Christmas II You. It has been a huge hit for the star and been a big earner for her.

The hit song topped the US and UK charts in 2019 and 2020 respectively, two-and-half decades after its original release. It's also certified Diamond in the States, denoting 10million copies sold.

The song is widely played and downloaded around the world which equals a huge sleigh load of royalties into Mariah’s bank account every year.

According to Business Insider, the song manages to gross around £45 million from sales across the globe each year.

Speaking about her decision to curate a Christmas album, Mariah has explained she was initially reluctant to get started.

Speaking to NME, she previously said: “It means that someone smarter than myself suggested I do a Christmas album as a young, young girl and I was like: ‘Hmmm – doesn’t that happen later in life?’”

For your latest Showbiz and TV news, sign up to OK!'s royal newsletter here.