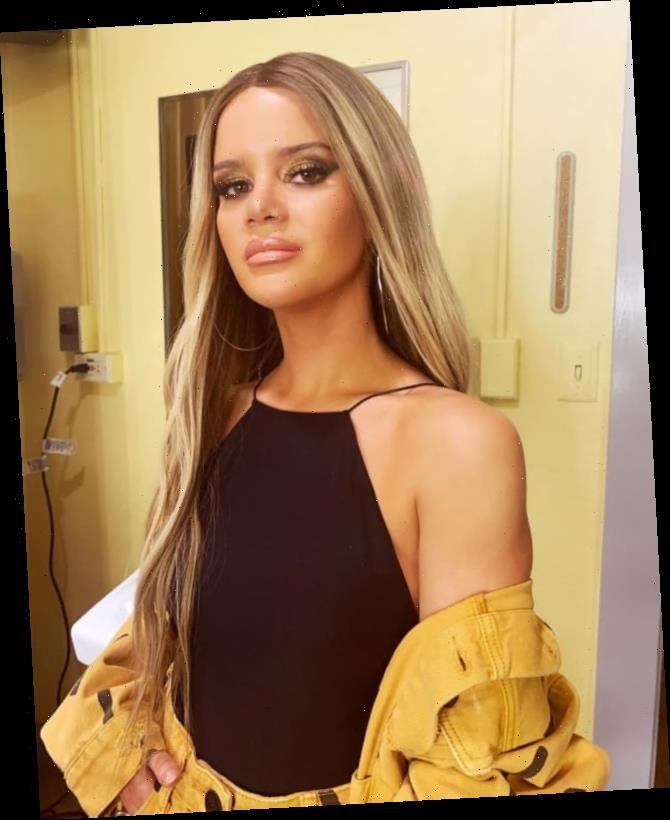 On January 6, 2021, armed Trump supporters stormed the nation’s capitol in an attempt to overturn the election results with deadly force.

Despite the deaths and the permanent stain upon our country’s history, their attempt at a white nationalist revolution failed — this time.

Celebrities were livetweeting just like the rest of us. Some in the Country music scene had some alarming takes on the horrific attack.

No one is more disappointed to see Country stars sharing conspiracy theories than singer and songwriter Maren Morris, who is calling out her peers.

“Something my WW2 fighting Paw-Paw never told me about,” she added, “something my parents never had to go through…”

Maren then shared that she was “thinking about how I will tell my son about this one day.”

“My friend posted this today,” she followed up the next day.

Contained within the tweet was a series of screenshots of debunked conspiracy theories, accusing “antifa” of carrying out a “false flag” to frame Trump supporters for the attack.

“Maybe she should do better research before spewing dangerous conspiracies,” Maren suggested.

“Are these boys still backing the blue? Asking for a friend,” Mickey added.

That line, of course, was in reference to the way that police were battered, harassed, and in one case, killed by the white insurgents.

This is when Maren chimed in below her friend’s tweet.

“How do some singers’ wives conveniently not know the difference between marching for racial injustice and Nazis breaching our Capitol because their guy didn’t win?” she asked.

That is a very fair question — but rhetorical. Sadly, it’s not hard to guess why people who beat and trampled a police officer on November 6 would cheer police when they attacked BLM protesters.

It appears that Maren and Mickey are referring to Brittany Aldean and Brittney Kelley.

The ladies are, respectively, the wives of Jason Aldean and Brian Kelley.

Brittany has signaled her malice at every turn, from announcing support for disgraced Donald Trump, challenging historic Black Lives Matter protests, and even whined about the narrative of the January 6 DC attack.

Brittney Kelley has not technically spoken in support of Trump.

Brian, however, has told at least one fan that he did not vote for President-Elect Joe Biden — and fans know that most, but not all, spouses tend to vote similarly.

Whether Brian was saying that he voted third-party, voted for Trump, or did not vote, the meaning is the same, as none of those options are helpful for America.

Brittany Aldean also whined on social media about being “silenced” after one of her Instagram posts was deleted on Instagram.

The post referred to a false and also dangerous conspiracy theory, alleging that the attack on the capitol was a “false flag.”

It seems that white insurgents storming DC was a wakeup call to multiple social media platforms, who are finally — too late — trying to stop viral misinformation from spreading unchecked.

Just for the record, ntifa is a movement, not an organization. The name is just antifa, as in anti-fascism.

Their whole thing is wearing masks and opposing fascism — that’s it. They don’t have candidates or platforms.

The insurgents storming the capitol were unmasked fascists, the opposite of antifa. Also, dozens of them have already been identified as known Trump-supporters.

Meanwhile, Brittney Kelley had to adjust the caption of one of her own posts.

Initially, she had referred to the white nationalist horde as “patriots.” When they attacked the capitol and she realized how it was looking to the rest of the world, she rephrased.

Maren isn’t the only one who is disappointed. Country music may have been coopted by white supremacists, but there are still good people in that culture who know that bigotry has no place among them.