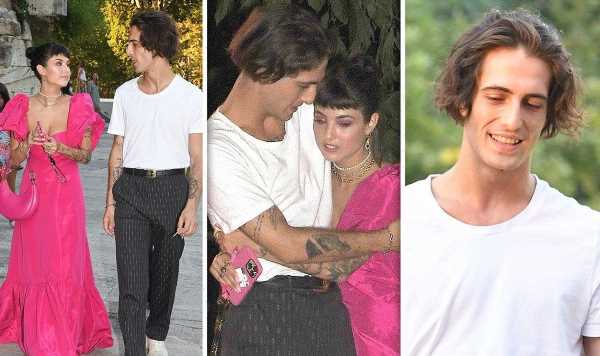 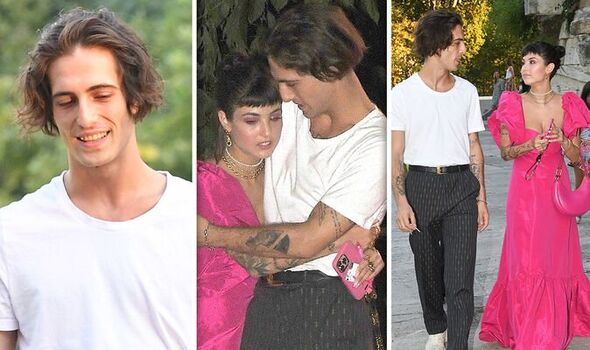 Damiano David put on a loved up display with his stunning girlfriend Giorgia Soleri as he supported her at her book event.

The 23-year-old looked casual and relaxed as he supported the beautiful Giorgia, 26, who recently released a book of her poetry.

Damiano wore a white t-shirt tucked into some pinstriped trousers.

Giorgia looked every inch the Disney princess in a long pink gown with puffy sleeves and a sweetheart neckline, matching her daring eye makeup to the fuchsia hue.

The pair were seen walking hand in hand before cuddling up to one another as they walked the streets of Rome, Italy. 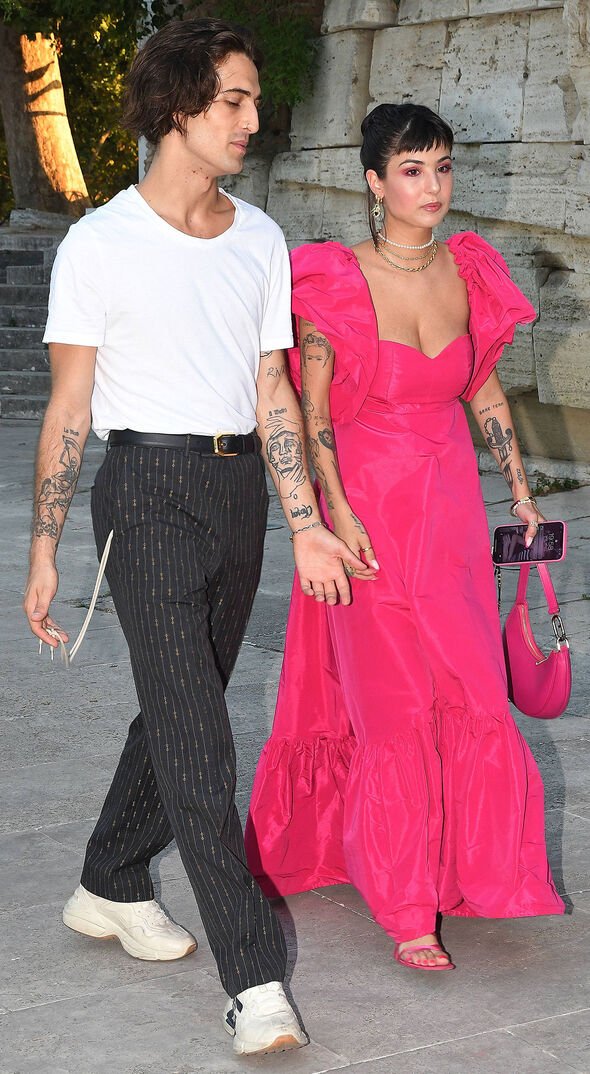 He wore a white t-shirt tucked into some pinstriped trousers. 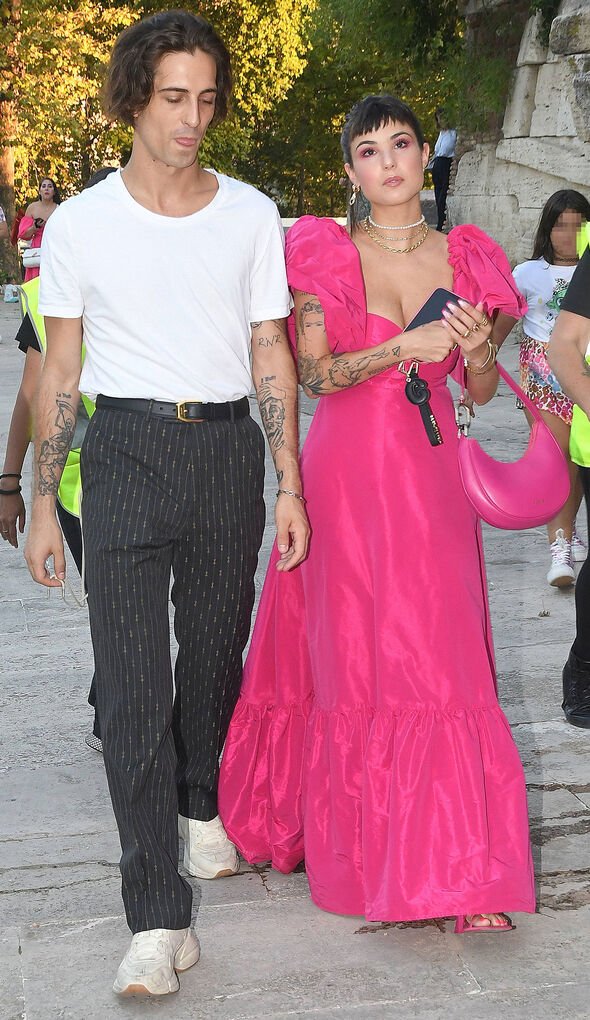 Damiano looked casual and relaxed as he supported the beautiful Giorgia, who has released a book

He shot to global fame when his band Maneskin won Eurovision last year. 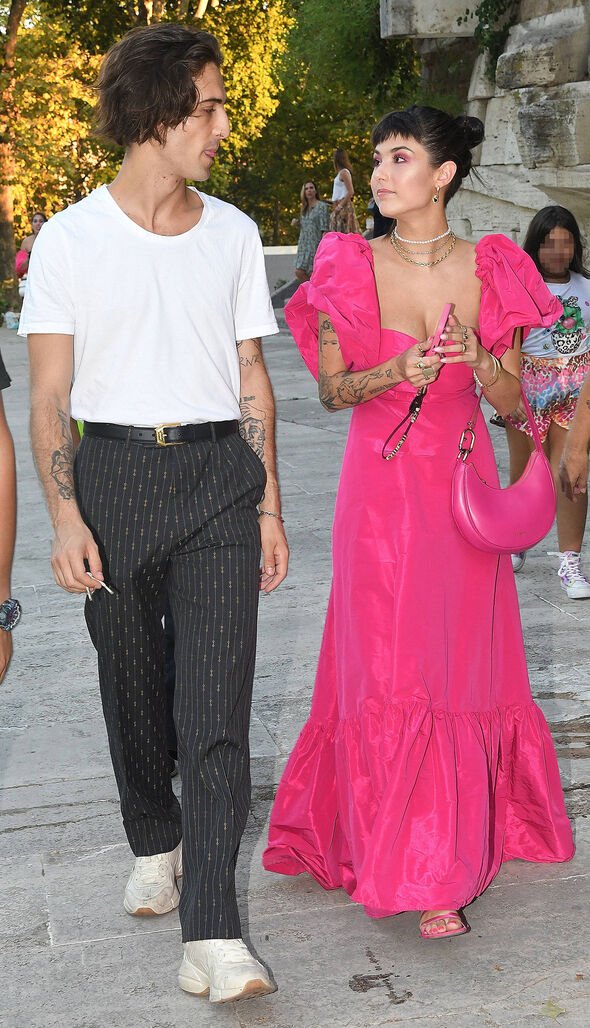 The couple looked loved up and happy as they walked through Rome, Italy

Damiano is from Rome, and that’s where he met bandmates Victoria De Angelis and Thomas Raggi in high school, with drummer Ethan Torchio later joining when he saw their advert on Facebook. 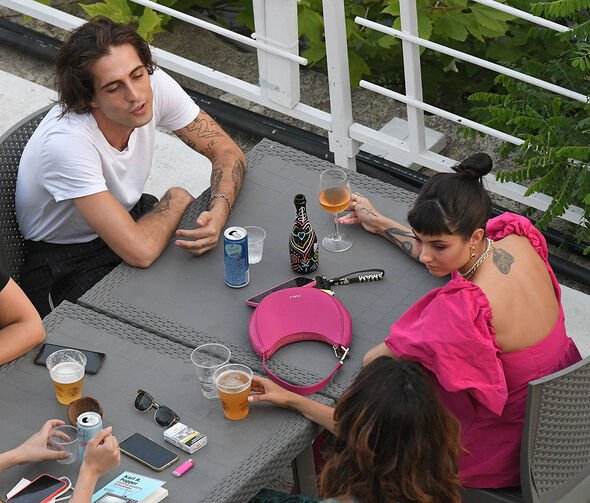 She matched her fuschia dress to her make up, celebrating the release of her book of poems. 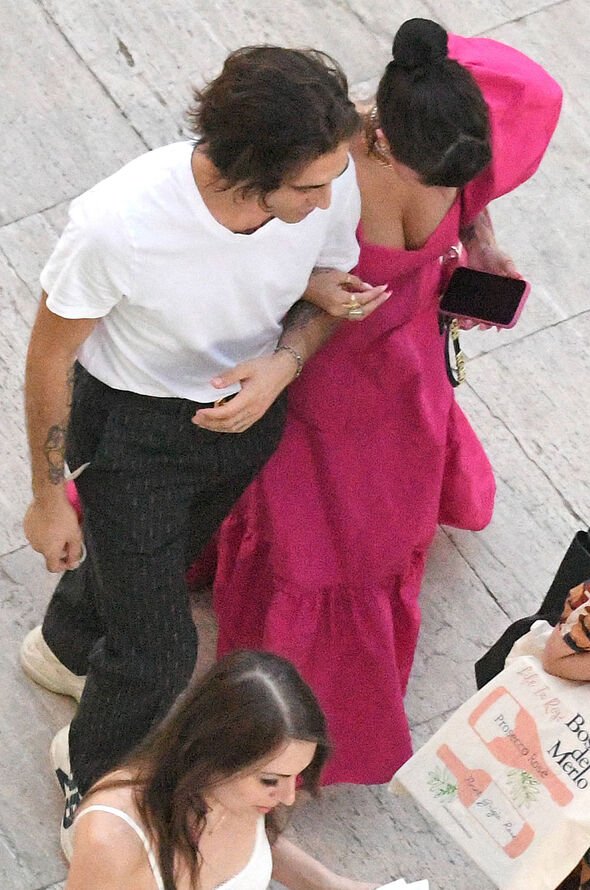 They have been together for around four years, and tend to keep their romance private. 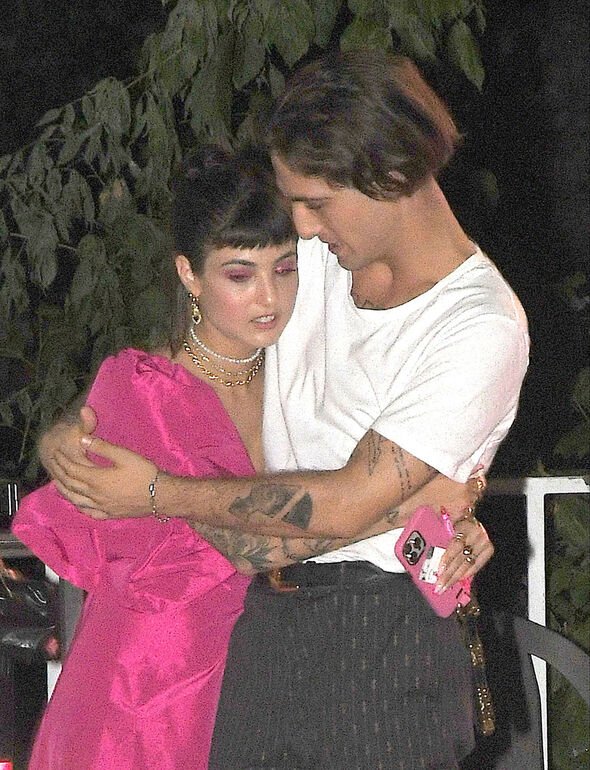 Damiano was caught in a scandal during Eurovision last year

He and his bandmates were forced to deny taking drugs on camera. Damiano stated he had never used drugs, saying “we are not falling into the stereotype of the alcoholic and drugged rock star”. 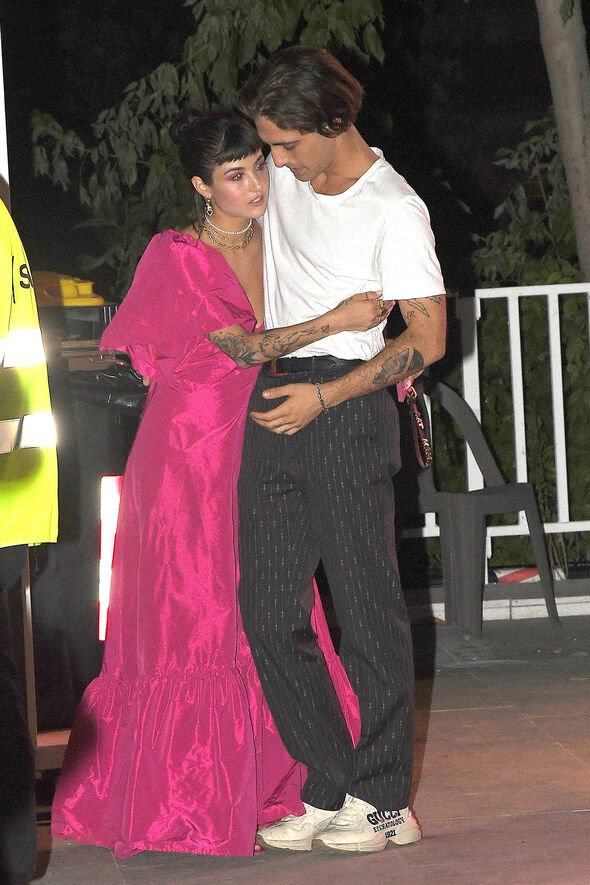 Damiano has regularly supported Giorgia in her poetry career, posting a photo of her book in a shop

Tagging his love, he simply captioned the picture: “Proud”. 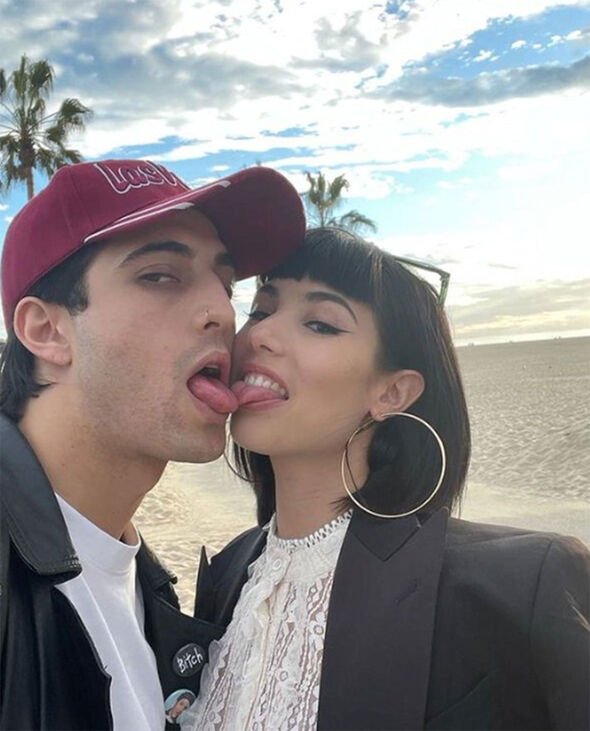 Giorgia’s book is titled La Signorina Nessuno (‘Ms. Nobody’) and arrived in bookstores in April

In August last year, she revealed she was facing a difficult battle with endometriosis, causing her to need surgery.