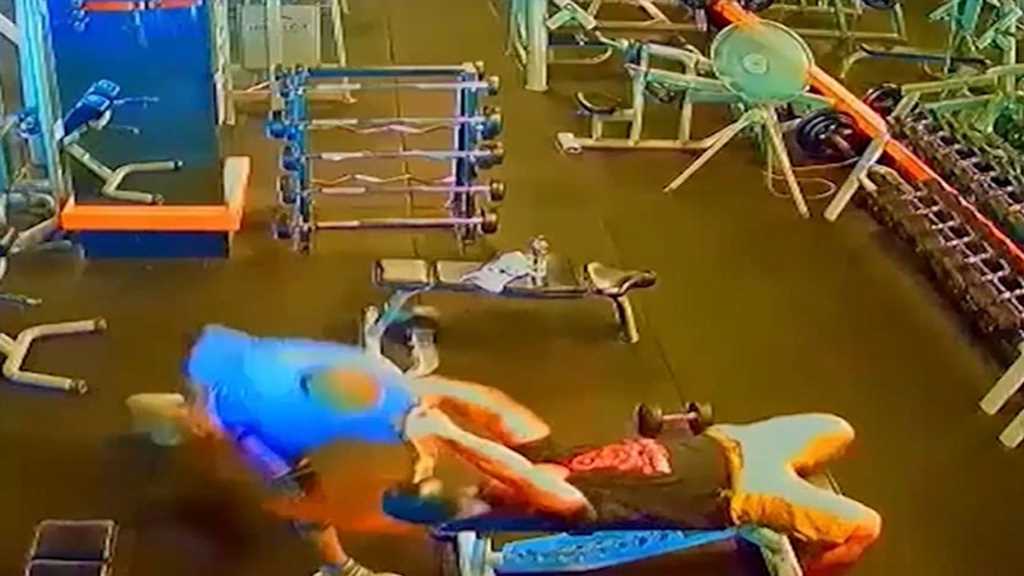 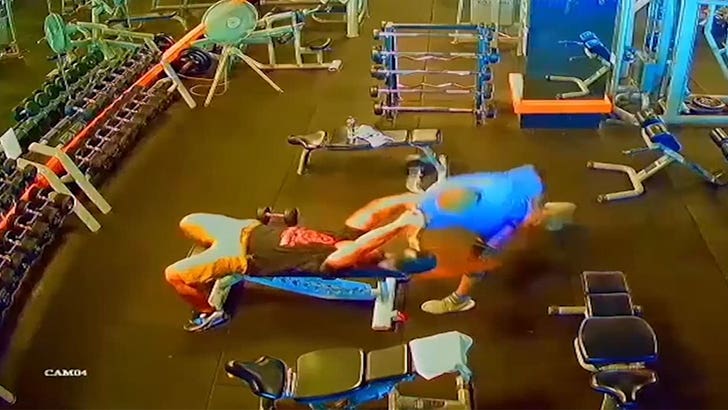 A man was violently sucker-punched in the eye while working out in a Thai gym on Tuesday … and the guy says the attack all went down because he refused to give up his bench press.

The altercation — which happened in Pattaya, Thailand — was captured on video … showing two men seemingly arguing over some equipment in the weight room. 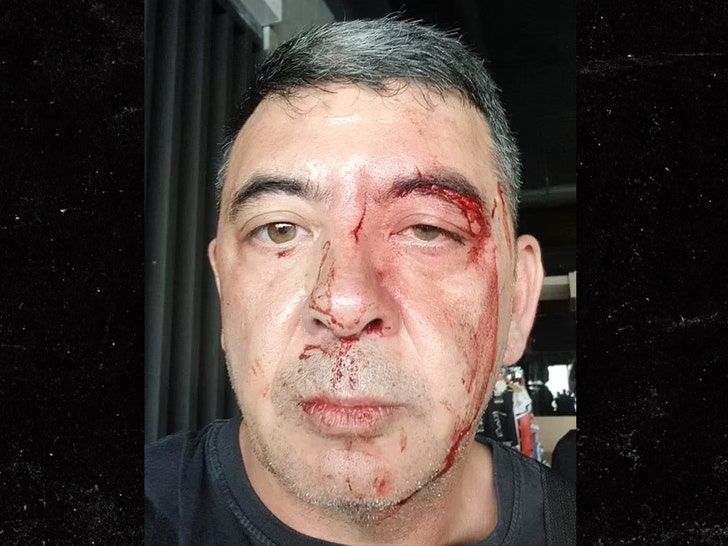 When the guy didn’t give up the equipment, the man in the light shirt seemed to grow annoyed, and left the area. But, he then came back with something in his right hand.

Video shows the guy then punched the man on the bench with the item still tucked into his fist — immediately opening up a gash on the man’s forehead.

The two wrestled for several more moments, before they finally separated.

Following the altercation, the man who was punched revealed he was seriously injured in the attack. The guy claimed he needed 60 stitches to close the wound on his face, and said he also suffered a fractured eye socket too. 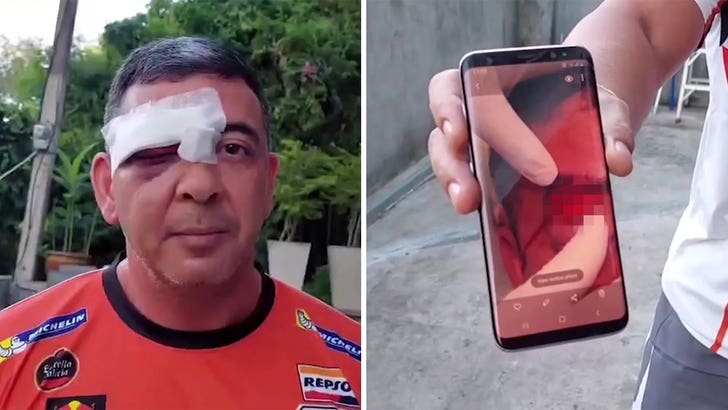 “He could have killed me,” the man said. “If you hit someone in the head with a hammer, it’s like an assassination attempt.”

“This was a piece of metal as big and almost as heavy as a hammer. I’m happy it didn’t knock me out.”

Local authorities say they are investigating the incident and are searching for the suspect. The gym, meanwhile, has reportedly banned the puncher from the venue going forward.