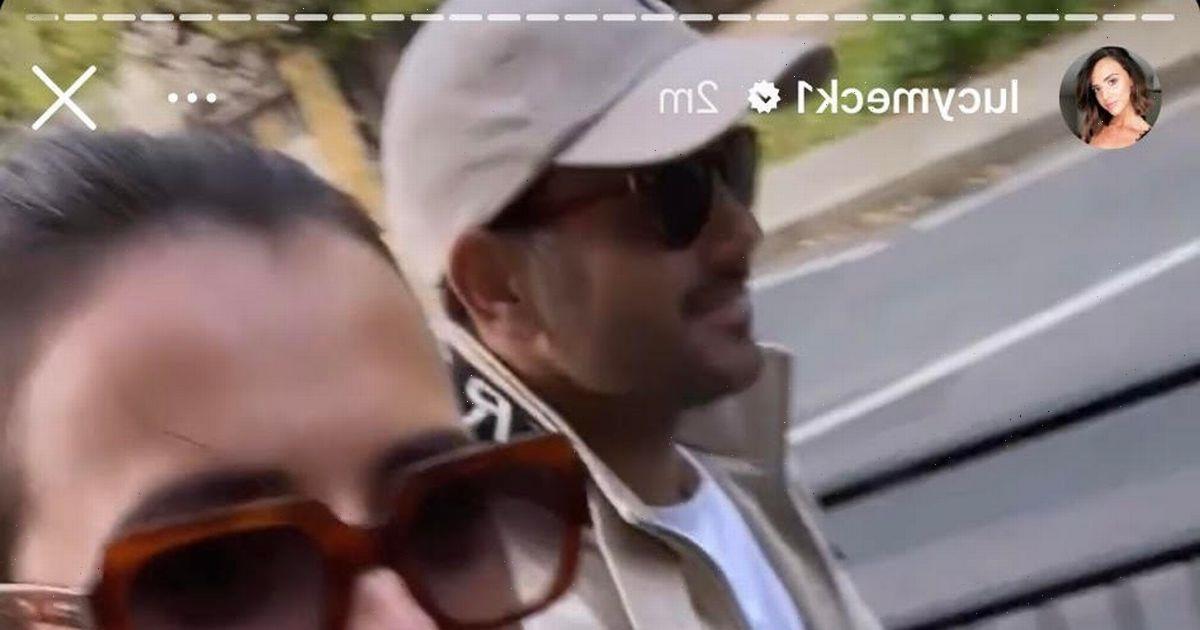 The former TOWIE star posted a few snaps of herself feeding her and Ryan's baby daughter Lilah Rae, to Instagram on Sunday morning.

In the blurry image, Lucy, 31, could be seen smiling slightly with her eyes closed as her almost-five-month-old daughter fed at her breast.

She let her followers know that her daughter had slept through the night, from 11pm to 5am, and noted that she "felt like a new woman."

Lucy also shared an adorable video of her giggling girl as she told her: "Good morning!"

She also shared a sweet snap as she went to kiss her two year old son Roman as she shard that she was "brunching with my babies".

Meanwhile Ryan took to Instagram on Sunday to share a snap of himself at a workout at an F45 gym in Stratford.

Later on, Lucy, Ryan and their children headed out for a leisurely stroll before enjoying a family lunch.

Lucy shares Lilah and Roman with Ryan, 38, who is also a father to 13 year old Scarlett, from a previous relationship with Tina O'Brien, who he met on the set of Coronation Street.

Ryan was seen getting close with Zaraah, 35, as they both attended the National Television Awards, and at one point, at an afterparty, Ryan was seen pulling her into a hug and allegedly nuzzled her neck, in pictures obtained by The Sun.

A source who attended the afterparty told The Sun: "Ryan and Zaraah bumped into each other at the party and seemed to be getting on like a house on fire, chatting and catching up.

“Ryan was inviting Zaraah to come to his house with her family. They were laughing together, and he was looking at something on her phone.

“Then he pulled her in for an affectionate cuddle. The drinks had been flowing all night, and he was obviously caught up in the moment."

Another source said: "Afterwards they were laughing together again. It was clear they had known each other for some time, as Ryan was heard telling her, ‘You know me so well’. He then went on to tell her, ‘You know what I’m like.’ It was all very playful."

A representative for Zaraah has insisted the pair are just good friends, having known each other for over 20 years.

They said: "Zaraah and Ryan have been good mates for over 20 years and were just catching up as they haven’t seen each other for quite some time. It’s nothing more than that."

Ryan and Lucy have been together since meeting on Bear Grylls' Celebrity Island in 2017, and Ryan went on to pop the question during a romantic trip to Italy in 2019.

Lucy confirmed the news as she shared a sweet snap of the two at dinner as she placed her engagement ring hand on Ryan's face and beamed as she stared into his eyes.

Alongside the picture, Lucy simply wrote: "I said YES," followed by an engagement ring and red love heart emoji.