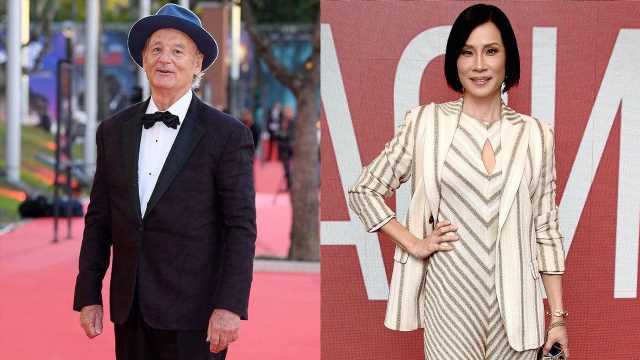 Lucy Liu is opening up about her altercation with Bill Murray on the set of 2000’s Charlie’s Angels. In a new interview with The Los Angeles Times, the actress tells her side of the story of the clash and why she felt the need to stand up for herself.

In her Q & A with the newspaper, Liu is asked about being thought of as a feminist icon thanks to the story that made headlines, including rumors that their disagreement is what caused Murray to be replaced by the late Bernie Mac in the 2003 sequel Charlie’s Angeles: Full Throttle. Liu described in detail her memory of the day, and said that it all started when the cast had reworked a particular scene and Murray wasn’t able to come due to attending a family gathering. Although Liu said that she had the least input in reworking the scene, when Murray came back on set to do the scene, he hurled insults that she felt were directed at her. ET has reached out to Murray’s rep for comment.

“I was, like, ‘Wow, he seems like he’s looking straight at me,'” she recalls. “I couldn’t believe that [the comments] could be towards me, because what do I have to do with anything majorly important at that time? I literally do the look around my shoulder thing, like, who is he talking to behind me? I say, ‘I’m so sorry. Are you talking to me?’ And clearly he was, because then it started to become a one-on-one communication.”

“Some of the language was inexcusable and unacceptable, and I was not going to just sit there and take it,” she continues. “So, yes, I stood up for myself, and I don’t regret it. Because no matter how low on the totem pole you may be or wherever you came from, there’s no need to condescend or to put other people down. And I would not stand down, and nor should I have.”

Liu said she has nothing against Murray at all.

“I’ve seen him since then at a SNL reunion, and he came up to me and was perfectly nice,” she says. “But I’m not going to sit there and be attacked.”

The Why Women Kill star said that crew members have come up to her years later to tell her they were grateful to her for standing up to him. She acknowledged that she also still thinks about the incident, particularly, the fallout that occurred.

“I remember after that time, what came out in the press was that I was this and I was that,” she notes. “It was incredible to me how it was turned around and they automatically thought that the woman was the difficult one. … But I didn’t understand how it got flipped when I had nothing to do with instigating it or creating that platform of confrontation or anxiety. So even though it’s been decades, it’s something that obviously I remember very intimately and have not forgotten.”

Earlier this month, Shaun O’Banion, who is listed as a production assistant on Charlie’s Angels, took to social media and refuted rumors that Liu threw punches at Murray. According to O’Banion’s recollection of the incident, Murray rewrote the scene in question, which upset the cast and crew. When Liu spoke up, O’Banion says Murray insulted her and said she was out of her league given that she was a TV star at the time.

“I love Bill Murray (and had worked with him before), but what he said to her was totally uncalled for. Really belittling and s***ty,” O’Banion wrote. “He later apologized though not entirely sincerely imho.”

In April, Liu wrote an op-ed for The Washington Post, reflecting on the impact her casting as Alex Munday in Charlie’s Angels had.

“As part of something so iconic, my character Alex Munday normalized Asian identity for a mainstream audience and made a piece of Americana a little more inclusive,” she wrote.

Liu shared that as a child, she never dreamed that someday she would actually become one of Charlie’s Angels.

“When I was growing up, no one on television, in movies, or on magazine covers looked like me or my family,” she explained.