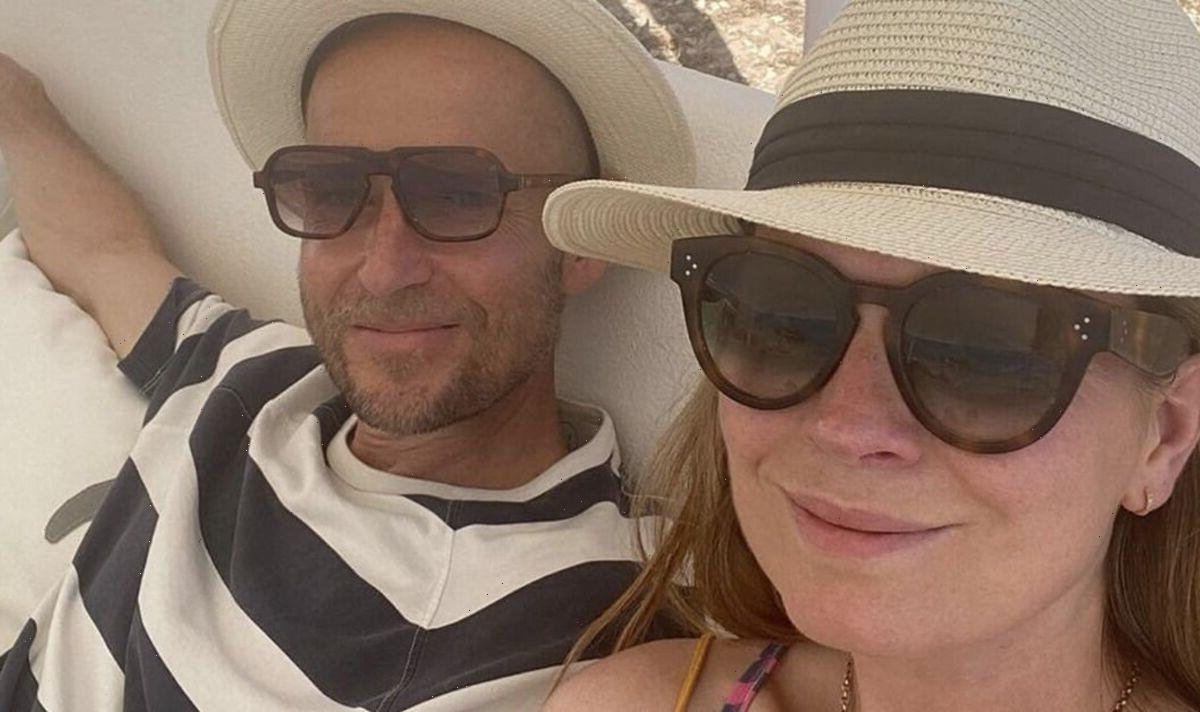 The Homes Under The Hammer presenter, 52, took to Instagram to send her love to fellow TV presenter Jonnie Irwin and his young family, after he revealed he only has months to live.

Sharing her message with her 59.6K followers, she wrote: “The wonderful man @jonnieirwintv Is a true ledge.

“The best presenter who puts a smile on my face EVERY time I watch him.

“My 83 year old dad loves him and talks about ‘Jonnie from the telly,’ as if he knows him because he has that effect.

“A true honest sad story in @hellomag, about his journey, love to you and your beautiful family.”

Lucy’s tribute comes as the A Place In The Sun presenter revealed that his lung cancer has spread to his brain.

The Escape To The Country host, 48, who shares his three-year-old son Rex and twins Rafa and Cormac with his wife Jessica, had initially decided to keep his illness private.

Speaking to Hello! Magazine, Jonnie 48, said he chose to share his diagnosis in the hope that it will “inspire people to make the most of everyday.”

The Channel 4 presenter explained that he first became aware of his symptoms back in 2020.

He explained that his vision went blurry while he was driving after filming for the TV show A Place In The Sun in Italy.

He said: “Within a week of flying back from filming,I was given six months to live.

“I then had to go home and tell my wife, who was looking after our babies, that she is now on her own pretty much.

“That was devastating. All I could do was apologise. I felt so responsible”.

The heartfelt message from BBC star Lucy is one of thousands Jonnie has received since he shared his tragic diagnosis with his fans.

A Place In The Sun’s bosses posted on his page: “We don’t have the words.

“We just have love, affection and respect for our friend and colleague of so many years, the wonderful Jonnie Irwin. We’re thinking of you, Jess and the boys x.”

Fellow TV presenter Jenni Falconer posted: “Sending love and thinking of you all.”

Jonnie’s diagnosis will come as a devastating shock to his co-presenter of six years on A Place In The Sun, Scarlette Douglas.

The popular TV star is currently a campmate on the hit ITV show I’m A Celebrity…Get Me Out of Here!.

It’s been revealed that Scarlette will not be told of Jonnie’s terminal illness while she is in the jungle.

Strict rules in camp prevent contestants from receiving news about the outside world unless it involves direct family members.