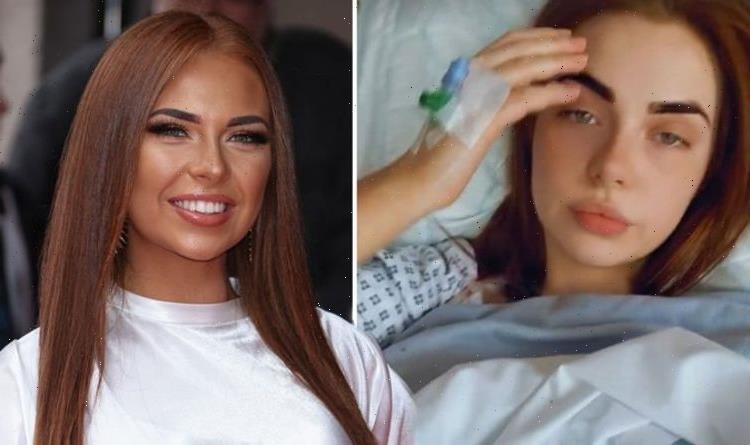 Demi Jones on how she stays 'positive' following diagnosis

Love Island alumni, Demi Jones, 21, has revealed she has undergone surgery after being diagnosed with thyroid cancer. The reality television personality underwent a biopsy in April after discovering a lump on her neck.

Now, Demi has spoken of her diagnosis, admitting that she is trying to remain positive and looking towards the future.

Demi has continued to document her journey, inspiring her 1.2 million Instagram followers as she shares updates, encouraging fans to get checked out should they notice anything unusual.

Despite her battle, the former fashion advisor has admitted that she is looking towards July 19, dubbed “freedom day” so she can celebrate alongside her friends.

In a new interview, the Winter Love Island star admitted you have to be “strong-minded” in order to pull yourself through such struggles.

Speaking to Capital XTRA’s Will Njobvu, Demi said: “I’m staying positive, I’ve had my two surgeries, I feel like that’s the worst thing to go through, two surgeries in six weeks, but I’ve bounced back pretty quick and it’s just nice to be out with my friends — bring on the 19th July, I’m ready to dance and have fun again.”

Discussing her positive mindset, Demi went on to say: “Do you know what, I feel like if I didn’t I would make myself ill.”

“You’d make yourself depressed, so I’m staying super positive and I’ve got some more treatment in September coming up and then hopefully by the end of the year I’ll find out if I’m cancer-free!”

The starlet admitted ahead of sharing her diagnosis with her Instagram followers that she was nervous, but is glad she did as she helped Brits spot crucial signs.

“It was hard because I feel like I’m sharing a massive side of me that’s really important,” she revealed.

Demi, from Portsmouth, explained: “But the impact it’s had – I was literally at a train station two days ago and a woman just comes up to me and goes ‘Demi, thank you, because if it wasn’t for you I wouldn’t have had my lump checked last week’ and just walked past.

“I was like ‘wow’ — it’s so great I’m having this impact on people which is amazing but it is hard because sometimes when I’m out drinking or I’m out having fun with my girls, people are constantly coming up to me and asking me about it and it can be quite emotionally hard.”

The star, who previously said she never responds to trolls, was clearly so upset by the message that she had to address it.

It read: “Hahaha you got cancer @demijones.”