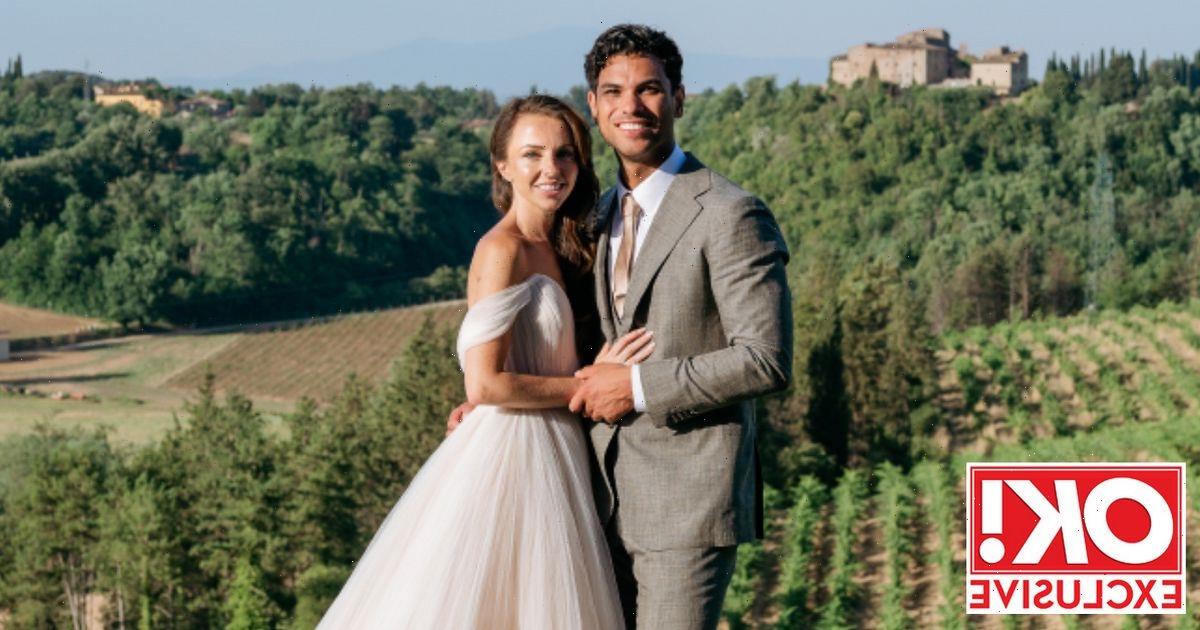 Newlywed Louisa Lytton has opened up about her close friend Kelsey Parker missing her big day.

EastEnders actress Louisa recently tied the knot with partner Ben Bhanvra in a ceremony exclusively covered by OK!, but her pal Kelsey, who lost husband Tom Parker to brain cancer in March, was sadly unable to attend.

Louisa and Tom became friends after starring in a UK Ireland tour of musical Grease as as Danny and Rizzo in 2017.

And speaking exclusively to OK! following her wedding, Louisa says Kelsey was “so excited” to fly over to see her get married, but reveals: “She was so excited to come but she couldn’t make it.

"She actually had her grandma’s 90th birthday. She definitely would have been there if it wasn’t such an important occasion back home. But she’s got so much going on."

The Wanted singer Tom sadly passed away on 30 March aged 33 after an 18-month battle with a stage four glioblastoma.

A few days after his passing Louisa shared a sweet video of Tom rehearsing for Grease and singing Greased Lightning on her Instagram Stories.

Louisa, 33, captioned the sweet clip with a red love heart emoji and wrote: "Nailed it mate. All of it,” and tagged Kelsey.

The star feared some of her Walford co-stars wouldn’t make it to the Italian ceremony after their flights were cancelled.

Revealing her relief that they were in attendance after the flight drama, she continues: “It was amazing to have her there. We’ve been friends since I was 15. So for us, both to now be grown-up women at my wedding with kids of our own felt really special.”

“And for James and Zaraah to be there was just amazing too,” she adds.

Louisa and Ben’s special day was a long time coming after a series of postponements thanks to the Covid-19 pandemic.

So it was no surprise that there were tears of relief from the couple as they finally said “I do” after having to reorganise their nuptials three times.

“I just felt relieved,” she says. “I felt like we had finally done it. It’s the same for any Covid bride. And I think we’re just so relieved. I remember us giggling at the altar, just thinking about how long it took to get us there.”

“Yeah, we had tears in our eyes but we couldn’t stop giggling,” Ben adds.