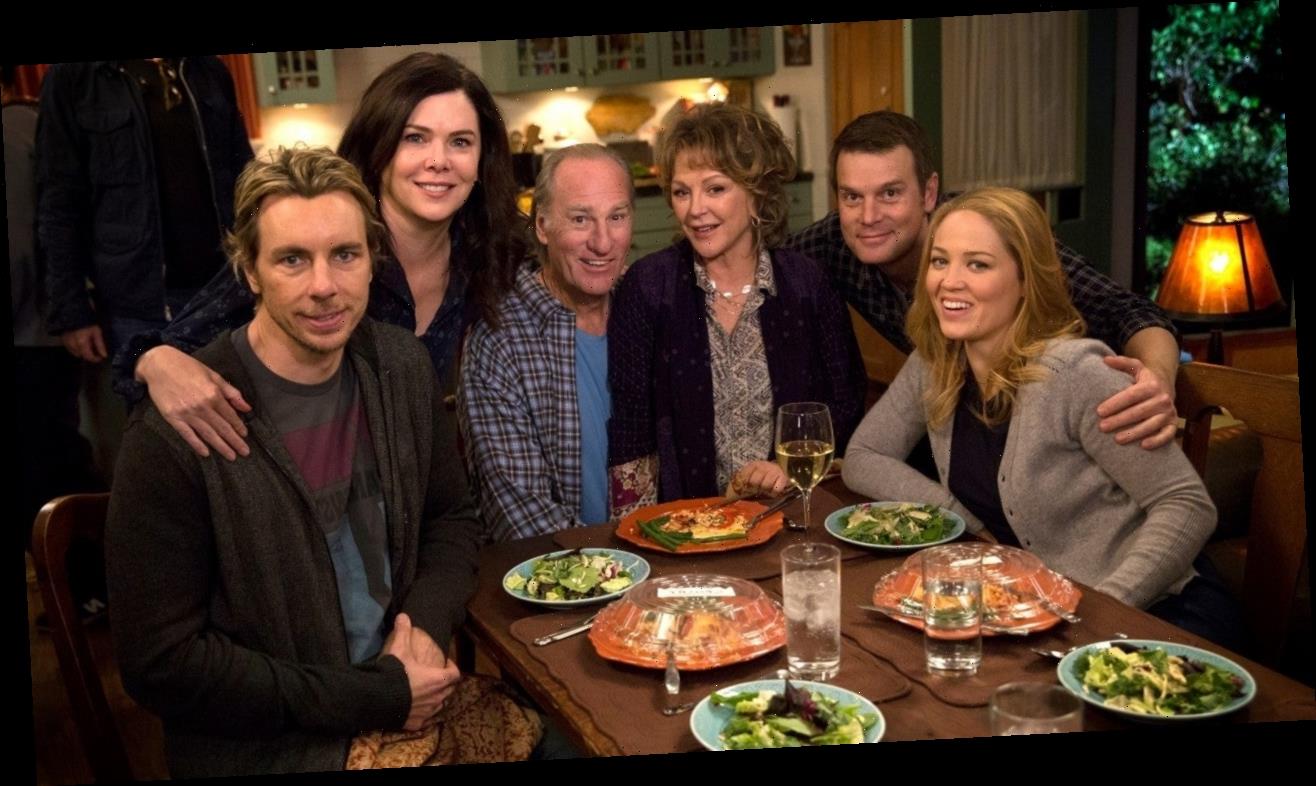 Living near family can be tough, even a fictional family! Lauren Graham and Dax Shepard played Braverman siblings Sarah and Crosby on the hit series Parenthood, and in real life, they’re now actually neighbors.

During a Wednesday night appearance on Jimmy Kimmel Live, 54-year-old Graham discussed her issues with her familiar new neighbor.

“Dax has been working on his new house and the way we’re situated, I pass him all the time,” she explained of her former co-star, who is married to Kristen Bell. “It’s a beautiful house, it’s going to be incredible, but he basically took what others might consider to be the front lawn and turned it into a massive driveway for all his cars.”

And it’s not just cars that 46-year-old Shepard has parked in his large driveway.

“He has this thing that I assumed was just for these times, which is the most massive band tour bus you’ve ever seen,” Graham quipped of Shepard’s giant new camper van. “I pass this every day and I was like, ‘Gosh, when are they going to get rid of the bus?’ He’s out of his mind! And they’re never getting rid of it, Jimmy! He bought that.”

Host Kimmel then asked if Shepard’s presence was causing issues in the neighborhood.

“We gave up a long time ago,” she jokingly replied. “He rides around topless on his motorcycle. You have to just love him.”

“Also, I live with my other brother, Peter [Krause], who lives in my bedroom,” she joked of her co-star and real-life boyfriend. “Yes, it’s confusing.”