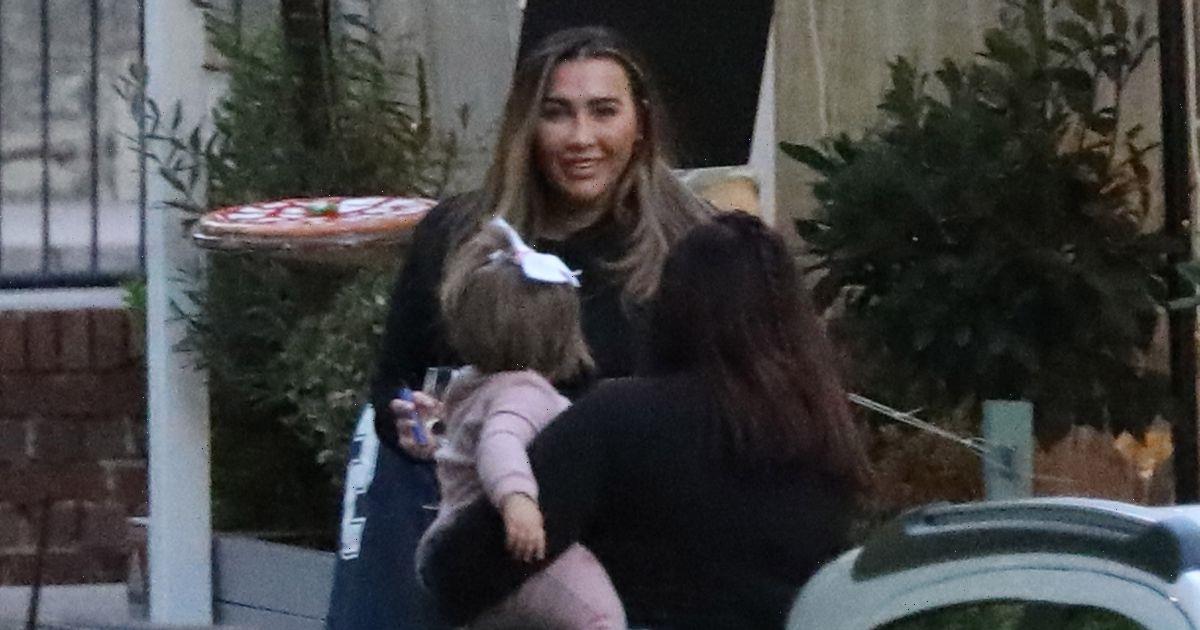 Lauren Goodger appeared to be in good spirits as she joined a group of pals at a local restaurant on Sunday.

The former The Only Way Is Essex star, 35, headed to an Italian restaurant with her baby daughter Larose, one, to celebrate a friend's birthday after recently revealing that she's "adjusting to normal life" following a heartbreaking few months.

Lauren, who recently showed off a photo of her daughter Larose getting her ears pierced, wore an all-black outfit with white crocs and her brunette locks straight to the meal, while her young daughter looked adorable in a pink ensemble and a bow in her hair. The mum-of-one sipped a glass of wine and chatted to her friends as she watched Larose play on the grass outside the venue on 2 October.

She could then be seen running after her daughter outside before smoking an electronic cigarette with friends.

Lauren also shared clips from the fun evening on her Instagram Stories, including one of her pal blowing out the candles on her cake while holding Larose.

A second clip showed Larose sweetly walking around the restaurant before heading over to her mum. The ex-TOWIE star's evening out comes after she recently returned to work and spoke out about finding her "fire and drive" again after a devastating few months.

Over recent months, Lauren tragically lost her baby daughter moments after birth, learned of the heartbreaking death of her ex-boyfriend, and suffered an alleged physical attack.

She took to Instagram to share selfies as she got ready for a photoshoot, and told how she's "adjusting" to normal life and slowly feeling better.

"After taking a break for my mind after everything I’ve been through, I decided to find that fire & drive in me slowly and bit by bit Lauren is coming back may I never be the same again but im adjusting to normal life and it feels good thank you," she wrote. Echoing similar sentiments, a source told OK! that Lauren is making “small steps” towards getting back to her old self after a traumatic few months.

“It’s been the toughest two months of her life. Of course, she’s not fully back to herself, but she’s taking small steps to get back to that.

"Being a mum it’s easy to lose yourself, but Lauren is starting to reach out to more friends, because when everything happened a lot was going on and it’s been hard to keep up with everyone. She’s trying to piece her life back together and it’s going to be a long process," the insider said.