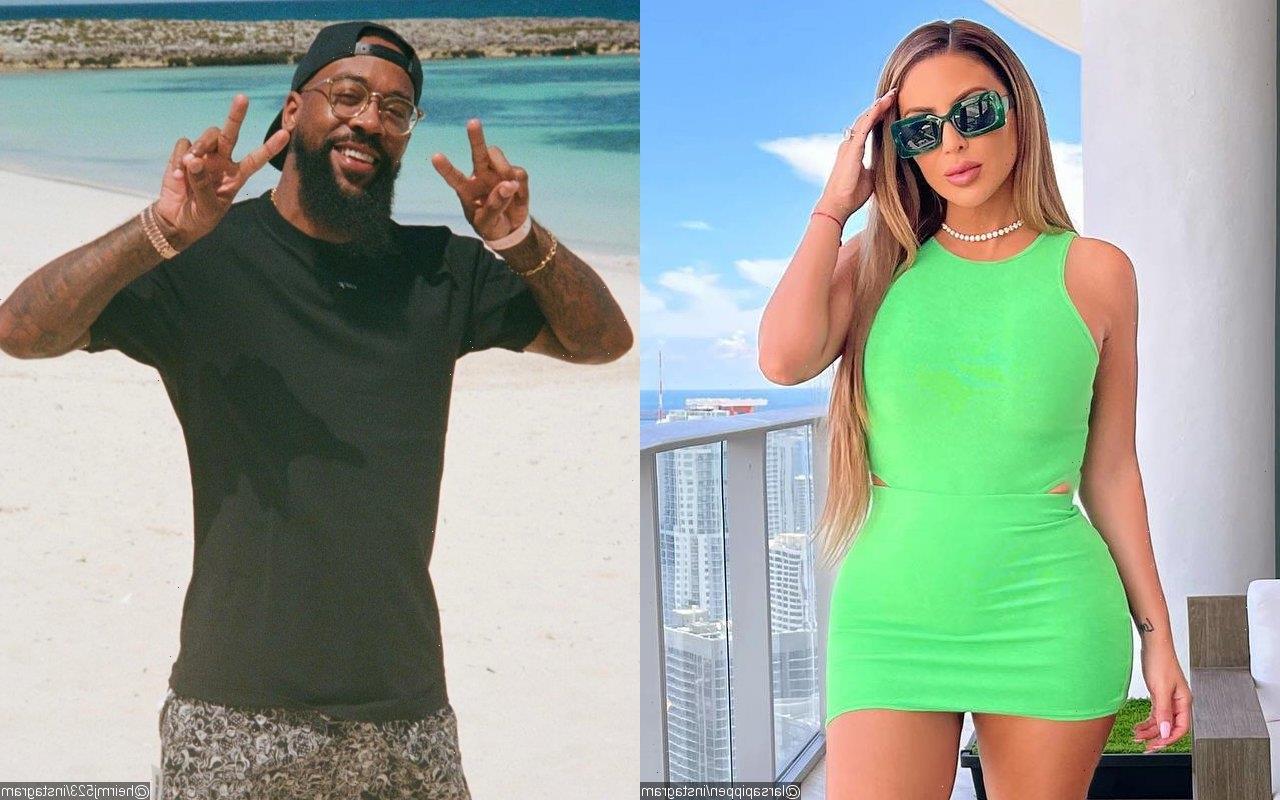 The former spouse of Scottie Pippen and 32-year-old Marcus Jordan are photographed kissing, hugging and cuddling during a romantic dinner date in New York City.

AceShowbiz -Is Larsa Pippen really dating Marcus Jordan? The ex-wife of Scottie Pippen and the son of Michael Jordan were spotted making out shortly after news broke that the two are, in fact, dating.

On Friday, September 23, Us Weekly released intimate photos of the alleged new couple. According to the site, they were seen kissing, hugging and cuddling during a dinner date in New York City on Thursday, September 22.

An eyewitness told the outlet, “Marcus and Larsa are dating and have been spending more time together in recent weeks. They are trying to keep it on the down low because of the rift between Scottie and Michael.”

“They are definitely an item. As the night progressed it was obvious to everyone in the restaurant that she was really into him. She was hugging and kissing him, and she was practically sitting on his lap by the end of the dinner,” said the insider. “It became a bit of a spectacle to onlookers as it was quite distracting.”

Rumors of Larsa and Marcus being an item first emerged after the two were caught getting close at Zuma, a Japanese restaurant in Miami earlier this month. It’s reported that the pair appeared to be on a double date of some sort with another couple at their table.

In photos released by TMZ, it could be seen Larsa and Marcus were sitting down next to each other during their lunch. According to eyewitnesses, the twosome dined for about 45 minutes. After finishing their meal, they were snapped leaving the eatery together with “The Real Housewives of Miami” alum leading the way and the 32-year-old Marcus following closely behind.

As many speculated that they’re an item, a source told TMZ a few days later that Larsa and Marcus were not dating. Insisting that their Miami outing was nothing more than a casual get-together, the informant said that the 48-year-old former Bravolebrity was “not hooking up” with the son of her ex-husband’s nemesis as they’re “strictly friends.”