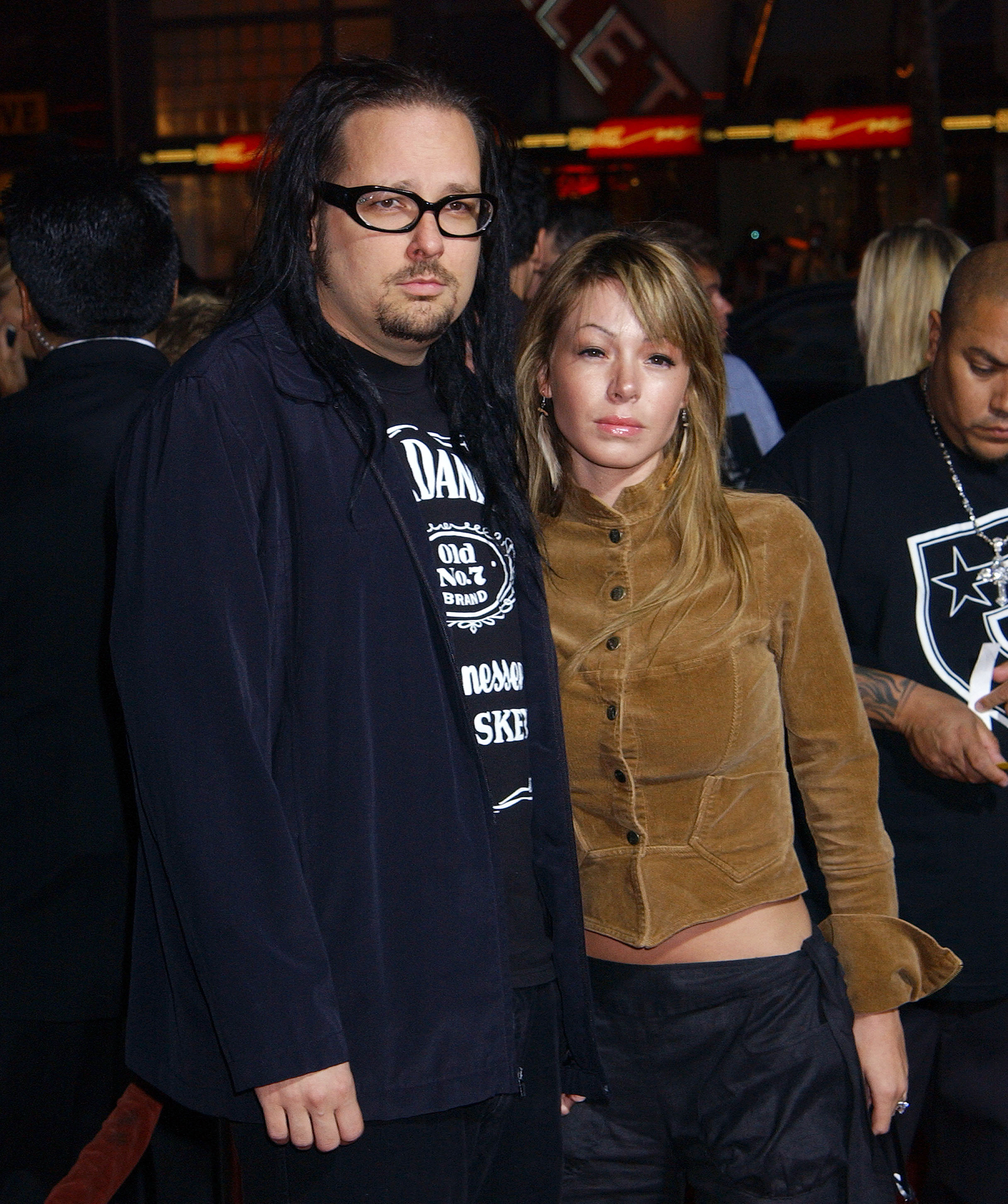 Deven Davis’ cause of death has been revealed. The estranged wife of Korn frontman Jonathan Davis died on August 18 at age 39 due to having five different drugs in her system, according to the autopsy obtained by TMZ. Deven reportedly had cocaine, heroin, clonazepam, topiramate and fluoxetine in her system.

The couple, who married in 2004, shared sons Pirate, 13, and Zeppelin, 11, and were separated at the time of her death. He filed for a divorce in 2016, and he filed for a domestic violence restraining order hours before she was found dead.

On August 22, the 47-year-old singer took to Instagram to defend Deven, admitting that he had “tried to hide” her health issues, but hoped that he can now raise awareness and help others.

“There has been a lot of speculation over what really happened surrounding the death of my wife, Deven, and I want my voice to be heard,” the musician wrote on the social media platform. “Over the past decade, my wife has been very very sick. She had a serious mental illness and her addiction was a side effect. I loved her with ALL of my being. When she was her true self, she was an amazing wife, amazing mother and amazing friend. She was full of life and joy, and she would do anything to share that with those around her.”

He continued: “She is the reason I have advocated so hard for those struggling with their mental health. I want her story to inspire people to reach out for help, and not to be afraid or hide from their illness. If you know someone with a mental illness, have compassion and empathy, and know that they are not bad people, they are suffering. This shouldn’t have to happen to other mothers, or anyone for that matter.”

While the couple had troubles through the years, Deven had been living in a sober home up until about a week before her death. Jonathan has been sober since 1998.

“I’d give anything to have the chance to hold her again, I’d give anything for my kids to have their mother back,” he continued. “Deven, I love you bebe. I’ll never love anyone the way I loved you, and I’ll never get over losing you. … I’ll do everything I can to make your dreams that you had for the future come true in your memory. The tattoo down your back, from the poem I wrote for you when we started saying, ‘Even in death, I’ll be by your side my live,’ in German. I swear one day I’ll be there with you by your side when my ride here on earth is over. I love you, Luber.”

If you or someone you know is struggling with substance abuse, contact the Substance Abuse and Mental Health Services Administration (SAMHSA) National Helpline at 1-800-662-HELP (4357).