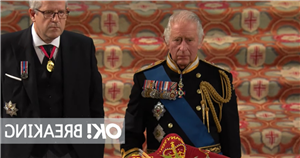 King Charles III has said his final public goodbye to his beloved mother, Queen Elizabeth II, who passed away on 8 September.

The Queen's funeral service took place at Westminster Abbey, followed by a ceremonial procession from the Abbey to Wellington Arch, where the Queen’s coffin left for her Berkshire home of Windsor Castle and a committal service.

King Charles, 73, led the emotional proceedings throughout the day with his wife, Queen Consort Camilla, 74, by his side.

The new monarch wished his mother goodbye one final time as the final service started to come to a close, with the King placing The Queen's Company Camp Colour of the Grenadier Guards on her coffin.

The emotional scene happened during the committal service at St George’s Chapel at Windsor Castle, which saw the Royal Family and many guests come together one last time to pay tribute to Her Majesty.

Among those at the service were former Prime Minister Tony Blair and his wife Cherie, as well as Royals such as Princess Beatrice and Princess Eugenie.

While the state funeral service this morning at Westminster had 2,000 mourners attending, the service was a much smaller gathering with 800 guests including royal family members gathering at St. George's Chapel in Windsor.

This 100 page tribute looks back at the life of our most beloved monarch, Queen Elizabeth II, marking key events during her remarkable 70-year reign, as well as her childhood as a young princess, her enduring love for Prince Philip and her family, and the lasting legacy she leaves our nation.

This edition is available to buy in stores now or it can be purchased online here.

Following this, Her Majesty will be laid to rest in the King George VI Memorial Chapel at Windsor Castle.

Since his death in April last year, her husband of over 70 years, Prince Philip, has been at rest in the Royal Vault – a burial chamber in the grounds of the chapel. On Monday his coffin will be brought to St George's Chapel and he will be buried alongside the Queen.

Queen Elizabeth II's parents, George VI and Queen Elizabeth, The Queen Mother, are already buried at the complex, alongside her sister, Princess Margaret.

A private service will take place at 7.30pm this evening (19 September) after her state funeral comes to a close.

Millions of people across the world tuned in to watch Her Majesty's state funeral live on television, with many Royal fans calling the service 'beautiful' and 'touching'.

Taking to Twitter, one person said: "The beautiful Queen Elizabeth's funeral is just so surreal and a beautiful tribute. I have never witnessed anything so touching. Wow just Wow! RIP Ma'am xx."

A different account put: "So many touching moments from Queen Elizabeth's funeral…so many have noticed this image of the pallbearers. Struck by their composure and grace." 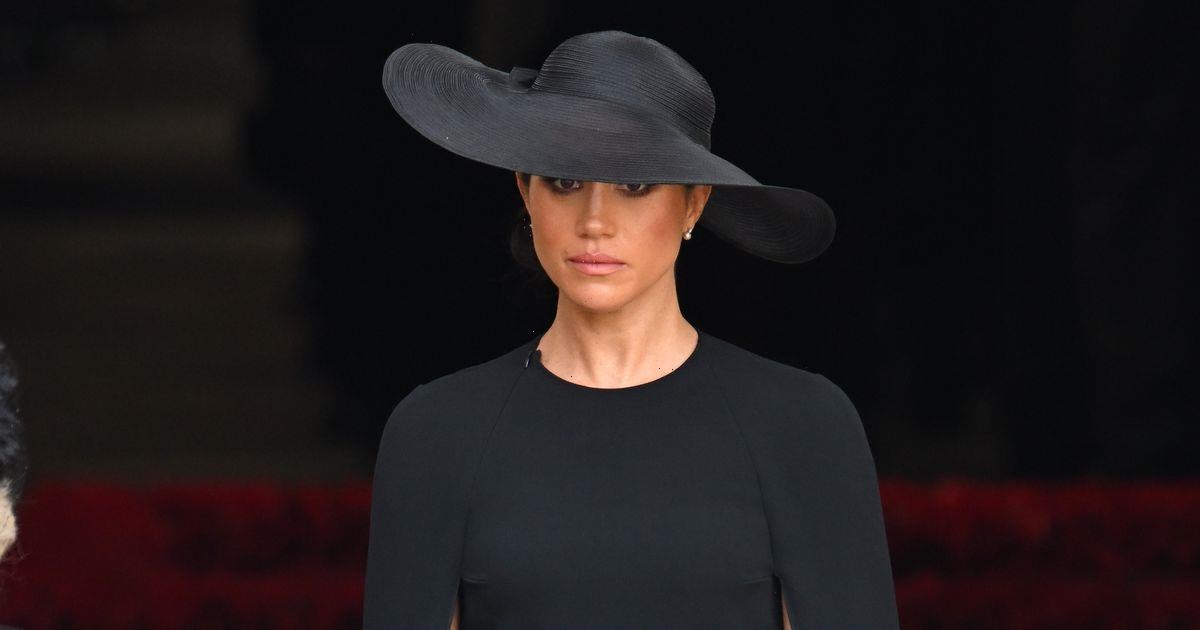 Next post Why Meghan Markle, Beatrice and Eugenie sported gloves to the Queen’s State Funeral