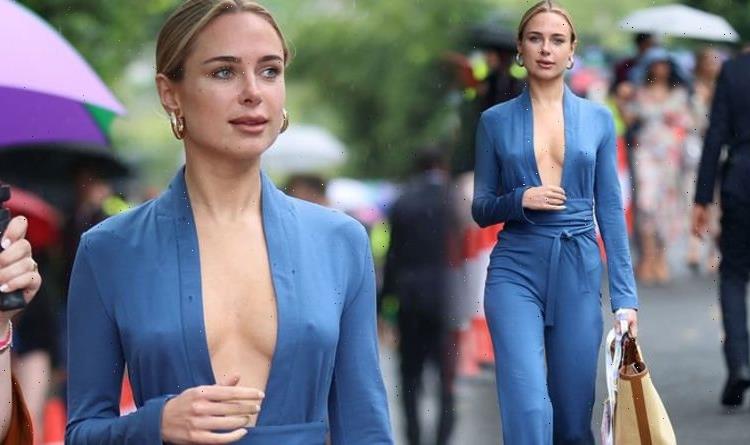 Kimberley Garner tuned heads when she arrived at the 2021 Wimbledon Tennis Championships today in the rain. The 30-year-old star stepped out in a very plunging jumpsuit for day one of the famous tournament.

Her figure-hugging blue number clung to her curves in all the right places and showcased her slim physique.

It featured a matching belt, which also highlighted her tiny waist.

The outfit left little to the imagination with a neckline which went all the way down to her navel.

Kimberley teamed the ensemble with heels and a pair of gold hooped-earrings. 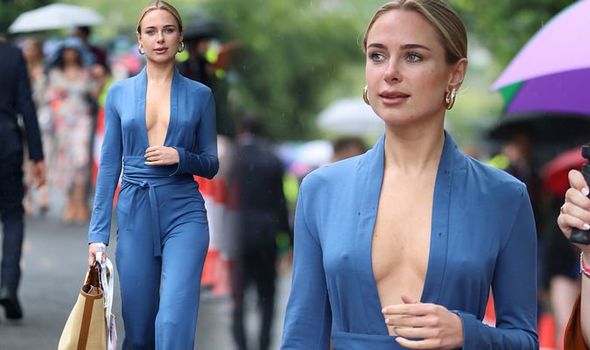 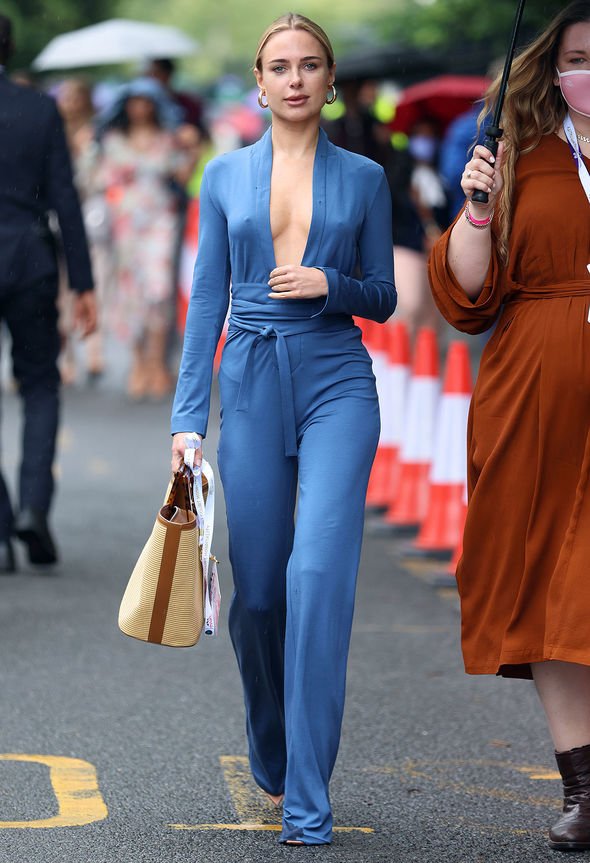 She wore her hair in a sleek low bun for her day at the All England Lawn Tennis Club.

The blonde beauty, who has her own swimwear range, shared updates from the event on her social media account.

She posted a picture of the famous centre court alongside an umbrella emoji.

Earlier in the week, she was seen striking a pose in her tennis whites on Instagram. 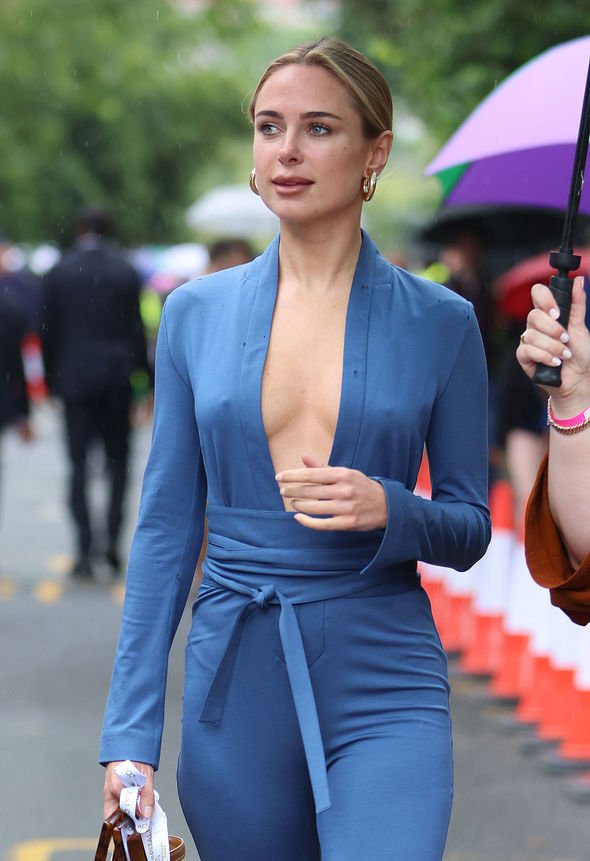 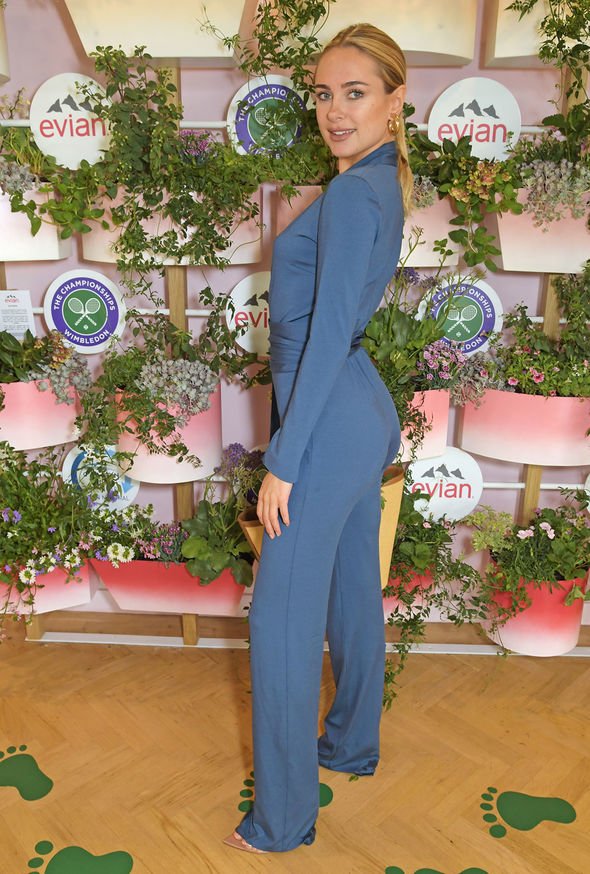 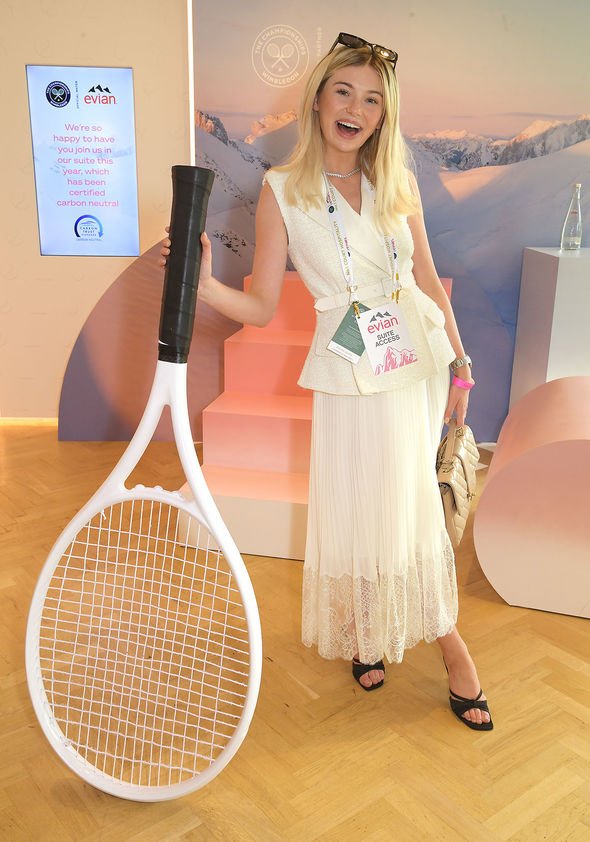 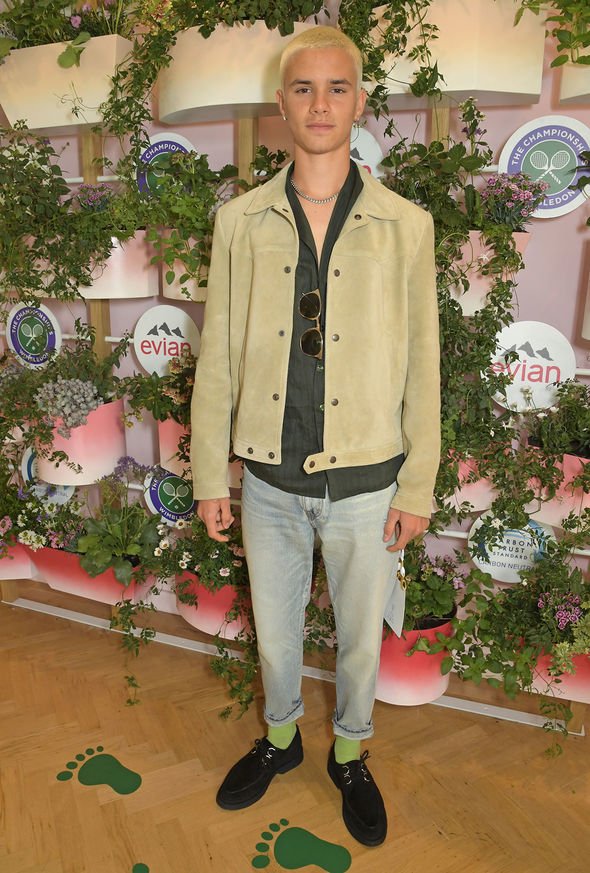 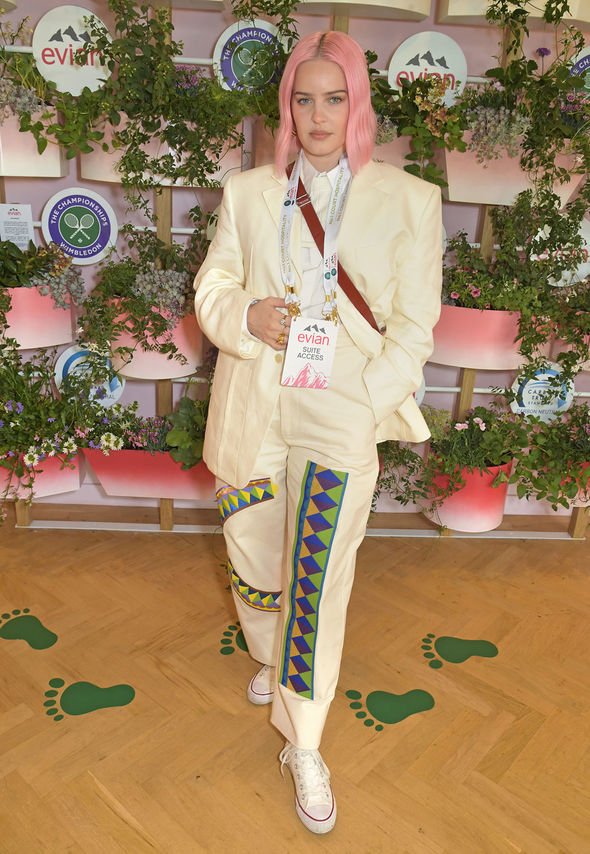 Also at the event today was reality star Georgia Toffolo.

The 26-year-old former I’m A Celebrity… Get Me Out Of Here! winner looked pretty in a cream number with lace detailing.

She teamed a sleeveless blazer-style belted top with a delicate pleated skirt.

Black heels and a pair of dark sunglasses completed her look.

He attended the event with his girlfriend Mia Regan.

It was the first official outing for Victoria and David Beckham’s 18-year-old son and his model partner.

They struck a pose together in the Evian VIP suite.

The Voice UK coach Anne-Marie was also in attendance.

She sported pink hair and a cream suit with a stylish pattern down the trouser leg in the traditional Wimbledon colours of purple and green.

Also making an appearance on the first day of the tournament was Anais Gallagher, the daughter of Noel Gallagher and Meg Mathews.

She kept things cool in a black jumper and trousers, which she paired with a blue coat.