Support system. When Kim Kardashian made a quick trip to Kanye West’s Wyoming ranch, she had her husband’s best interests in mind.

“Kim flew to Wyoming to plea with Kanye to get help and try and figure out some sort of resolution for the two of them and their family,” a source exclusively tells Us Weekly. “Kim has always tried to be there for, support and help Kanye in any way she can, but the way he has been acting and behaving in recent months has taken a toll on her and become a huge burden.”

The Keeping Up With the Kardashians star, 39, touched down in Cody, Wyoming, on Monday, July 27, one week after the “Closed on Sunday” rapper, 43, made headlines for sharing personal details about their family with the public. The Daily Mail published photos of Kardashian crying in a car with West during what appeared to be a tense conversation. The next morning, she flew back to Los Angeles.

While the KKW Beauty founder has continued to show support for the Grammy winner, the future of their relationship remains up in the air.

“Kim and Kanye have talked about the possibility of ending their marriage,” the source tells Us. 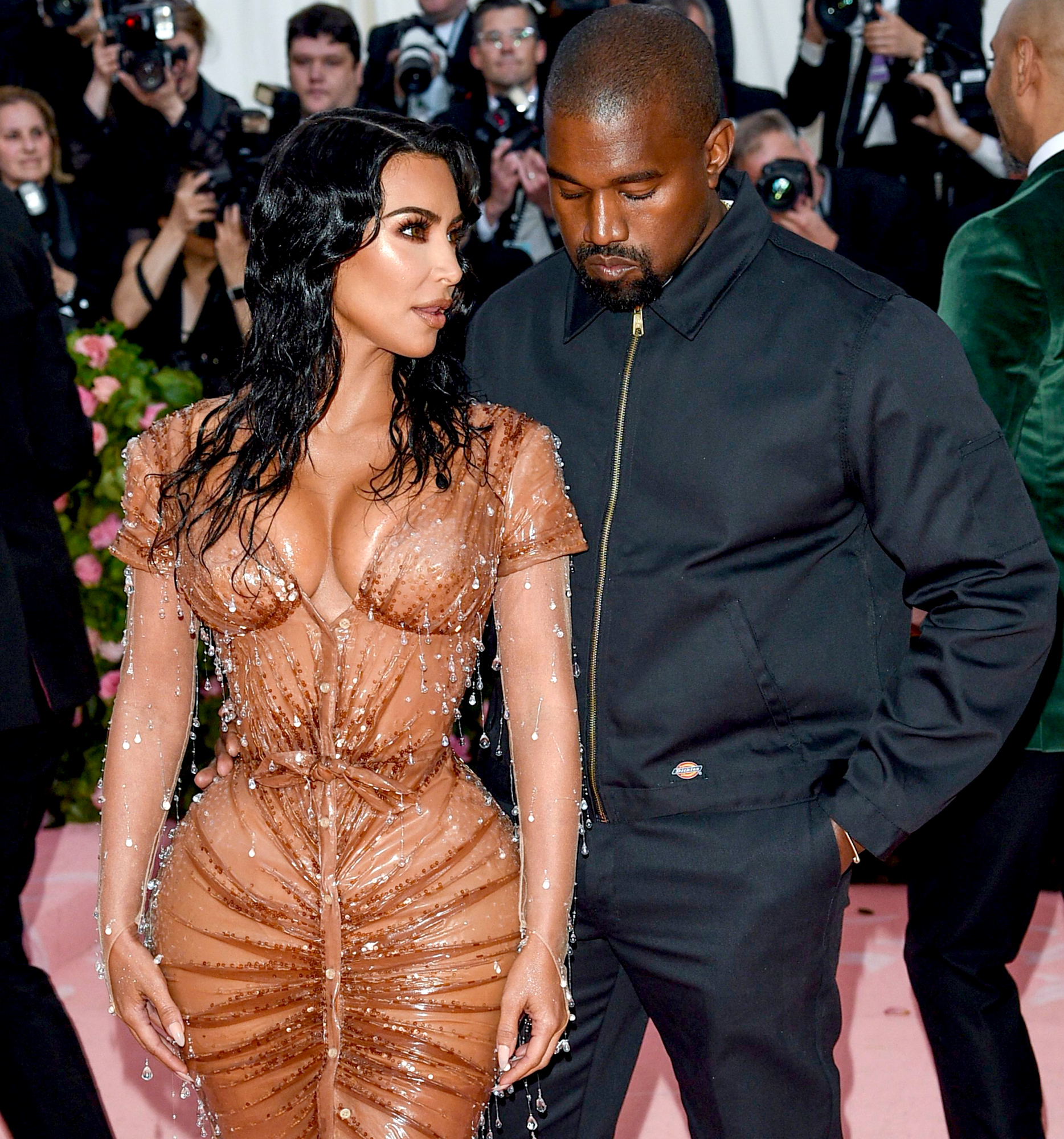 A second insider previously told Us that the couple — who married in May 2014 and share North, 7, Saint, 4, Chicago, 2, and Psalm, 14 months — “had been talking about divorce” months before West’s outbursts.

“Kim has wanted to make this marriage work and so has Kanye,” the insider said on Tuesday, July 28. “They both still love each other and there is still some interest in making this marriage work, but in recent months it has looked way less likely.”

West came under fire on July 19 when he held a presidential campaign rally in South Carolina and told attendees that he and Kardashian had considered aborting their daughter North. The next day, he took to Twitter to accuse the reality star of “trying to fly to Wyoming with a doctor to lock me up.” He later tweeted that he has “been trying to get divorced” for two years.

Us confirmed that the Yeezy designer, who was diagnosed with bipolar disorder in 2016, went to a hospital in Wyoming on Saturday, July 25, “to get checked out” after “experiencing a lot of anxiety.” That same day, he tweeted an apology to Kardashian “for going public with something that was a private matter.”